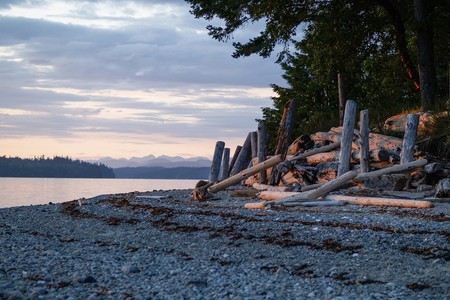 The Discovery Islands archipelago lies along the Inside Passage, between central Vancouver Island and mainland British Columbia, and Quadra and Cortes Islands are the most well known and are where people reside. The islands, in general, are known for their temperate climate, spectacular scenery, wildlife, and adventure activities. Check out the 10 best things to do in the Discovery Islands. 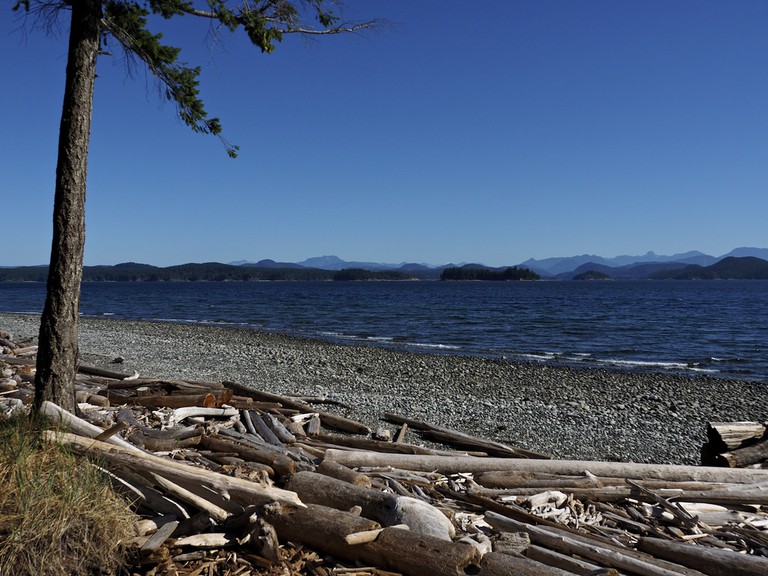 Play a round of golf on Quadra Island

Kayak for a day or more

“The maze of protected channels, fjordal inlets, islands, and the intricate shorelines of Quadra Island and the neighbouring Discovery Islands are a paddlers dream come true.” There are many day and multi-day kayaking options around the Discovery Islands. From Quadra Island, day trips can include visiting the Octopus Islands, the Small Inlet Marine Park, Drew Harbour, Surge Narrows, and Cortes Island’s coastline. During summer, which is the best time to kayak the region, killer whales are visible in Johnstone Strait. Local companies such as Coast Mountain Expeditions do multi-day sea kayak tours around the area, including in Bute Inlet. 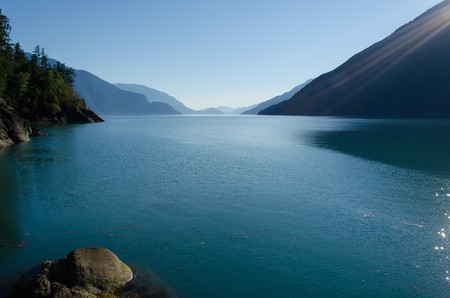 Quadra Island has many hikes for all skill levels; the island’s official website has a list of hiking trails. For easier options that stick to the island’s beautiful shoreline, check out Rebecca Spit Marine Provincial Park, Shellaligan Pass, Maude Island Trail, and the Lighthouse Trail. If you want panoramic views and a little bit more of a challenge, try one of the following options: Chinese Mountains, Mount Seymour, and Beeches Mountain.

As Quadra and Cortes Islands are the most developed, they are the best places to both road cycle and mountain bike. Cortes Island’s quiet roads make it a perfect place to cycle, but it also features mountain bike trails. Meanwhile, on Quadra Island, visit this trails map for a guide to the island’s many excellent backcountry rides. Apparently, the island is fast becoming one of BC’s best mountain biking destinations. Discovery Island Water Taxi also offers cycling options and deals for people wanting to take a biking day trip to the Discovery Islands.

Quadra and Cortes Islands have close-knit artistic communities. They also both offer annual tours of their arts and crafts studios and workshops. On Cortes Island, the Cortes Island Museum hosts the Creative Spaces Tour annually in June. It includes visiting local gardens and studios. The Quadra Island Studio Tour is also in June and features work (and demonstrations) from over 30 artists in 20 studios. The Quadra Island Arts website also lists which studios are open year-round.

Fish for salmon and halibut

Cortes Island is known for its world-class fishing. The two main catches in the area are salmon and halibut. The island has a marina, docks, boat launches, and a yacht club, so it’s definitely ready for boaters. On Quadra Island, popular areas include those around Cape Mudge, Quathiaski Cove, and Rebecca Spit. For trout fishing, locals suggest heading to Main Lakes Provincial Park. There are also fishing charters available from Quadra Island and Campbell River on Vancouver Island if that’s more your style. 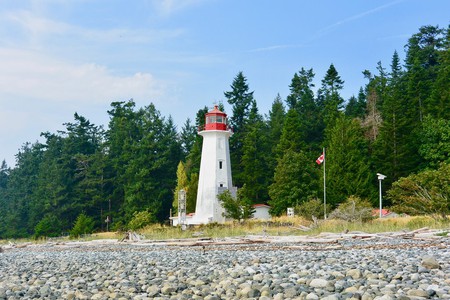 Dive in one of the world’s top locations

The Jacques Cousteau Society called Discovery Islands one of the world’s top diving sites, so all skill levels can expect to be dazzled underwater in the region. The surrounding waters are known for being clear, cold, and nutrient-rich, and in 1996, the HMCS Columbia was sunk off the coast of Quadra Island, which created an amazing artificial reef. Other recommended areas to dive off Quadra Island include the old ferry dock at Quathiaski Cove and Steep Island. Desolation Sound is another place that’s popular with scuba divers too.

The waters surrounding the Discovery Islands are brimming with an abundance of marine life. Depending on the time of year, animals that often call the area home include orcas, humpback and gray whales, dolphins, seals, and sea lions. As mentioned, the best whale-watching takes place around Johnstone Strait. For bird-watchers, expect to see bald eagles, osprey, and great blue herons. Deep in the forest of islands such as Quadra Island, there are black bears (not grizzlies), wolves, cougars, and deer. 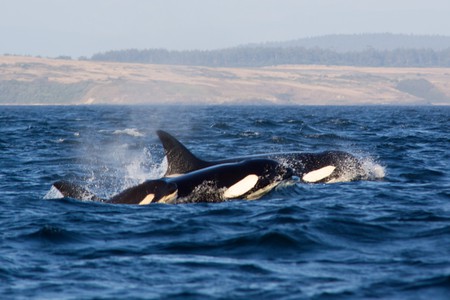 Located in Quadra Island’s Cape Mudge, the Nuyumbalees Cultural Centre has one primary mission: “To collect, preserve and display native artifacts of cultural, artistic, and historic value to the Kwakwaka’wakw people.” The center sits on a First Nations Reserve and is home to several petroglyphs. Visitors can learn more about the Potlatch story through the main exhibit, watch an educational film, and visit the gift shop. It’s stocked with First Nations books and souvenirs from across the province, as well as products from local artisans.