The Most Beautiful "Red Chair" Destinations in Canada's Parks

Takakkaw Falls | © Kavram / Shutterstock
Parks Canada decided to up their marketing game a few years ago and create the Red Chairs Experience Program. They placed red Adirondack chairs in many of the country’s national parks and national historic sites. Parks Canada said the innovation was intended to provide more opportunities for visitors to connect with nature, unwind, and truly experience the best of Canada. Since its inception, the #sharethechair hashtag count has only grown. Here are some of the most beautiful places to seek out the red chairs in Canada.

Located on Newfoundland’s west side, Gros Morne National Park is a UNESCO World Heritage Site. The park has a lot to offer visitors: the Long Range Mountains, fjords, beaches, glaciers, forests, barren cliffs and cute seaside villages. There are actually 18 sets of red chairs throughout Gros Morne, where the program began. The image below was captured along the Green Gardens Trail. The hiking route takes visitors from the tablelands and through the boreal forest to this coastline. 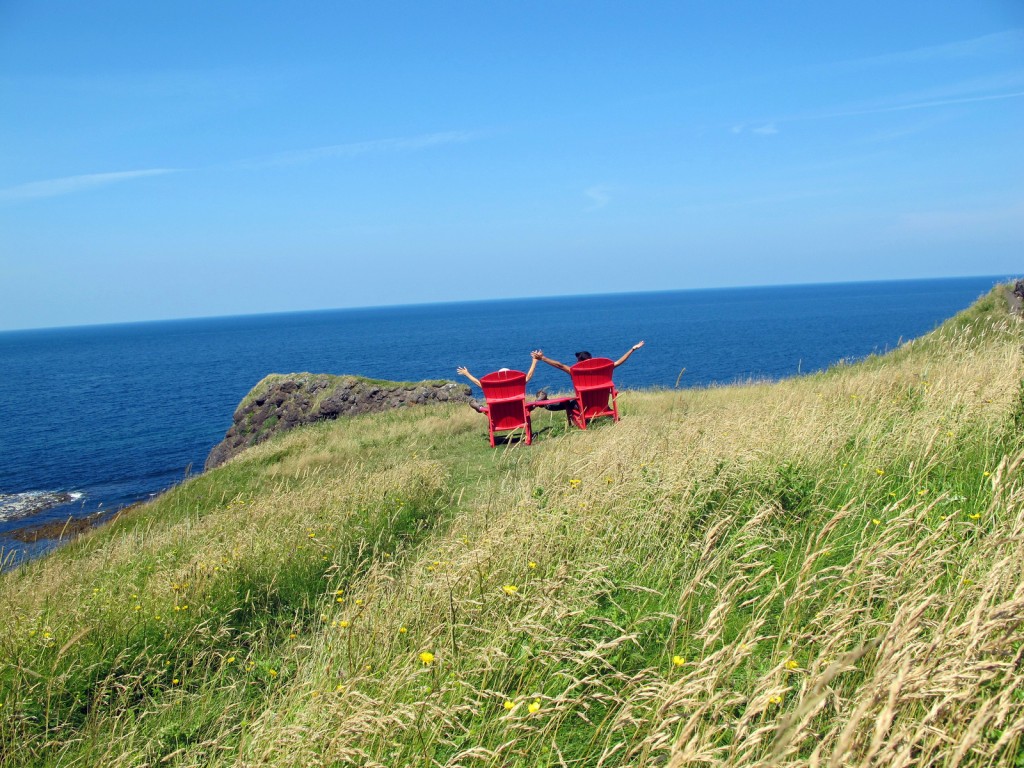 Natural Feature, Park
Lake Minnewanka today | © Autumn Sky Photography / Shutterstock
Situated in the Canadian Rockies, Banff National Park is Canada’s oldest national park. Established in 1885, it just keeps getting better with age. Some of the park’s highlights include the Banff township, Lake Louise, Moraine Lake, the Plain of Six Glaciers Trail, Peyto Lake, and Johnston Canyon. There are two sets of red chairs in Banff National Park: one at the top of Tunnel Mountain and one at Lake Minnewanka. The lake is just five kilometers (3.1 miles) northeast of the town and has amazing Rocky Mountain views.
More Info
Open In Google Maps
Alberta, T0L, Canada
+14037621550
Visit website

Kouchibouguac National Park is an all-season destination. In the summer months, climb over sand dunes to get to the beach or follow the 60 kilometers (37.2 miles) of bicycle trails along the coast. In winter, enjoy cross-country skiing, fat biking and snowshoeing. Brave visitors can even try winter camping. The national park is also a Dark Sky Preserve, so it’s one of the best places in Canada to stargaze. This particular image is from the Bog Trail in Kouchibouguac. 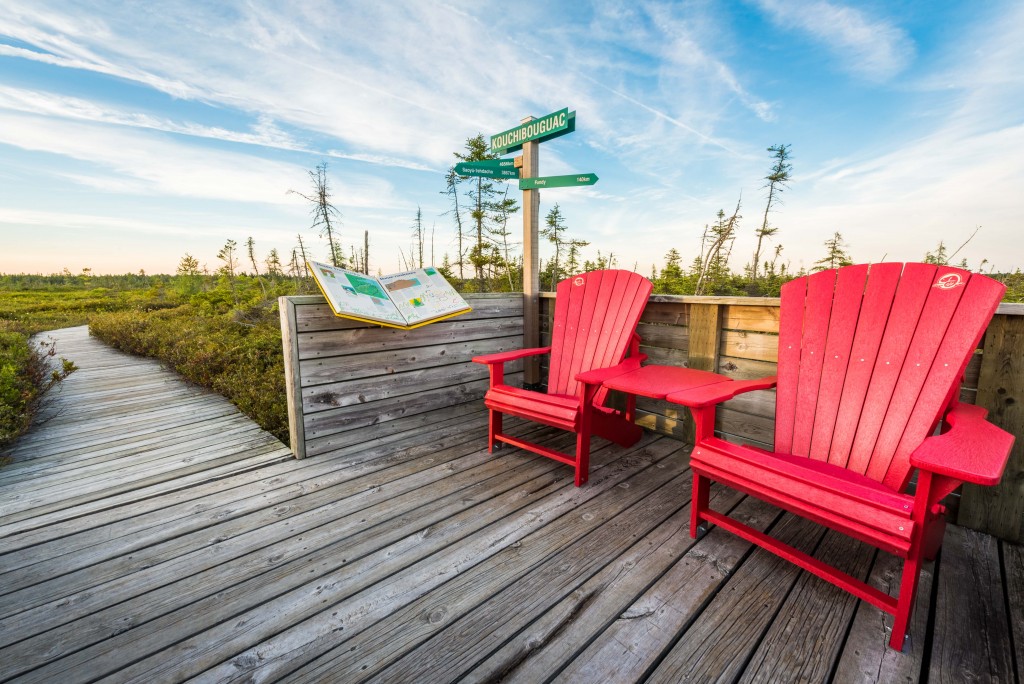 Park
Overlooking Athabasca Glacier | © Kelly Van Dellen / Shutterstock
A park filled with glaciers, lakes and peaks, Jasper National Park in the Canadian Rockies has just as much to offer as its sister park, Banff. Jasper’s highlights include Mt Edith Cavell, Maligne Canyon, the incredible Columbia Icefield, Pyramid Lake and Sunwapta Falls. There are seven sets of red Adirondack chairs throughout Jasper National Park. This pair is on the Wilcox Pass near the Icefield, which has panoramic views towards Athabasca Glacier at its summit.
More Info
Open In Google Maps
Jasper, Alberta, T0E 1E0, Canada
+17808526176
Visit website

“One of Canada’s most enchanting places, where the mountains meet the sea” is how Parks Canada describes Cape Breton Highlands National Park. Its most famous landmark is the world-famous Cabot Trail, a 300-kilometer (186-mile) highway that hugs the Nova Scotian coastline. There are 10 pairs of red chairs along the trail, each with its own unique landscape or seaside view. 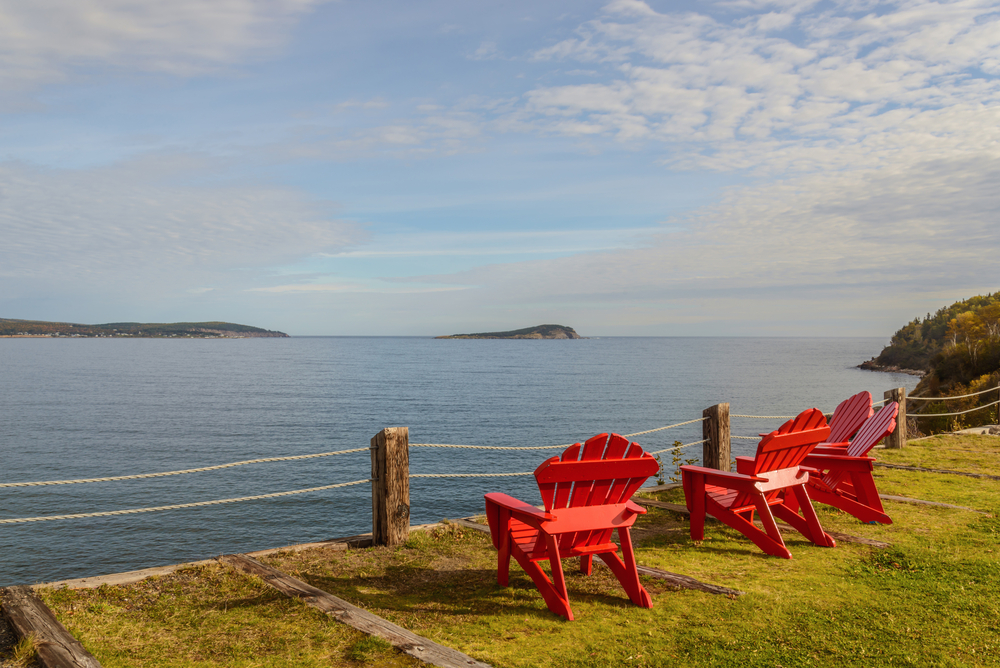 Park
Takakkaw Falls | © Kavram / Shutterstock
Although it’s in British Columbia, Yoho National Park is actually still a part of the Canadian Rockies. It’s named after a Cree expression meaning awe and wonder, and you will be walking around in awe at this park. There are two sets of red chairs at Yoho. The first set is at Yoho Lake, while the second pair is beside Takakkaw Falls. Enjoy the sound of water thundering over the cliff at one of Canada’s tallest waterfalls.
More Info
Open In Google Maps
Field, British Columbia, V0A 1G0, Canada
+12503436783
Visit website
Visit Facebook page

Elk Island is home to some 7,000 wood bison and is one of the only places in Canada you can see them in the wild. The Wood Bison Trail is a popular hike through the national park, which takes hikers along a boardwalk and through open grassland to Flyingshot Lake. There are five sets of red chairs here, located in quiet and scenic locations. Two of the pairs are around Astotin Lake, with one pair shown in the image below. It’s a popular place for camping in summer. 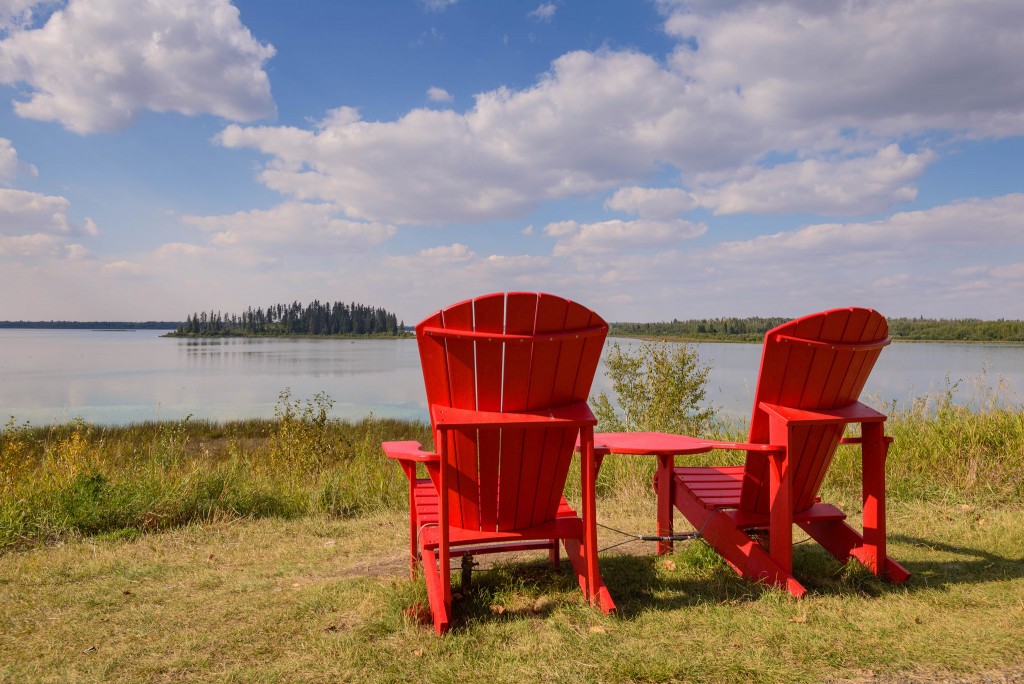 Fundy National Park in New Brunswick is known for one thing: the world’s highest tides. Visitors can paddle in a kayak at high tide when the waters rise to 12 meters (39.3 feet). Then once the tide recedes, they can walk along the seafloor. You can also venture away from the coast and into the forest in search of waterfalls. Parks Canada placed red chairs at 12 “enchanting locations” around the national park, with the GPS coordinates listed on the official website. This photo, in particular, is from Butland Lookout. 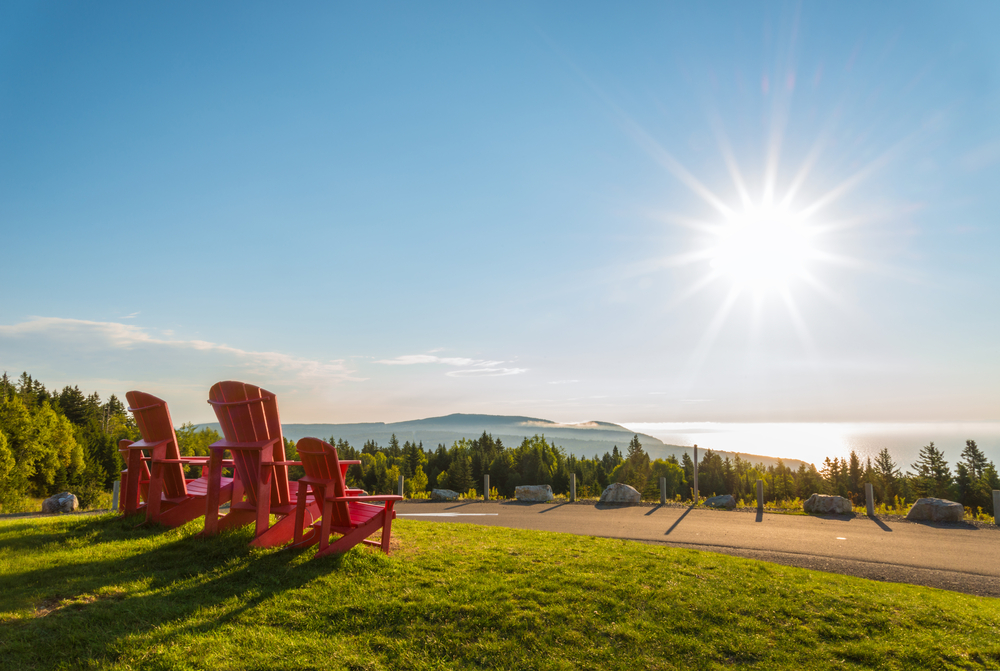