The Coolest Neighbourhoods in Montreal

With its bilingual edge and creative vibe, Montreal may well be the cultural capital of Canada. It’s a diverse and fascinating city, with a wide range of residential, commercial, and entertainment zones to explore. On the island of Montreal there are 19 boroughs (arrondissements), which are further sub-divided into neighbourhoods, each with its own unique history, architecture, population and energy. Here’s a glimpse into some of the most celebrated districts in the city.

Simply referred to as the Village by locals, this lively neighbourhood was once a poor working-class area, and one of the seedier parts of Montreal. As the city has evolved, the Village has transformed into a vibrant dining, drinking and entertainment district that boasts more than 80 bars, restaurants and nightclubs that cater not only to the city’s LGBT communities but to anyone looking for an alternative night out. Montreal is one of the most gay-friendly cities in the world, with thousands of visitors attending its annual week-long pride festival, FiertéMTL. 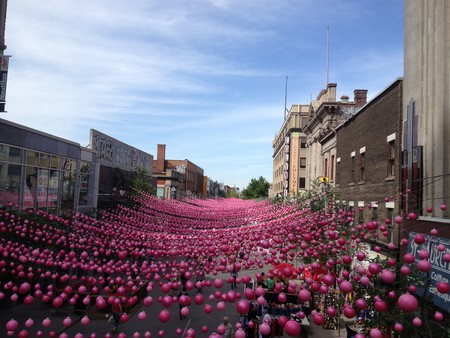 West of the Village you can find the Quartier Latin, a small area next to the Université du Québec à Montréal (UQAM) campus. This neighbourhood has an energetic atmosphere and houses a concentration of bars, restaurants, theatres and other hangouts. It may be more active in the wee hours of the night than by day. In contrast, the Quartier Latin is also home to the impressive Grande Bibliothèque du Quebec.

Vieux Montreal, or Old Montreal, is the most touristic neighbourhood of the city, and it is also the oldest. In this historic district, explore eclectic shops and galleries along narrow, cobble-stoned roadways and marvel at the old, beautiful architecture that dates back to the 17th century. 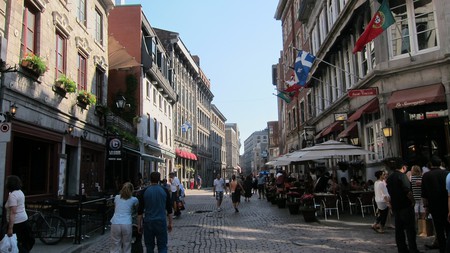 Originally a working-class francophone area, the Plateau has since evolved into a trendy and artistic neighbourhood that is becoming increasingly gentrified. Still maintaining its bohemian reputation, the Plateau has a youthful vibe and offers a variety of restaurants, cafes, bars, bakeries and trendy shops that have earned its reputation as the hippest area of Montreal.

… & oh yeah, hey there montreal. we had a messy break up a few years ago. let's make up for a while?

Mile End used to be known as just the northwestern corner of the Plateau, but now it is recognized as a separate neighbourhood. This is an ethnically and linguistically diverse district where you’ll hear a mélange of English, French, Italian, Portuguese and other languages. Like the Plateau, Mile End also has an artistic vibe, which has given rise to such musicians as Arcade Fire, Grimes, Plants and Animals and more.

After Toronto, Montreal has the second-largest Italian population in Canada, and this long history of immigration has created a dynamic community just north of the Plateau. In this neighbourhood you’ll find a variety of Italian Canadian-owned shops and restaurants, in addition to the dynamic, world-class Jean-Talon Market, one of the oldest public markets in Montreal. 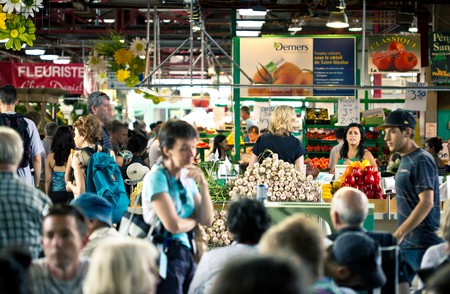 Situated south and southwest of Montreal’s Olympic Stadium, the Hochelaga neighbourhood is one of the city’s few districts named for the original First Nations residents. Hochelega was the name of an Iroquoian village visited by French explorer Jacques Cartier in the 1530s, during his first trip along the St. Lawrence River. Nowadays, the population in this up-and-coming neighbourhood is a blend of working class francophones, students and recent immigrants. A notable feature of Hochelaga is Marché Maisonneuve, a public market housed within an early 20th-century stone pavilion. 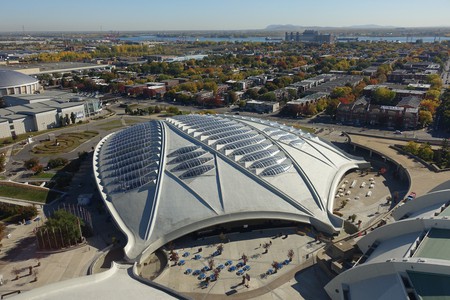 Montreal's Biodome, near Hochelaga | © Guilhem Vellut/ Flickr
Give us feedback