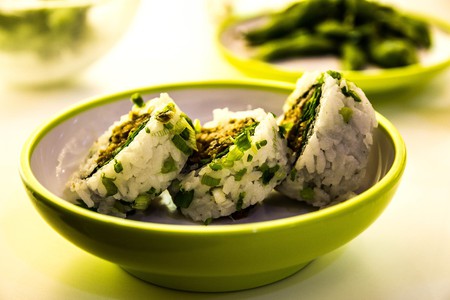 While there are conflicting reports about who created the California roll, a favorite sushi dish today, some people believe that the inventor is Japan’s Hidekazu Tojo, who moved to Vancouver in the 1970s. Keep reading to learn more about this chef and his claims to fame.

What is a California roll?

A California roll is a traditional sushi roll made inside out. So instead of seaweed wrapped around the roll, it is wrapped in rice. California roll ingredients usually include cucumber, avocado, and crab meat or imitation crab.

The idea behind California rolls

Chef Hidekazu Tojo insists he is the inventor of “inside-out sushi.” The 67-year-old is a member of the British Columbia Restaurant Hall of Fame and the owner of Tojo’s Restaurant in Vancouver. He moved to the city in 1971, following his chef studies in Osaka, Japan.

When he first moved to Canada, Tojo began working at Maneki, one of four Japanese restaurants in Vancouver at the time. He told The Globe and Mail in 2012 that he soon realized no one was eating raw fish or seaweed. The unusual ingredients scared consumers, so Tojo decided to hide the seaweed and fresh, uncooked fish by making the roll inside out in 1974. He said it was against Japanese tradition, but his customers loved the dish.

Many of his customers were from out of town, including Los Angeles, which is why it became known as the California roll. Tojo also believes that the avocado, which was used a lot in Californian kitchens, may have inspired the name. At his restaurant, it’s simply known as the Tojo roll. He told Metro Vancouver that he can make a California roll in 45 seconds, and he regularly tests himself.

The California roll wasn’t the only innovation Tojo brought to Canadian customers. His original dishes were aimed at “creating a meeting place for North American tastes and Japanese techniques.” For instance, Tojo was the first person to introduce smoked salmon into Japanese cuisine. Because he had difficulty obtaining saltwater eel when he moved to Canada, he made what is now known as the BC roll. It’s a barbecued salmon skin roll—often coated in a sweet sauce—that is today on the menus of most Japanese restaurants along the West Coast.

Another creation was tuna sashimi, becoming Tojo Tuna, which used local albacore tuna (unfamiliar in Japan). Then there is his “secret marinade” that accompanies his sashimi as a dipping sauce—it’s still a favorite today. Other West Coast produce he uses in his dishes includes Alaska black cod, local oysters, and salmon.

Tojo still works in the kitchen at his restaurant, which is frequented by many celebrities filming in Vancouver. Stars such as Johnny Depp, Harrison Ford, and The Flash cast have enjoyed Tojo’s delicacies.