Newfoundland And Labrador's 12 Most Beautiful Places

Newfoundland & Labrador are the stuff that adventure travelers’ dreams are made of: Warm-hearted locals, untamed landscapes, rare wildlife, and rich history. Encompassing Canada’s easternmost point, this province was the area where Europeans first made contact with the New World and, amazingly, much of this beguiling region feels like it has changed little since that time. Here are a few of the most stunning places in Newfoundland & Labrador that you need to see. 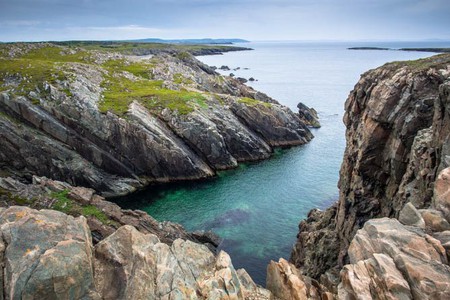 It’s believed that Bonavista is the spot where Italian explorer Giovanni Caboto (John Cabot) first landed in the Americas in 1497. This pretty town takes its name from the words Caboto is said to have exclaimed when he first saw the rugged coastline, “O buono vista!” (Oh happy sight!) From the top of the town’s 19th-century lighthouse, visitors can see ten thousand-year-old icebergs floating in the waters off the rocky coast. The area is a wonderful place for wildlife-watching, with puffin nesting grounds found nearby the lighthouse, as well as whales and seabirds often visible from the shoreline. 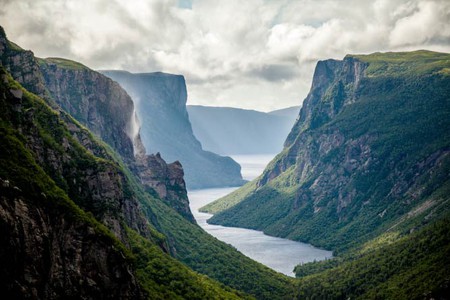 Gros Morne National Park comprises 1,805 square kilometers of hauntingly beautiful natural scenery. Dotted with windswept beaches, tumbling fjords, and imposing mountains, the park is a perfect spot for camping, hiking, wildlife-viewing and kayaking. The park is carved into northern and southern sections by Bonne Bay. The southern area is home to the Tablelands, a rare stretch of exposed mantle rock that earned the park its UNESCO World Heritage status. The northern area of the park encompasses a series of challenging trails running through dwarf forests, as well as to the summit of Gros Morne Mountain which is the second highest peak in Newfoundland. 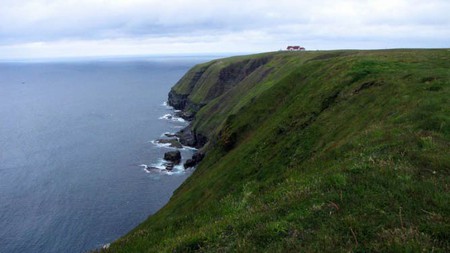 Set on the Avalon Peninsula, Cape St. Mary’s Ecological Reserve is one of North America’s most accessible bird colonies. The reserve is home to dozens of different bird species, ranging from black-legged kittiwakes to great cormorants. Covered with alpine wildflowers and earthy mosses, the reserve is a wonderful place for pleasant nature walks or vigorous hikes. Some of the cape’s most impressive scenery can be found by following the trail leading to Bird Rock. This easy 1-kilometer path winds past lush fields filled with grazing sheep to reach a dramatic cliff face home to over 70,000 birds. 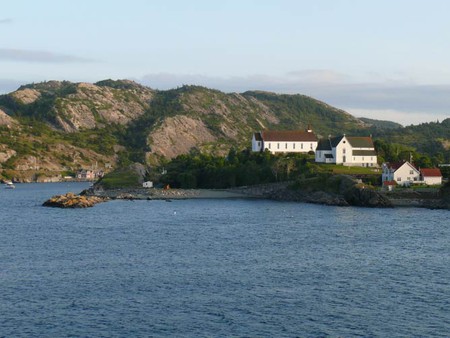 Brigus’ stone walls, fertile gardens, and historic buildings display the city’s deep connection with its English, Irish and Welsh heritage. Overlooking the coast, the town’s winding lanes slope up gently to meet lush cliffs. With a compact layout and Victorian houses lining the old part of town, Brigus is a lovely place to go for a stroll. The town is particularly charming during its famous Blueberry Festival, which takes place in mid-August. Attracting thousands of visitors each year, the festival features fireworks, dancing, singing, and traditional food. 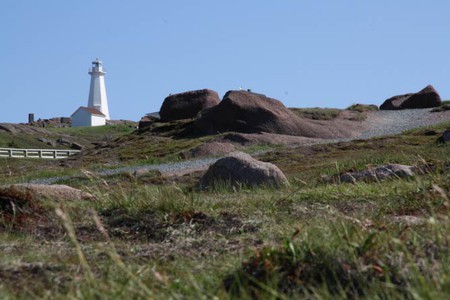 The easternmost point of land in North America, Cape Spear offers spectacular views along the coast towards St. John’s. In summer, visitors can often spot whales swimming below the cliffs, while icebergs can be seen floating in the waters between April and July. The cape is home to a number of pleasant boardwalks, with its main path leading to the oldest remaining lighthouse in the province. A beloved symbol of Newfoundland and Labrador’s seafaring history, this Victorian lighthouse has been restored with 19th century furnishings. 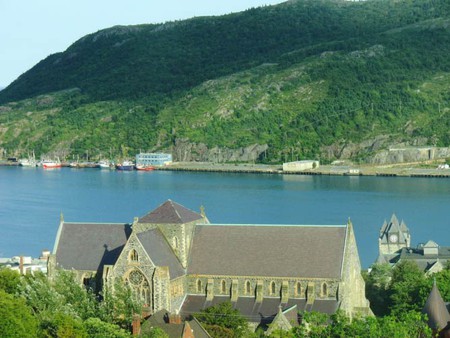 The Anglican Cathedral of St John the Baptist is a lovely hillside building dating back to the 19th century. A gorgeous example of Gothic Revival architecture, the cathedral was rebuilt after the Great Fire of 1892. The cathedral features intricate oak carvings, beautiful stained glass windows, stone arches, and bluestone walls. One of the oldest pieces is a 12th-century gargoyle found in the south transept. In the summer, it’s possible to enjoy tea and homemade scones in the crypt. Free organ recitals take place on Wednesday afternoons, with the music enhancing the cathedral’s already-powerful presence. 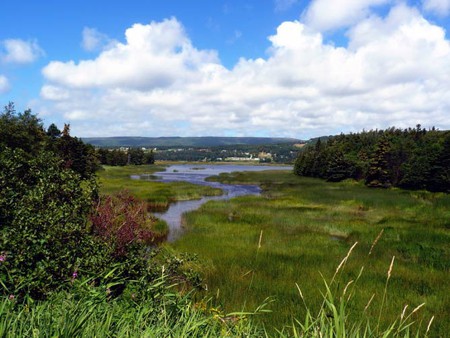 Codroy Valley is a picturesque landscape of lush green farmlands. Protected by the Long Range Mountains, the valley is overlooked by rugged cliffs topped with beautiful old churches. The valley was one of the earliest recorded settlements on the west coast of Newfoundland and today it’s home to several small Scottish and Irish communities with strong ties to their heritage. The Grand Codroy River area offers excellent opportunities for hiking, kayaking, and bird-watching in the summer, while snowmobiling and cross-country skiing are popular in the winter. 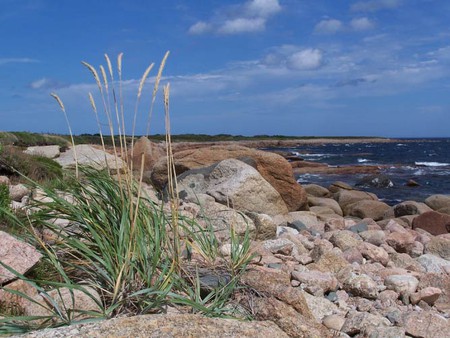 Spreading across 72 hectares, Deadman’s Bay Provincial Park is an ideal spot for nature enthusiasts eager to get off-the-beaten path. The park’s sandy beach offers impressive views of the North Atlantic, with icebergs often visible in the early summer. There are some pretty picnic sites where you can sit and admire the scenery, or you can just stroll and admire the sand dunes. Not to be confused with another of Newfoundland’s beautiful places, Deadmans Bay hiking path runs between historic Fort Amherst and Blackhead on the Avalon Peninsula’s 300 kilometre long East Coast Trail. 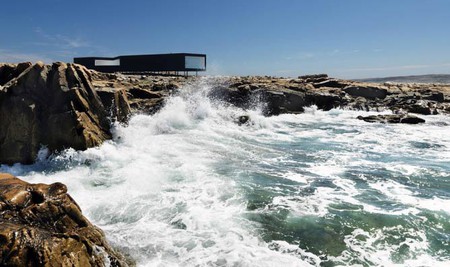 Home to friendly locals and spectacular coastal scenery, Fogo Island exudes a timeless beauty. A collection of 11 distinct communities, the island has recently become known as an artistic hub thanks to its arts-residency projects. The island is home to some fantastic hiking trails, including Brimstone Head which has been dubbed one of the “four corners of the world” by the Flat Earth Society. Rising 90 meters over the island, this craggy summit truly does feel perched on the edge of the earth. The village of Tilting is particularly picturesque with its old boathouses, clapboard cottages, and lively Irish heritage. 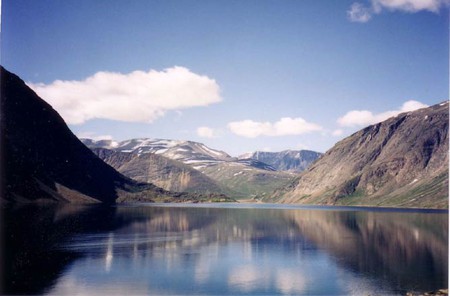 Torngat Mountain National Park expands from north from the Saglek Fjord to northern edge of Labrador, and west between the Atlantic coast and the border with Quebec. Although Torngat is one of Canada’s newest national parks, its history stretches back for more than a billion years. It’s less accessible than most of the province’s other national parks, with no roads, signs, or campgrounds; however, this park rewards those willing to make the extra effort to reach it with some of Canada’s highest peaks, and wildlife ranging from caribou to polar bears. 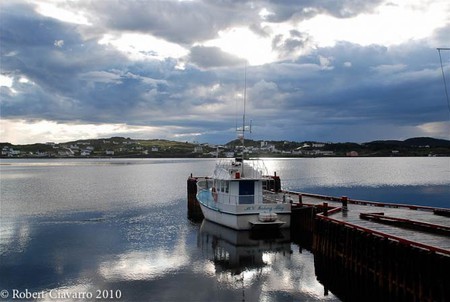 The picturesque town of Twillingate is part of Iceberg Alley, a stretch of ocean that runs all the way to Greenland. This area is one of the best places in the country to spot icebergs, depending on the time of year. Little has changed about the way of life in this village over the centuries, with most locals continuing to earn their livelihood from the sea. This postcard-worthy town is filled with pastel houses perched on cliffs and rocky outcrops. In September, the hills around town flourish with blueberries and partridge berries. 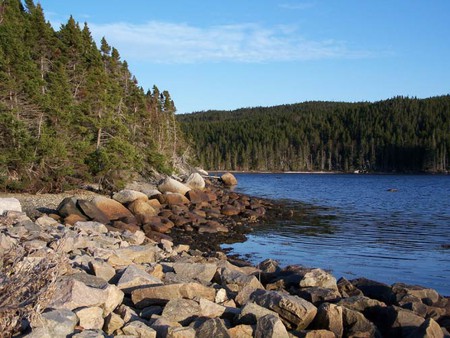 Terra Nova National Park’s beauty is a little more understated compared to parks like Torngat Mountain and Gros Morne. It doesn’t have any big, dramatic mountains, but its arboreal forests, marshes and gently rolling hills are lovely nonetheless. The park encompasses 12 excellent hiking trails, along which visitors often spot bald eagles, beavers, moose, and bears. Canoeing, kayaking, or boating along the park’s scenic coastline offer the chance to see icebergs, whales, and diverse bird species. In the winter, the park’s pristine snows are perfect for cross-country snowshoeing and skiing.