The Best Restaurants in Newfoundland and Labrador 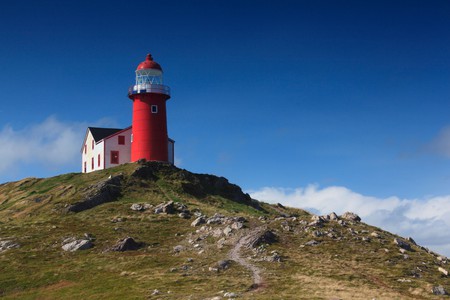 Steeped in history and with an abundance of natural wonders, Newfoundland and Labrador, the most easterly province in Canada, is home to the oldest settlements and cities in North America. It’s also a prime spot to experience the best in culinary creativity that Canada has to offer. 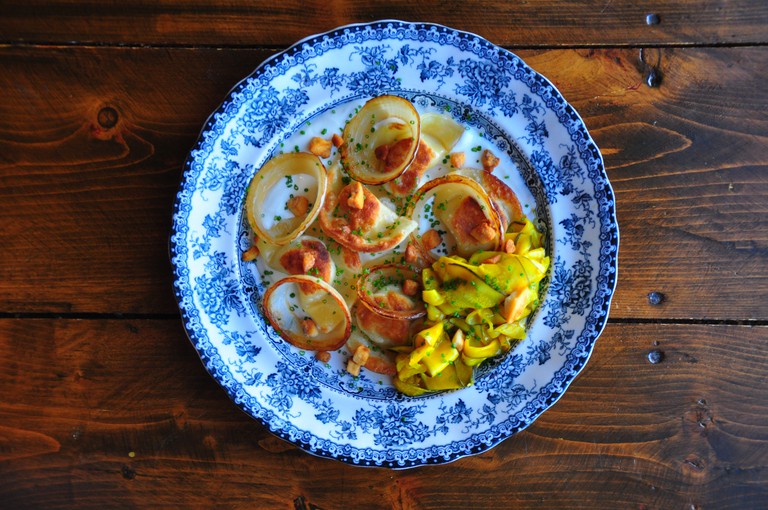 © Amanda Stephen
Scoff was created by two mainlanders who, while working as cooks at another Fogo Island restaurant, fell in love with the place and vowed to open their own restaurant here one day. In 2018, they made good on their word. Specialising in home-grown ingredients and preservation methods, and promising upscale takes on traditional local cuisine, the restaurant has bolstered the island’s growing food scene, catering for locals in need of a treat and visitors keen for an authentic slice of Newfoundland and Labrador restaurant culture at its best. Expect seared pierogi dough stuffed with salt cod and potato, split-pea polenta fries and a lively atmosphere – all for a very reasonable price.

Raymond’s Restaurant, which opened in 2011, takes its name from Charles’s grandfather and Bonia’s father. In a 1915 building typical of the local architecture, it features the creativity of head chef Jeremy Charles and sommelier Jeremy Bonia, with a menu crafted from locally grown and sourced ingredients, as well as fresh, top-quality seafood and meat. Highlights include roasted Québec duck with savoury duck sausage and Hubbard squash; roasted cod with cod brandade; and smoked pork shoulder and a carrot purée and your seat comes with a view across St. John’s harbour.

Newfound Sushi, which became a household name in 2012, mixes Asian traditions with local seafood, such as North Atlantic cod and cold-water Atlantic shrimp, to produce innovative dishes. A small yet inviting space, the restaurant is decorated to reflect the culture of the province. The sushi rolls are named after famous local landmarks, such as the Atlantic, the Humber River and the Bay of Islands. Other Asian inspired dishes are available, such as miso soup, Japanese seaweed salad, and teriyaki stir-fries. For a little taste of the East, Newfound Sushi is the spot to come to. 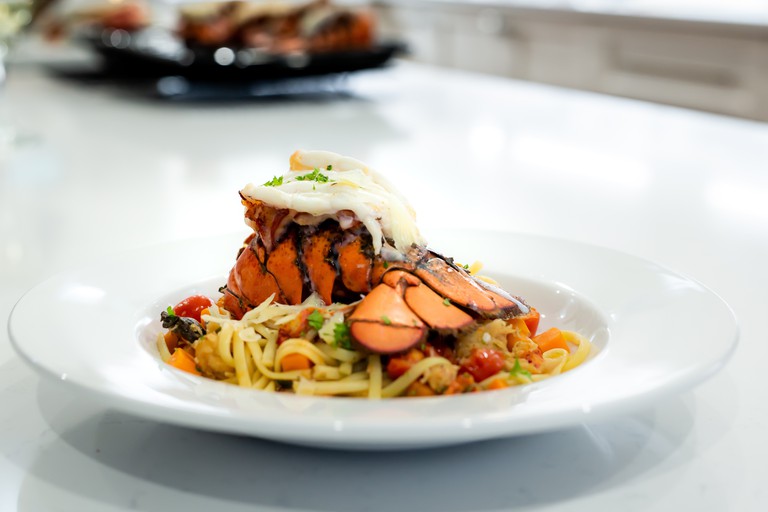 Java Jack’s Restaurant and Gallery is a little yellow house that’s full of character. The building, in the heart of Gros Morne National Park, began life as a small cafe in 2000, then expanded three years later to include an upstairs restaurant. The vegetables and herbs are grown out back in the large, organic garden. Try the classic Canadian Caesar salad, the moose sausage cassoulet, or the tomato and fennel mussels. There’s also a great selection of wines and local brews. Keep in mind, however, that this spot is only open from May to September.

Bringing a touch of French flavour to Newfoundland and Labrador, the Newfoundland Tea Co takes its inspiration from the Parisian bistro. It’s a relaxed and welcoming place, with a menu using simple ingredients in dishes such as seafood chowder, butternut squash ravioli, house burger with pan fries and aïoli, zesty cod cakes, and large scallops served with a garlic and wine sauce. If you have a sweet tooth, the flourless chocolate cake or the vanilla cheesecake come recommended. There are also gluten-free and vegan options available. 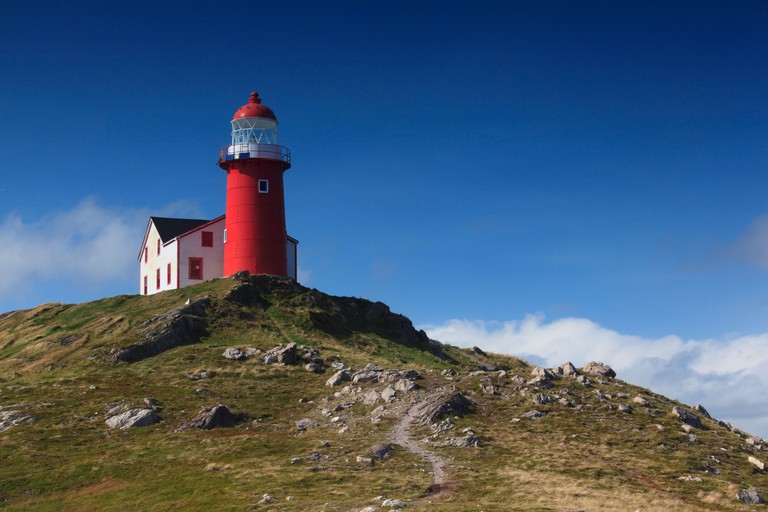 Built in 1870, the Ferryland Lighthouse, was restored and reopened as Lighthouse Picnics in 2004. It’s a unique and memorable dining experience, specializing in picnic food that uses the freshest ingredients. The sweet smell of baking bread and simmering fruit meets you as you walk in. Popular choices from the menu include the chutney-glazed ham and brie on homemade bread, crab cakes, the orange crumble square, and the curried chicken with mango and sliced almonds. They also serve freshly squeezed lemonade along with breathtaking views of the most easterly part of North America. You can borrow a book from the library and take it along with your picnic.

In the small village of Upper Amherst Cove, the quaint Bonavista Social Club is owned and run by Katie and Shane Hayes, who aim to capture and promote the unique culture of rural Canada. Food is freshly prepared in an open kitchen, the bread is baked each day in a wood-fired oven, and you can sit indoors or on the ocean-view deck. The menu changes depending on what is available from the garden, so expect fresh flavors, but pizzas, soups, sandwiches and salads are always available. If you’re new to this spot, take a walk through the gardens of the cove and see the farm. You can buy bread and other homemade products to take away, so you can take the taste of the Bonavista Social Club home with you.

One of the coolest restaurants in St. John’s, the Adelaide Oyster House is a sultry, low-lit blend of pan-Asian cuisine, super-fresh local seafood and craft drinks. The oyster experience – a hand-picked selection from different provinces – is a must, and your shucker can talk you through them will also giving advice on the best wine to see them off with. The taco menu includes Thai pork and Kobe beef, or you can opt for small plates from bao buns to BBQ bacon burgers. Aesthetic is all, as you’ll soon realise when you’re presented with the beautifully designed dishes, but a close second is the atmosphere, which is friendly and fun. 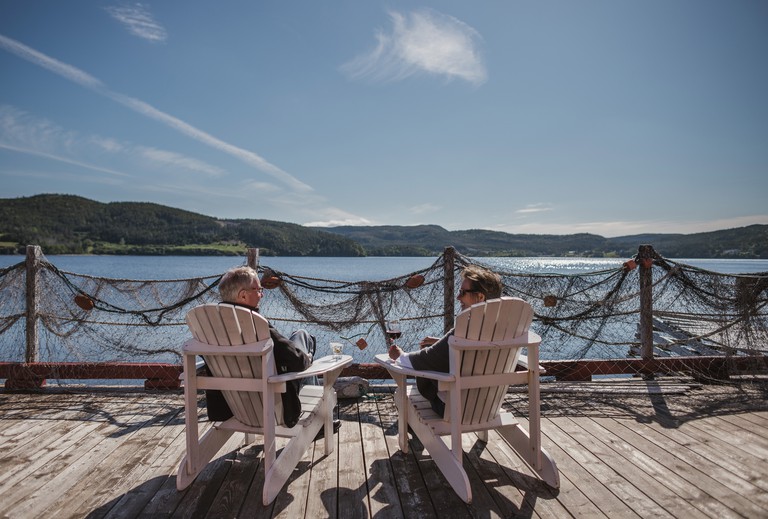 Located at the Artisan Inn, the Twine Loft Restaurant boasts a menu that changes daily. The open-plan kitchen uses local ingredients and home-grown produce to create dishes that have diners returning again and again. The fish comes from local fishermen, and the fruit from their own garden and the surrounding hillside. Dishes include herbed pork served on roasted apple parsnip, carrot orange soup, and coq au vin served on pasta with sautéd beans. You can eat indoors, or sit outside with a blanket on chillier evenings sipping a cocktail.