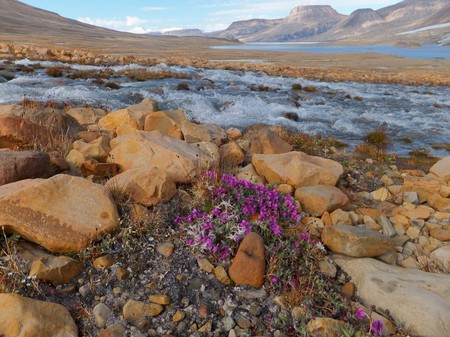 You may not have heard of it yet, but Quttinirpaaq National Park is a Canadian park you need to visit. It’s located in Nunavut’s Arctic region and offers visitors a unique experience. Keep reading to find out why you need to add this national park to your bucket list today.

On top of the world (literally)

In Inuktitut (Nunavut’s main language), Quttinirpaaq translates to “top of the world.” It’s a good name for the national park as it’s Canada’s most northern region and the world’s second most northerly national park, behind Northeast Greenland National Park. Do you know what else the “top of the world” offers? Twenty-four hours of daylight between May and August, and 24 hours of darkness from November to February. It’s also just 720 kilometers (447 miles) from the North Pole. So, if you want to feel like you’re on top of Canada and the world, Quttinirpaaq National Park is definitely an extreme place to visit. 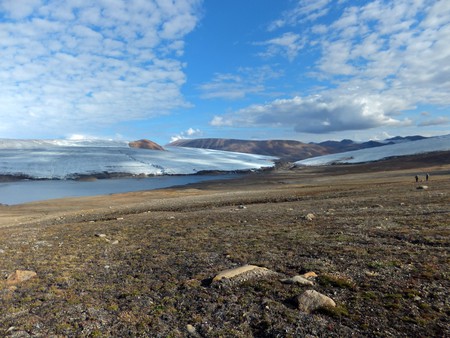 Located on Ellesmere Island in Nunavut’s Qikiqtaaluk Region, Quttinirpaaq is Canada’s second largest national park, covering 37,775 square kilometers (14,585 square miles). The national park is such a rarely explored area that in 2016, a total of 17 people visited. But it isn’t an easy, or cheap, trip to get to the top of the world and experience this kind of complete remoteness. Travelers first need to get to Resolute Bay, which is accessible from Ottawa. Then you have to charter an aircraft for the four-hour flight to Quttinirpaaq. Parks Canada recommends booking Kenn Borek Air and organizing a trip with other travelers to offset the costs. 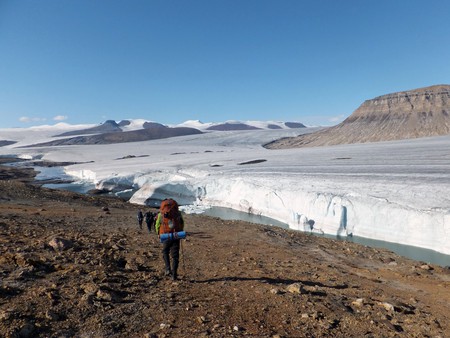 Quttinirpaaq is known as a polar desert, which means it receives minimal rainfall annually. It also means the temperature has reached 32°C (89.6ºF) in the summertime. The park’s varied landscape includes ice caps and glaciers (making up 36 percent of the national park, in fact), wild rivers, deep fjords, valleys, tundra and rugged peaks. Parks Canada says it’s an “adventure traveler’s dream,” and it’s easy to see why. Visitors can ski, climb, kayak and backpack in the 24-hour sunlight. It’s also home to a rare nunatak, which is a mountain buried in ice, with only the peak visible.

Although there are no designated trails within Quttinirpaaq National Park, a popular but rugged route follows the valleys between Tanquary Fiord and Lake Haven, which are both main access points too. There’s also the option to do a loop from Tanquary Fiord around the Ad Astra and Viking Ice Caps.

Not a lot of wildlife can survive in Quttinirpaaq’s harsh conditions, due to its lack of vegetation and cool climate. However, some of the animals that visitors will find in the region are muskoxen, Arctic hares, Arctic wolves and Peary caribou. The few people who have visited the park have said that because human contact is so rare, some of the animals are very curious and will definitely come closer to find out more about you. The ocean surrounding the national park is brimming with both common and rare mammals as well, including seals, walruses, narwhals and beluga and killer whales. Some of the birds that call the region home include Arctic terns, long-tailed jaegers, gyrfalcons and semipalmated plovers.

Due to its classification as a polar desert, soil development is minimal in Quttinirpaaq National Park. The flora found around the low-lying areas of Lake Hazen, Tanquary Fiord and Lady Franklin Bay include dwarf willow, river beauty, Arctic poppy, purple saxifrage and Arctic cotton. 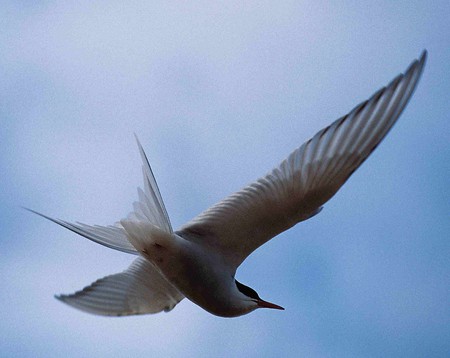 Although its natural beauty and remoteness might be enough to tempt you to visit, Quttinirpaaq is also a very historically significant region of Canada. Archaeologists have discovered artifacts in the pass from Tanquary Fiord to Lake Hazen that confirm the Arctic people have been traveling in the region for 5,000 years.