Move Aside, Niagara Falls: This Is the True Waterfall Capital of the World 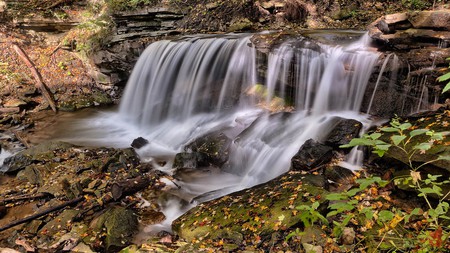 Named the City of Waterfalls, Hamilton in Ontario is, in fact, the world’s waterfall capital. It lies just 80 kilometers (50 miles) from Niagara Falls, one of the most famous waterfalls in the world. Keep reading to find out more about this Canadian city and its abundance of waterfalls.

The City of Waterfalls

Hamilton sits between Toronto and Niagara Falls on Lake Ontario on the Niagara Escarpment, which is a UNESCO World Biosphere Reserve that stretches across the Great Lakes region. The city is home to 156 waterfalls, which is the most waterfalls recorded in any city around the world. Approximately 50 to 60 of these flow year-round. 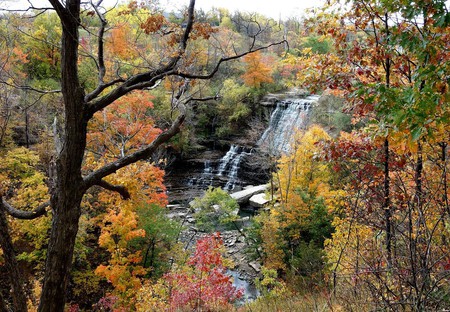 Hamilton’s waterfall capital status was relatively unknown until 2008 when a local named Chris Ecklund established the City of Waterfalls, which is a non-profit organization designed to promote the city. The website lists all of the different waterfalls, along with their access points, heights, and corresponding photos. The initiative’s lead volunteer, Jay Poel, told Smithsonian.com that no one actually knew how many waterfalls existed in Hamilton until the founding of the City of Waterfalls.

Poel said that Hamilton was traditionally known as the “armpit of Ontario” because of its manufacturing industry, but the City of Waterfalls is trying to make people realize that there is so much more to the region. So far, the campaigning has worked.

The most popular waterfalls

So how do you choose which waterfalls to see out of 156? The Escarpment Project has listed its top 10 Hamilton waterfalls, which is definitely a good place to start. Webster’s Falls, at 22 meters (72 ft), is one of Hamilton’s largest waterfalls. It is located within the Spencer Gorge Wilderness Area, which is also home to many hiking trails and is a favorite local picnic spot. Tews Falls is 41 meters tall (135 ft), and it’s a popular option thanks to its stunning gorge and valley views. Albion Falls is also one of the most beautiful, due to its cascading cliff face.

The City of Waterfalls’ future

Currently, many of the waterfalls are hard to reach due to underdeveloped trails, but Poel and the City of Waterfalls organization are working with the city to improve accessibility to many of the waterfalls. They do monthly waterfall illuminations to promote these natural wonders as well. None of Hamilton’s waterfalls can compete with the massive size and power of Niagara Falls, but its variety of falls is what keeps people visiting the City of Waterfalls.