Life in the Polar Bear Capital of the World 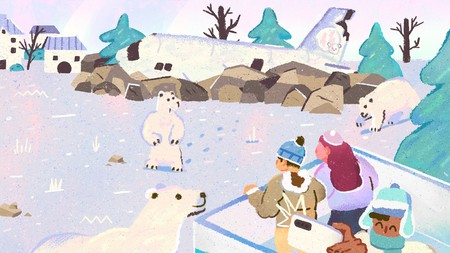 In the isolated, sub-Arctic town of Churchill, Manitoba, residents have found a way to coexist with the world’s largest land carnivores.

Guide Jason Ransom pulls up to the old crash site on the edge of Churchill and repeatedly honks the horn. Nothing moves. We wait in the van as he steps into the bitter wind, takes out a shotgun and clambers towards the wreckage of the Miss Piggy. Ransom methodically checks behind the plane while we wait in uneasy silence. Eventually, he gives a thumbs-up, and the tension drains away. You can’t be too careful in the Polar Bear Capital of the World.

Miss Piggy crashed in 1979, and her graffiti-covered fuselage has since become a quirky tourist attraction in Churchill. But the main reason thousands of people visit this gloriously remote town every year is the chance to see polar bears in the wild.

Churchill has a population of about 900 and sits on the Hudson Bay, 620mi (1,000km) north of provincial capital Winnipeg and just south of the Canadian Arctic. There are no roads to the rest of Manitoba: visitors must fly or take the train. The climate is inhospitable: temperatures can plunge below -25˚F (-45˚C). Most fresh food is transported in, skewing local prices: in the supermarket, a cucumber costs more than a bottle of wine.

“It’s a very close-knit community,” says Mike Iwanowsky, visitor experience manager for Parks Canada. “You have a natural connection with the people around you.”

Strong neighborly relationships are vital when you live on a polar bear migration route. The animals, which weigh up to 1,765 lbs (800kg) and can stand 9 ft 8 in tall (295cm), are present in the region throughout the year, but October-November is peak season. This is when the 900-bear Western Hudson Bay group leaves the tundra around Churchill and heads onto the frozen bay to hunt for seals. 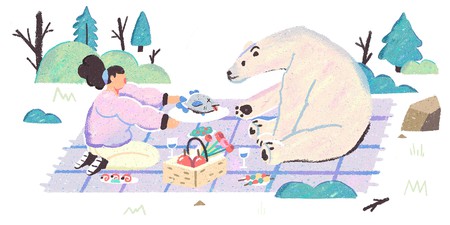 Every resident has a bear encounter story

Bears often find their way into town, which can make life complicated. On the supermarket noticeboard, alongside adverts for pub quizzes and second-hand 4x4s, are posters for “Polar Bear Safety and Awareness Orientation Sessions” and the “Polar Bear Alert – 204-675-BEAR” hotline. A photocopied sheet at the tourist office provides an update on the latest activity: it’s been a “quiet week,” with only three “polar bear occurrence reports.”

Every resident has a polar bear encounter story. Ransom tells me about one bear that repeatedly broke into the hospital and another that slid across a greenhouse roof. Iwanowsky recalls climbing out of his vehicle to retrieve a dropped camera lens only to find a bear ready to take a run at him. Shortly before my visit, a bear wandered through the town center and approached several homes.

Although rare, serious attacks have occurred. In 2013, a woman was mauled as she walked home from a Halloween party. The woman recovered and still lives in town, but the incident highlighted the importance of taking precautions. Visitors quickly learn to keep their heads on a swivel, constantly looking both ways, sticking to the main streets and avoiding blind corners.

“If you encounter a bear, and there is nowhere to shelter, make yourself big,” advises Wally Daudrich, owner of Lazy Bear Lodge. “Turning and running is not a good solution,” he continues. “The best thing is to take something that smells like you [such as an item of clothing], drop it and then back up. If he’s not running, you don’t want to run either. Keep an eye on him and [head] towards a safe area. You definitely don’t want to stand and fight. And [playing dead] is not a good idea.”

“They thought of them as giant white rats”

Churchill’s residents, 50 percent of whom are indigenous, have found a way to coexist with polar bears, but a scan through the region’s history shows this wasn’t always the case. For thousands of years, indigenous peoples came to hunt seals, caribous, moose and whales, as well as bears. In the 1600s, European explorers and fur traders arrived and, in 1717, the Hudson’s Bay Company founded the first permanent settlement, Fort Churchill. The company focused on beaver pelts but also traded furs from other animals, including bears.

In the 20th century, Churchill became Canada’s only Arctic seaport, before a military base was built outside town during the Second World War. A rocket range followed, and the region was even considered as a potential site for the British nuclear testing program. At the height of the Cold War, when Churchill was one of a network of Arctic radar posts designed to provide early warning of a Soviet attack, the town’s population swelled to 7,000.

During this period, military men and women carried guns, and “problem bears” were shot. “They thought of them as giant white rats,” says Ransom. When the military base closed in 1980, the community lost its buffer zone and residents were forced to find a way of coexisting with the bears. The result was the Polar Bear Alert Program, which protects “polar bears, people and the property in the Churchill area.”

It operates a 24-hour hotline and a series of humane traps around Churchill’s perimeter. If a bear makes it into town, conservation officers attempt to scare it away. As a last resort, bears are tranquilized and – to quote Ransom – taken “to the clink.”

Near the airport, the Polar Bear Holding Facility is a converted military hangar. “The bears don’t get food, just water and some wood chips to lie on,” says Ransom. (This is to avoid encouraging them to return to town for food; during the winter bears in the wild can go for more than four months without eating.) The maximum stay is around 30 days, after which the bears are tagged, transported a safe distance away and released. 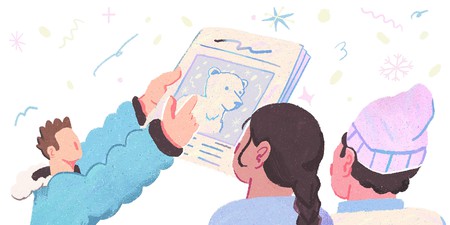 “Keep yourself from doing something stupid”

The threat to polar bears posed by the climate crisis is well documented. But remote communities like Churchill are also vulnerable, particularly from extreme weather. In March 2017, the town was hit by a three-day blizzard that prompted a state of emergency. Another heavy snowstorm soon followed. When the snow melted, floods wiped out parts of the railway line. It took 18 months to restore Churchill’s key transport link, during which visitor numbers fell, prices in the shops skyrocketed, and some residents left town.

Today, the community is getting back on its feet, with polar bear tourism playing a key role. During autumn’s “bear season” alone, around 10,000 people visit Churchill. The chance to see the Northern Lights and, in the summer, beluga whales are further draws. But while tourists are vital for the local economy, they also pose safety challenges.

“The amount of – I’ll be blunt – stupid things I see people do…,” says Iwanowsky, shaking his head. “I’ve seen someone walk into our visitor center and say, ‘Look at this great picture.’ It’s them taking a selfie with a polar bear maybe 40 feet behind them.”

What advice would he give to visitors? “The only real advice is common sense, which unfortunately is not as common as we’d like,” says Iwanowsky. “Keep yourself from doing something stupid. Don’t put yourself in a position where you’re going to become a news story.”