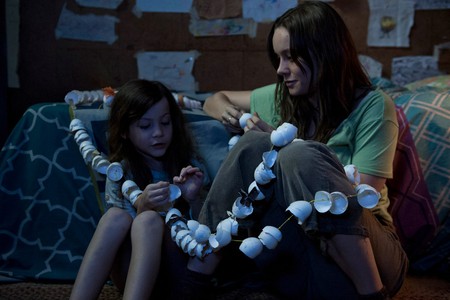 A scene from Canadian film, Room | Courtesy of Lionsgate

The heading on the website for National Canadian Film Day 150, which is on April 19, 2017, reads “1,700 events and counting.” For Canada’s 150th birthday celebrations, REEL Canada is producing the world’s largest film festival ever. Keep reading to find out more about the one-day, coast-to-coast celebration of Canadian cinema.

What is National Canadian Film Day?

REEL Canada is a non-profit organization that promotes the power and diversity in Canadian film through three programs: National Canadian Film Day, Our Films in Our Schools, and Welcome to Canada. “By celebrating Canadian cinematic storytelling, we can build a stronger and prouder Canada,” the team says.

They began National Canadian Film Day in 2005 as a way to celebrate Canada and its cinematic offerings. In 2017, Canadian film will be everywhere, thanks to federal government support and the event being designated a Signature 150 Project. There will be more than 1,700 screenings across Canada in theaters, restaurants, community centers, libraries, homes, and military bases. Plus, events are even happening at Canadian embassies worldwide. To promote the event, REEL Canada released a hilarious advertisement on March 23, 2017, featuring former Grey’s Anatomy actress and fellow Canadian, Sandra Oh.

How to get involved

There’s still time to host a screening in your Canadian community. Visit the website and fill out the late entry form, and REEL Canada will try and get a screening kit sent to you prior to the event. Aside from hosting your own event, you can attend a local screening, check out the broadcast schedule, or get online access to many Canadian films too. Schools are also able to participate in an interactive live-stream event on April 19th. There will be one in English and one in French.

On the official website, there’s also a section of recipes from many Canadian chefs, which were inspired by Canadian films. Have a movie night and enjoy the Bon Chop, Bad Chop Salad; Barney’s Best Brisket; and Trailer Park Pops to name a few. On social media, use the hashtag #CanFilmDay to share the Canadian film love. REEL Canada also has many fun moose images and headers, which are available to download and use on all social media platforms. 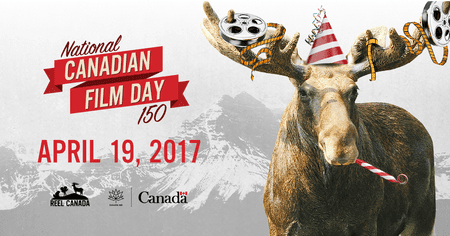 To accompany the 150th birthday theme, REEL Canada has compiled a list of 150 Canadian films, which is a good starting point for celebrating in the comfort of your home. They identify a Canadian film as one produced by Canadians, which includes the multi-award-winning Room, starring Brie Larson and Canadian child actor Jacob Tremblay. The movie was actually filmed in Ontario. Anne of Green Gables, which has recently been turned into a television series, is a classic that was filmed on Prince Edward Island.

A scene from Canadian film, Room | Courtesy of Lionsgate

On their blog, REEL Canada highlighted five films that perfectly capture Canada’s beautiful landscape. The movies are filmed in places like the Arctic, Newfoundland, remote Ontario, and British Columbia. There’s definitely a film and screening event for everyone across Canada this National Canadian Film Day.