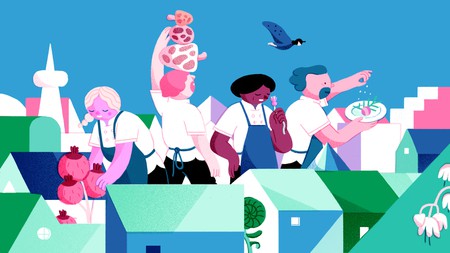 Can lichen moss, pawpaw and red hairy skunk currant hit mainstream menus in Toronto? For chef Justin Cournoyer, they must. Because ingredients like these are central to Canada’s culinary identity and the success of his Toronto-based restaurant, Actinolite.

If you live in Toronto, there’s a chance chef Justin Cournoyer might knock on your door, wondering if he could steal away with a cherry blossom, or perhaps snip a sprig or two of the grape shoots poking out of your driveway.

Cournoyer is a forager. Every day, he scours the city for homegrown ingredients, tailed by his band of chefs. Their findings are used to fuel monastically detailed tasting dishes at Actinolite, Cournoyer’s beloved Ossington restaurant, whose menu is made up entirely of wild ingredients.

It seems like a chef’s happily ever after, right? Perhaps, but showcasing Canada’s homegrown ingredients wasn’t – and still isn’t – a straightforward journey. 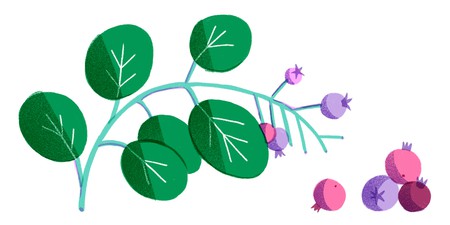 The problem with Canada’s culinary identity

When Actinolite first opened, the restaurant was coasting on a tried-and-tested formula. The opening menu was approachable, made up of Italian appetizers and stick-to-your-ribs staples. It had a sense of community and a loyal base of customers, as well as enough acclaim to attract diners passing through.

The first year of business had the restaurant on a sky-high trajectory, but Cournoyer began to ask questions. Why is he trying to cook Italian food? What’s his own culture’s culinary identity? And why doesn’t he serve that?

Part of the problem is that Canada doesn’t really have a culinary identity. Ask a Canadian what defines their cuisine and most people just aren’t sure, and Cournoyer was no different. Often, the country gets grouped together with American food or filed away with its European roots. Outside of the cartoonish tropes of maple syrup, beaver and moose, poutine is the only dish that immediately comes to mind as a signature dish, but it’s not indicative of the country’s vast culinary potential.

Curiously, the answer to Cournoyer’s (and Canada’s) culinary identity crisis would come from Anthony Bourdain’s celebrated Parts Unknown – an episode that would change the course of Actinolite.

From Copenhagen to Canada via Anthony Bourdain

Cournoyer’s culinary epiphany came from a shot of Noma’s head chef René Redzepi picking dirt out of lichen moss and serving it to Bourdain. Ingredients like juniper, beach mustard and reindeer moss were being used in one of the most lauded temples of gastronomy in the world. And they were all ingredients that grow throughout Ontario (and much of it in Cournoyer’s hometown of Actinolite).

It spurred a paradigm shift for Cournoyer’s entire approach. “These things that star chefs are cooking with on the global stage,” said Cournoyer, “I realized – I can go get them. They’re in my backyard.” So why was no one using them?

Part of the problem was related to supply; restaurants had no need for things like spruce, sassafras or serviceberries. People didn’t know what they were, and they didn’t want to eat them. But after the episode ran in 2013, Dyson Forbes – founder of Forbes Foods, a company that supplies foraged ingredients – found his phone ringing off the hook. A newly inspired ring of chefs in Toronto needed lichen moss, now. 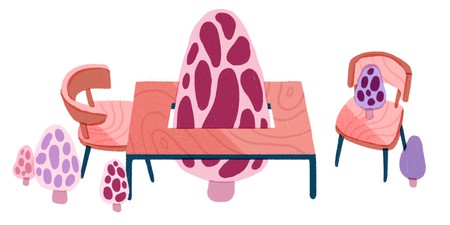 Canada is a vast country with a spectrum of climates and microclimates and boundless growing capabilities. Ontario alone is home to finds like the red hairy skunk currant – a deliciously juicy berry with tiny spikes and a crunchy seed – and the pawpaw – a fruit bearing a passing resemblance to a mango. “It’s a tropical fruit; it shouldn’t be growing in Canada, but it does,” says Forbes.

Though many foods of the Canadian landscape that Forbes stocks aren’t commonplace, they once were. Ingredients like serviceberries, linden flowers and saskatoon berries used to line supermarket shelves, as standard as apples and pears. However, as more prominent grocery chains began rolling through the country in the ’60s and ’70s with their supply of bulk-bought, imported goods, the culture of local foods disappeared. Now, serviceberries are left to fall off trees.

Forbes has been waving the banner for wild foods for almost 20 years, working with foragers and chefs around the country. And according to him, the reticence toward eating home-grown ingredients is slowly starting to lift. “In 2008,” remembers Forbes, “people would try spruce tips and leave with a weird look on their face. Now, people try spruce tips, and they mull over the flavors: they say, ‘I taste rosemary! I taste lemon! This would work with fish!’”

After the restaurant’s first year of business, Cournoyer decided to strip all the Italian out of Actinolite, alienating dozens of loyal customers in the process. He replaced the à la carte offerings with a tasting menu, designed to spotlight the land and the farmers who watch over it.

Why the farmers specifically? The growing interest in wild ingredients has led to a spate of legal complications; you can only forage on crown land, and the amount of crown land within Toronto’s confines is about the size of a postal stamp. “Most of the foraging you can do here is illegal,” Forbes explains. “You hear stories about farmers getting angry because they catch people going through their woodlots and taking all their wild leeks or running away with all their mushrooms.” 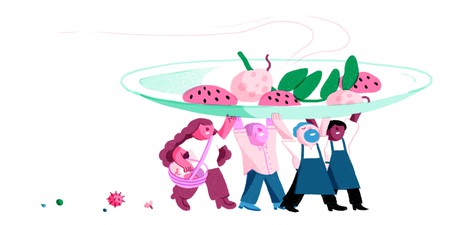 If you peek at menus across the Toronto, it’s evident that more and more chefs are following suit, taking to the Canadian terroir to source their ingredients. At the newly opened Kōjin (a product of the Momofuku empire), chef Paula Navarrete works with farms that practice regenerative farming, sourcing vegetables like sweet swing peas and asparagus. Chef Michael Hunter of Antler spends most of his weekends in the woods, on his own hunting and foraging expeditions.

‘Local’ is used on menus with more gravitas, and ingredients like fiddleheads, thistle and morels are becoming pedestrian fare. Yet, it’s a bittersweet moment for Forbes when cooks start taking to the wild to forage for themselves; it means they no longer rely on Forbes’s services.

“They’re chefs – they have the skills to pick and pickle wild leeks themselves the way they want to,” says Forbes. Nevertheless, he has found a new role in educating the public on the potential of wild foods. “I would love it if breweries started brewing spruce beers, or people started brewing root beer with real sassafras,” he says. Once you taste these flavors, there’s no going back.