Challenging Someone to a Duel Could Soon Become Legal in Canada 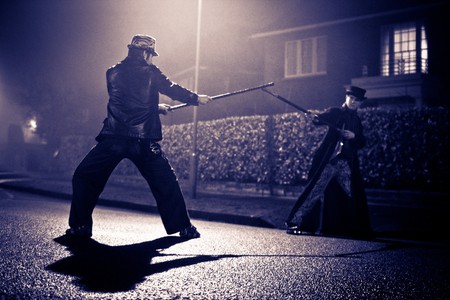 Challenging someone to a duel might sound like a relic from the past, the Liberals under Prime Minister Justin Trudeau recently announced that the Canadian government plans to make it legal for citizens to consent to or call for a duel.

In June 2017, Justice Minister Jody Wilson-Raybould stated that certain “obsolete” and “redundant” components of the Criminal Code would be eliminated in order to modernize the country’s criminal justice system.

Until now, Section 71 of the country’s Criminal Code has outlined that someone who “challenges or attempts by any means to provoke another person to fight a duel” could face a punishment of up to two years in jail. Under the revisions, such challenges would no longer face this penalty, though any ensuing results—armed assault, for example—would, of course, be entirely illegal and punishable by law.

Through the same efforts to update the Criminal Code of Canada, other outdated laws that would be repealed include: 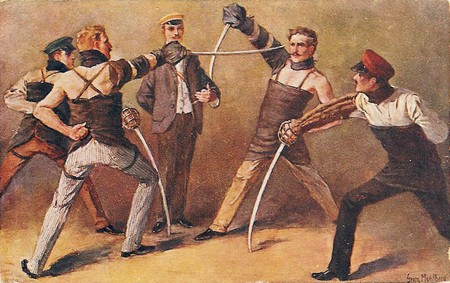 According to historical records, the last fatal duel in Canada was in 1833, in Perth, Ontario, in which two law students and former friends, John Wilson and Robert Lyon, quarreled over the affections of a local schoolteacher. Lyon died in the second round shots, and Wilson was subsequently acquitted of murder; the schoolteacher in question eventually became a Member of Parliament and, later, a judge.

What has been referred to as “The Most Ferocious Duel” in Canadian history took place on in 1819 near the Lachine Canal in Montreal between William Caldwell, a doctor, and Michael O’Sullivan, a member of the Legislative Assembly of Lower Canada, whose dispute started when Caldwell accused O’Sullivan of lacking bravery. Despite an unprecedented five rounds of shots, neither man died during the duel, although they both suffered severe injuries. Upon his death in 1839, an autopsy revealed a bullet still lodged near his spine.

Worldwide, dueling has a long history that offers insight into the darker—and often pettier—side of personal honor, integrity, and revenge. One of the most infamous cases of dueling involved Alexander Hamilton, who was shot to death by Aaron Burr as the culmination of a long personal rivalry between the two politicians. 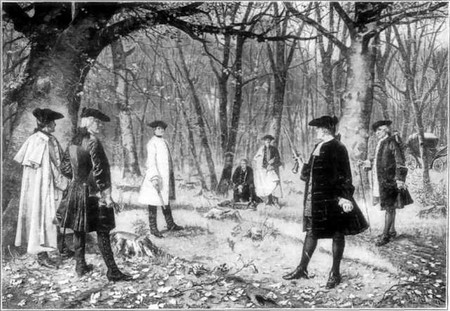 An interpretation of the duel between Alexander Hamilton and Aaron Burr, 1804 | J. Mund / Wikimedia Commons

Another well-known case of dueling involved the great Russian poet and writer Alexander Pushkin in 1873, who fell at the height of his literary career to a bullet shot by his rival George d’Anthès, who had pursued and attempted to seduce Pushkin’s beautiful wife, Natalya, in Saint Petersburg.

Duels were not just a mainstay of the eighteenth and nineteenth centuries, however, and nor were they exclusively the domain of men. In Italy in 1552, Isabella de Carazi and Diambra de Petinella dueled in rivalry over a common lover, Fabio de Zeresola, a confrontation immortalized in Spanish artist Jusepe de Ribera’s celebrated painting, Women Gladiators.

Another well-known example of women dueling was in London in 1792, a Mrs. Elphinstone made a backhanded comment about Lady Almeria Braddock’s age, and what was supposed to be a mild-mannered afternoon tea escalated into outrage. Lady Braddock challenged Mrs. Elphinstone to a duel in Hyde Park, and the two women first shot at each other with pistols at ten paces; after both of them missed their marks they resumed the duel with swords. Although Mrs. Elphinstone took a small injury to her arm, the “Petticoat Duel,” as it came to be called, ended with no further incident when she agreed to write a letter of apology. 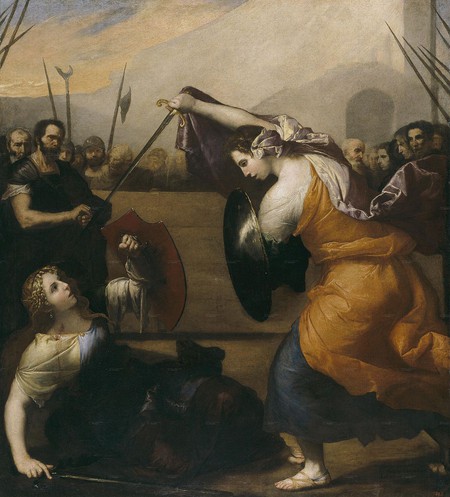 It’s not yet known when the new legislation might pass, but it is currently working through Canada’s House of Commons.