Smuggler's Cove in Sechelt | © Ken McMillan/Flickr
When a Canadian province consists of over 40,000 islands, you know that it’s going to be home to just a few incredible and diverse seaside towns. From Tofino on Vancouver Island to Gibsons on the Sunshine Coast, here are the best coastal towns you need to visit in British Columbia.

Located on Kaien Island in northwestern British Columbia, Prince Rupert is a small marine town, with many cruises stopping there on the way to Alaska – it’s just south of the state border. Visitors should stop by Cow Bay when in town, which is a three-block area filled with decorated cows (hence the name), enjoy a seafood meal – the area is rich in salmon – and browse local artists’ work. It is also known for its grizzly bear population in the nearby Khutzeymateen Sanctuary. 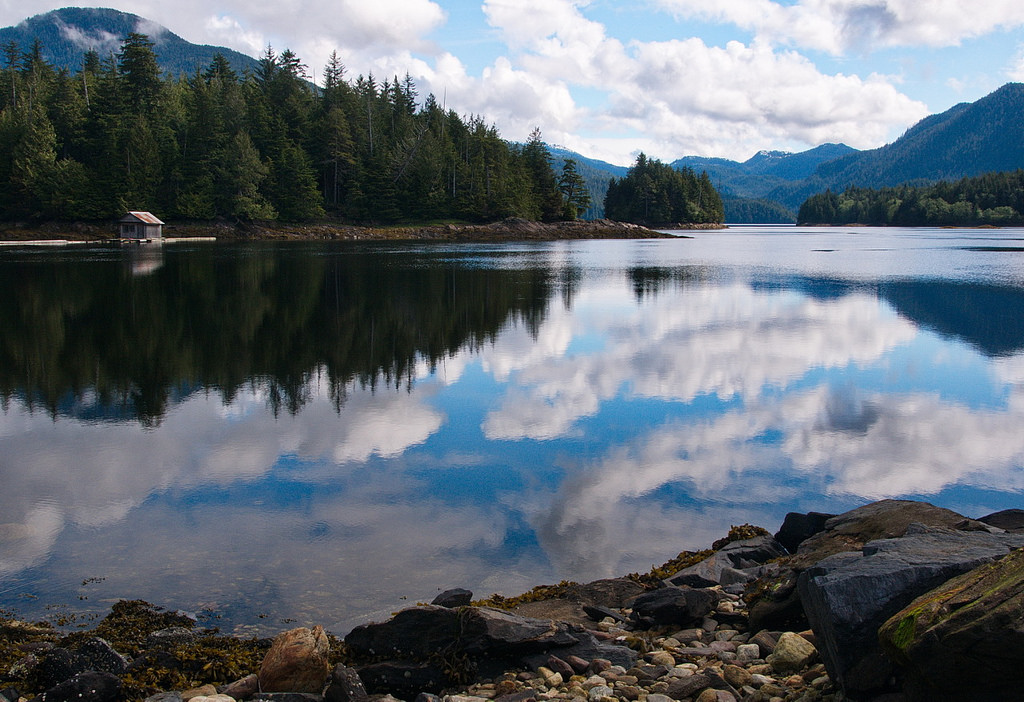 Located just an hour outside of Vancouver on the photogenic Sea to Sky Highway, Squamish may get overshadowed by its neighbour, Whistler, but it does have something else. Instead of ski resorts, this town has the beach. The most popular activities around town include both windsurfing and kitesurfing in the summer, hiking Stawamus Chief, playing golf beside the ocean and enjoying the views from the Sea to Sky Gondola. If you are looking for a town that offers both mountainside adventures and seaside fun, Squamish is the place.

Restaurant, Canadian, $$$
Tofino is one of the most well-known townships on Vancouver Island. It’s referred to as Canada’s surf capital, with over 35 kilometres (22 miles) of surfable beach. But if surfing isn’t your thing, there are plenty of other attractions. Hiking, whale watching, stand-up paddleboarding, and even storm watching are just some of Tofino’s best activities. You also can’t visit Tofino without eating BC’s best tacos at Tacofino and dining at the award-winning restaurant, Wolf in the Fog.
More Info
Open In Google Maps
150 4 Street, Tofino, British Columbia, V0R 2Z0, Canada
+12507259653
Visit website

It may be just a small village on Graham Island, but Queen Charlotte is the gateway to one of British Columbia’s best-kept secrets. Haida Gwaii (formerly known as the Queen Charlotte Islands) consists of 150 islands, but Graham Island’s the most populated. Queen Charlotte is where you will find government houses, accommodation options and many oceanfront restaurants. The seawalk is a must-do activity, which offers visitors sweeping views of Skidegate Inlet and Queen Charlotte Harbour. National Geographic named Haida Gwaii as one of the best trips of 2015, so it’s worth seeing if it lives up to this accolade.

Only a 20-minute ferry ride from Horseshoe Bay in West Vancouver, Bowen Island lives up to its slogan, ‘Within Reach. Beyond Comparison’. It’s a great place for a day trip from Vancouver, with a thriving village life awaiting you in Snug Cove. There are plenty of restaurants, pubs, galleries and stores filled with jewellery and handcrafts to keep you busy. Catch the public bus around the island and enjoy a day at one of Bowen Island’s popular beaches: Tunstall Bay, Sandy Beach or Bowen Bay. 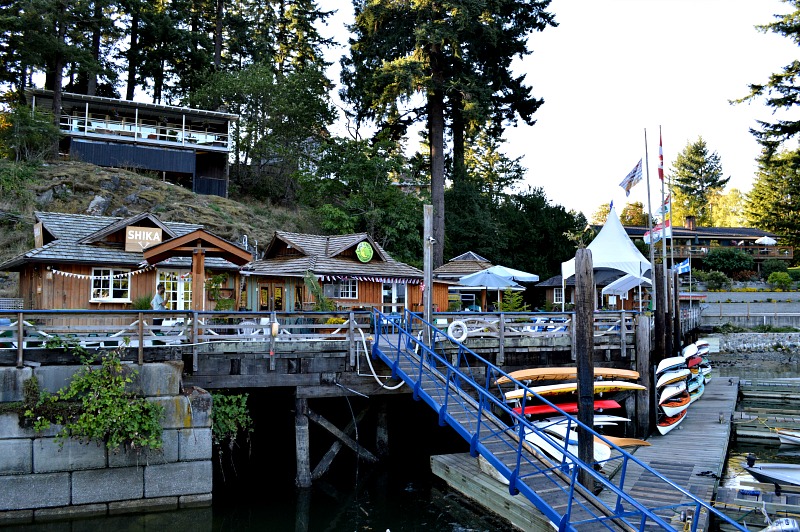 Described as the gateway to the Sunshine Coast, Gibsons is a popular summertime destination in British Columbia. It’s a 40-minute ferry ride from West Vancouver, and its picturesque harbour is just the beginning of the town’s charm. It has a thriving arts scene and hosts many festivals during the warmer months. It’s also where the popular series The Beachcombers was filmed from 1972 to 1990. Gibsons is an excellent option when travelling without a car too; there are ferries, public buses and bike rentals to make your trip to this BC seaside town easy breezy.

Steveston is a small coastal town in the Greater Vancouver area, but it feels a world away from the hustle and bustle of city life. That may be because, for a few months of the year, it does become another world: Storybrooke from the popular TV show, Once Upon a Time. If you are a fan, a visit to Steveston is a must. Walk down the main street and see sights like Granny’s diner, the clock tower and the pier. Even if you aren’t a fan, the town is a great place to relax, enjoy some seafood by the sea and eat some ice cream while watching the sunset. 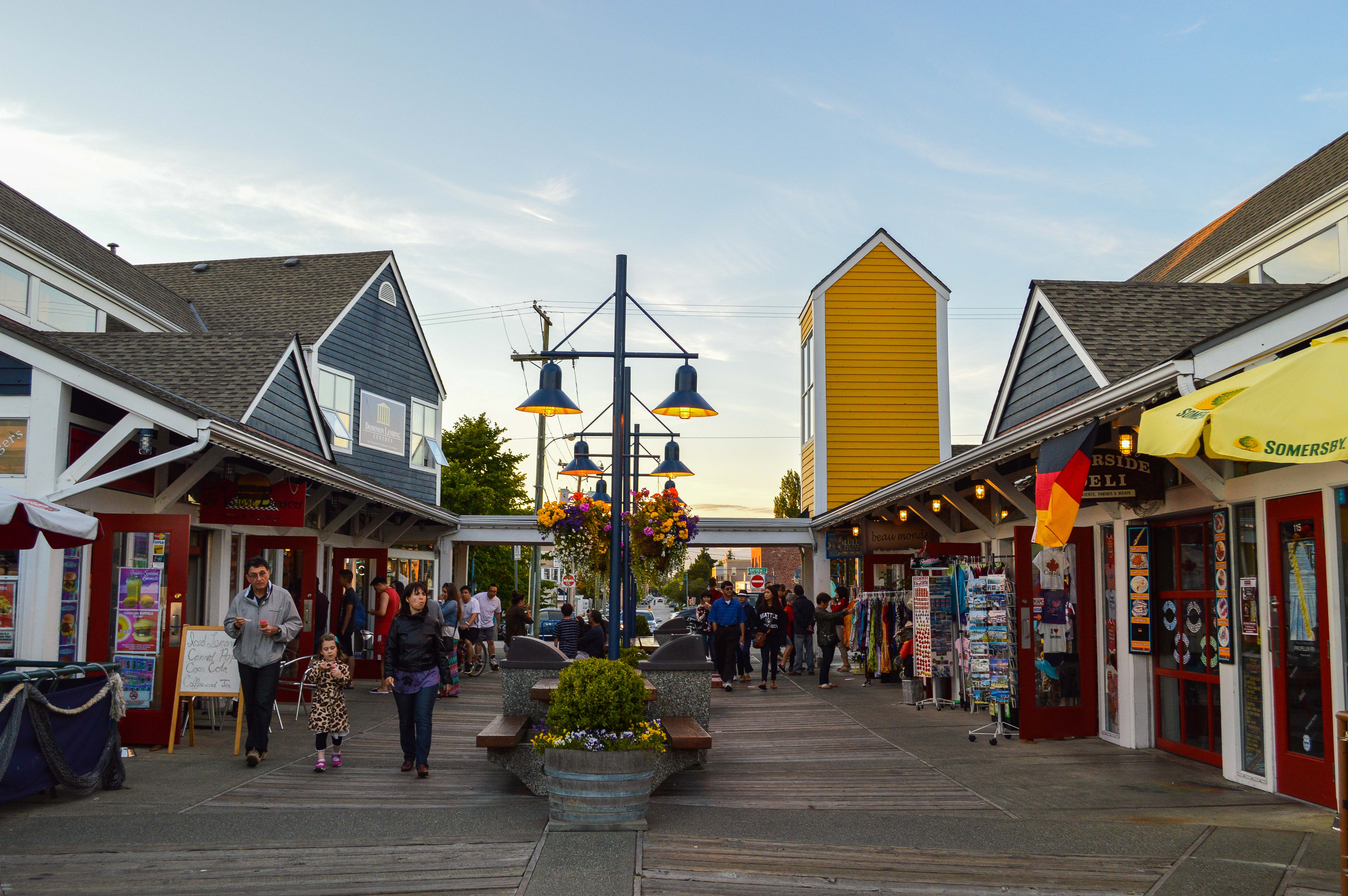 Separating mainland British Columbia and Vancouver Island, the Gulf Islands comprise over 200 islands, with Salt Spring Island being the most popular. The reasons why? Well, the island is home to friendly locals, forested trails and scenic beaches, to name just a few. It’s described by many as an ‘unspoilt paradise’, which will feel like a breath of fresh air. There is a large range of dining options on the relatively small island too. From March to October, the best thing to do in town is to visit the Saturday Market.

Located north of Gibsons on the Sunshine Coast, Sechelt is another great BC seaside town. Surrounded by mountains, it has a lot to offer adventurers. Hire a kayak and paddle out to Smuggler’s Cove, with its clear water and rugged cliffs, or if you are a more experienced outdoorsman, head to Skookumchuck Narrows and try your luck against North America’s fastest-moving saltwater rapids. You can then do the 40-minute climb up Soames Hill, which overlooks Gibsons. After this much adventure, you will love resting your head at one of the town’s unique B&Bs. 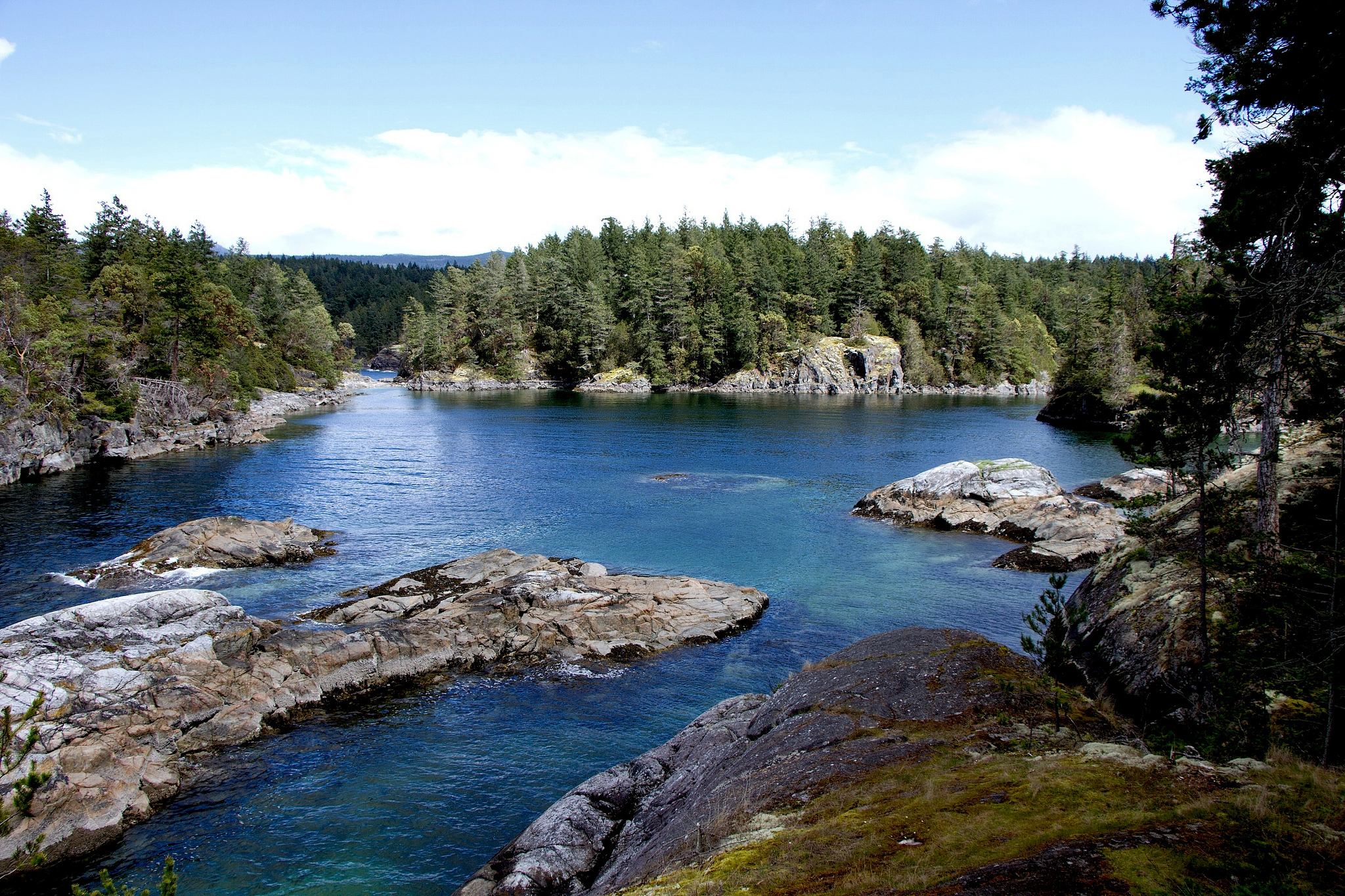