The 10 Most Beautiful Towns in British Columbia 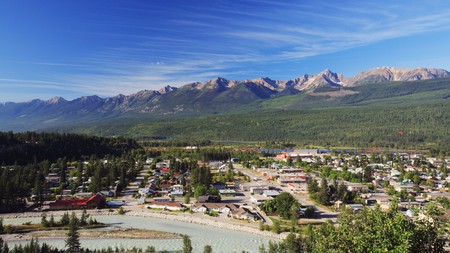 One of the most beautiful towns in British Columbia is Golden, overlooked by the Purcell Mountains | © John E Marriott / Alamy Stock Photo

Canada’s westernmost province is home to some of the last wild, untouched landscapes on the continent. It’s difficult not to feel inspired by British Columbia’s jagged mountains, icy fjords, abundant wildlife and spectacular coastlines. Each of its towns exudes character, and the natural scenery for which the province is famous is never far away. Here are some of British Columbia’s most beautiful towns.

Nelson’s picturesque setting is a shelf of land overlooking the dark-blue waters of Kootenay Lake. Parks and beaches can be found along its waterfront, and the town itself is home to more than 350 heritage buildings constructed between the late 19th and early 20th centuries. Many of these well-preserved buildings have been converted into cafes, eccentric galleries and offbeat boutiques. Adding to Nelson’s charm is its artsy, youthful culture, with the town touted as having more artists per capita than any other town in Canada. Nelson is also an excellent base for hiking and skiing in the nearby mountains, and for kayaking in the lakes and streams in the surrounding area. 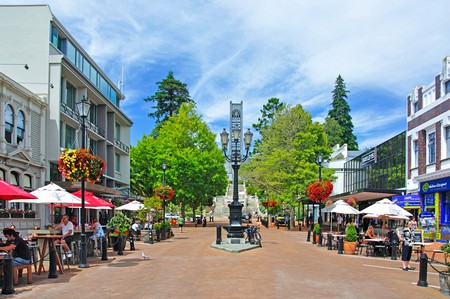 Golden is located at the confluence of two important rivers: the lazily moving Columbia and the powerful, glacier-fed Kicking Horse. This unpretentious town is home to the highest concentration of backcountry lodges and the longest freestanding timber frame bridge in Canada. With six national parks found in the area, Golden is a perfect starting point for paragliding, wildlife viewing, mountain biking or whitewater rafting down the Kicking Horse. In the winter, visitors come here to enjoy skiing, which ranges from downhill to heli-skiing. The town also offers some excellent restaurants, including one that’s said to be set at the highest elevation in Canada.

Whistler regularly ranks among the top five winter ski destinations in the world, with the 2010 Winter Olympics only increasing its well-established fame. The town is overlooked by the towering Blackcomb Mountains, which encompass an extensive network of hiking trails and ski slopes. Although the focus here is typically on skiing and snowboarding, the town is a perfect base for all kinds of other winter sports, including snowshoeing and bobsledding. In the summer, Whistler offers wonderful opportunities for hiking, biking and even zip lining. Despite being purpose-built in the 1970s, Whistler Village is walkable and attractive, particularly during the winter when its rooftops are dusted with snow. 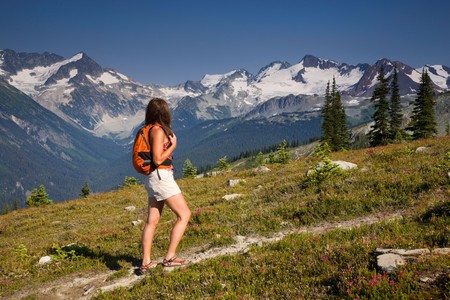 Although best known as a winter ski resort, Whistler is also a popular destination for hiking in summer | © Ron Niebrugge / Alamy Stock Photo

Once dependent on open-pit coal mining and logging, Fernie has established a reputation as an outdoor enthusiast’s paradise. Surrounded by rugged mountains on four sides and pierced by the icy Elk River, the town’s setting is dramatic and timeless. Fernie attracts skiers, snowboarders and snowmobilers in the winter with its dry powder. In the summer, it’s a superb spot for hiking, mountain biking, fly-fishing and rafting. Despite its ever-growing popularity with tourists, Fernie retains a low-key appeal. Its leafy streets are lined with attractive wooden and brick houses, many of which are designated heritage buildings.

Tofino is a beguiling mix of rich Canadian heritage and California surf-town vibes. Despite attracting millions of tourists each year, Tofino is still a funky town filled with art galleries, excellent restaurants and plenty of natural beauty. Located on the southwestern coast of the province, the town offers spectacular views of the Pacific Ocean, and its beaches are home to some of the best surfing in Canada. Whale watching off the coast and hiking in the surrounding old-growth forests are popular activities, as is venturing to neighboring islands and hot springs.

A more laid-back alternative to Tofino, Ucluelet offers the same fantastic range of outdoor activities as its busier neighbor. Affectionately known as Ukee, the town has friendly, welcoming locals who are usually more than happy to recommend things to do or places to eat. The streets are lined with appealing restaurants, B&Bs and artisan shops, while the surrounding area offers wonderful opportunities for wildlife viewing, hiking, biking, kayaking and surfing. It’s a great base for taking on the Wild Pacific Trail, a relatively easy trail that offers spectacular coastal views. 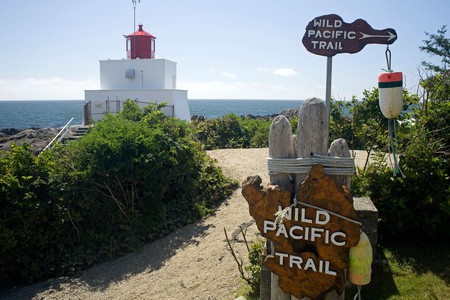 Cowichan Bay is defined by its colorful pier, which is lined with floating homes and buildings on stilts. The town was the first in North America to be designated a Cittaslow community, a global movement aimed at slowing down the pace of life in towns, and promoting their unique traditions and culture. It’s therefore no surprise that Cowichan Bay is known for its local cuisine, which includes fresh seafood, organic bakeries and artisan cheese shops. The Cowichan Bay Estuary is home to more than 200 species of migrant shorebirds and waterfowl. Plus, whale watching and sea kayaking can be enjoyed out on the bay.

Revelstoke is set in a narrow valley bordered by the imposing Selkirk and Monashee Mountains. The town was built in the late 19th century as a key point on the Canadian Pacific transcontinental railroad linking eastern and western Canada. The numerous heritage buildings found in the town’s downtown area were built during this time, many of which have since been transformed into restaurants and hotels. The city’s present is as vibrant as its past, with a strong local arts community and plenty of activities for outdoor enthusiasts. In the winter, Revelstoke is a perfect base for skiing, snowboarding, snowmobiling and heli-skiing, while in the summer, hiking, horseback riding and kayaking are all popular activities. 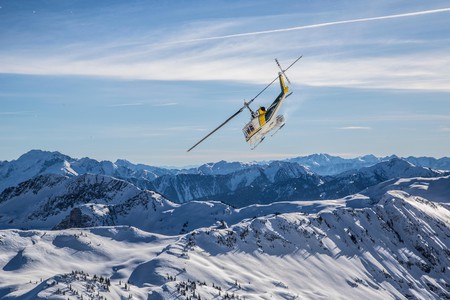 Prince Rupert is located on Kaien Island, 40mi (64km) south of the Alaskan border and linked to the mainland by bridge. Often enveloped by mist, the town is spectacularly set at the mouth of the Skeena River, surrounded by mountains, coastal rainforests and fjords, in addition to overlooking an archipelago of islands. Its residents are hardy and down-to-earth, with the town exuding a quaint and mysterious charm. The town’s extensive First Nations heritage is evident in its architecture and artwork, with its population comprised mainly of First Nations peoples and Canadians of European descent.

Set in a volcanic valley nestled amid the Southern Monashee Mountains, Rossland is one of Canada’s top mountain-biking destinations. The old trails and abandoned rail lines left by the town’s long history of mining now serve as perfect cycling paths. Although most visitors come to the town for biking, the trails are also ideal for horseback riding and hiking. In the winter, the town’s Red Mountain Resort is a popular destination for skiers. Rossland is dotted with pretty boutiques and independently owned shops, with no traffic lights or shopping centers present to diminish its old-world atmosphere.