An Interview with Greg Gatenby: Founder of the International Festival of Authors 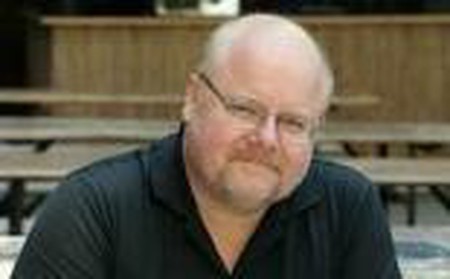 Greg Gatenby founded the Festival of Authors at Harbourfront in Toronto in 1974, which has since been one of the best-known literature festivals in the world. Ewa Bianka Zubek met him to discuss the delicate art of running a successful literary festival. 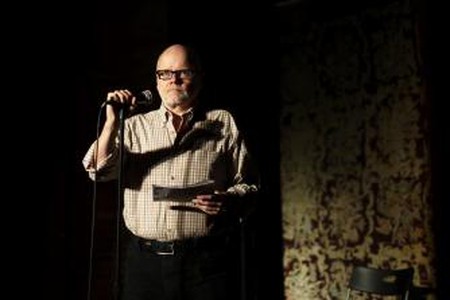 We met at the International Literature Festival in Berlin, where Greg Gatenby led a panel discussion on hosting and organising the literary festival.

As the founder of the International Festival of Authors at Harbourfront in Toronto, what can you tell me about the event and its history?

I’ll give you some deep background. In the 1950’s, all North American and probably most European cities began to develop container shipping. It was so logical and easy in comparison to the old methods of transportation that it was adopted almost overnight. The trouble is, new ports had to be set up for the container shipping; meanwhile, the old ports dilapidated. Nobody used them anymore; the buildings fell into disrepair; they became dangerous places. That happened in Toronto as well.

In 1972, in the federal election in Canada, the government in power – the Liberal party – realized that they were going to lose most of their political seats in Toronto unless they did something drastic. So, thinking they were capturing the zeitgeist, they announced – three days before the election – that they had expropriated 100 hectares of the old waterfront and were offering it as a gift to the citizens of Toronto. In consequence, a huge amount of public money was spent on putting up circuses, fireworks and other attractions at the old harbour – every single day. But one of the many things that they presented was a poetry night. However, after six months, the government’s money started to run out, so they had to cut back. Of course, what is the first thing they decide to cut? The poetry readings. Because they didn’t get big crowds.

I was already working there as an organizer and offered to take it up for free. At that time there were few local writers and no funds available to actually invite people from afar. The local writer would come and read for 30 minutes and the rest of the night would be open mic. That’s the way it was for a couple of years and I eventually grew very tired of this because the open mic night was really bad – they were usually terrible poets, egomaniacs. I also ran out of local poets to invite, so I began to invite fiction writers and playwrights. That proved to be popular with the public, more popular than the poetry night itself.

And when the festival began to grow, why did these young writers feel that they should come and read there? 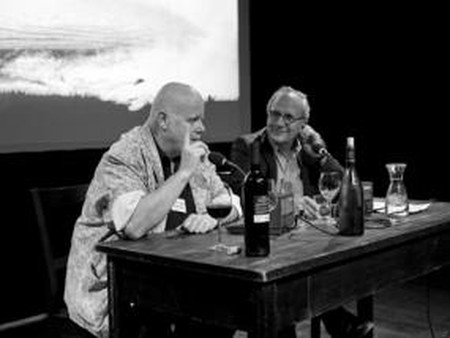 If you’re a pianist, the one place in North America where you’d want to play more than in any other is the Carnegie Hall. Why? Because Tchaikovsky played there. All the famous pianists played there. That’s natural. It’s an honour to play there. And slowly, this programme I ran became the one place in Canada where all these famous Canadian writers had also spoken years before. All the young writers in Canada wanted to read at this particular harbour front for that particular reason.

You see, throughout my education I had never studied any Canadian authors until my first year at University. In school, we used to be taught that all the good writers came from other places, not Canada. And the metaphor I use is that when I was growing up, authors were like oranges: everybody in Canada likes orange juice and drinks it, but our climate is one where you cannot grow oranges. But there’s no shame in this – it’s just something that grows elsewhere and we consume. So I was shocked when I went to University and found all those wonderful Canadians! Well, these writers found a huge audience. People were hungry to hear their own stories told.

How the festival originally became international is a different story. Through a rather bizarre set of circumstances, one year, I think it was 1978, we were going to hold the first event for a non-Canadian – a Brit. I thought to myself: a foreign writer, what a strange concept. But let me tell you; usually our readings attracted fifty or a hundred people. This guy had more than three hundred, and he wasn’t even anybody famous. I realised then that he had such a big audience because there was the new hunger to hear foreign voices again, after the long, nationalist chapter.

What do you think is the general attitude towards such events these days?

I believe that at the start, everybody loves literature. I’ve never met a child under the age of six who did not want a story told to him. Teachers destroy this natural love of storytelling as they stand in front of the class and ask “Children, what is the author trying to say? What is the secret behind these words?”. The children don’t know; they feel stupid, and nobody wants to feel stupid. They then get a test, fail it and soon learn to equate literature with torture. 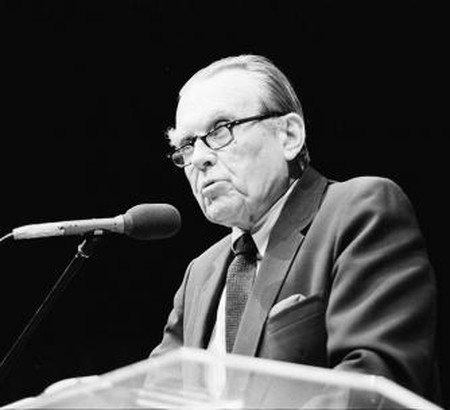 In those years, I’d been travelling quite a lot and noticed that every European city had a poetry festival. And people naturally get excited about a festival of any sort! I think it’s the concentration of talent that encourages the public to take chances and see things they never would have seen otherwise; they recognise that a given event is not just a one-off, but a festival that showcases something larger, a culture.

Wanting to expand my festival beyond Canadian literature, I took a chance and named it the International Festival of Authors at Harbourfront in 1980. Interestingly, I booked a Polish poet in whom there was no media interest whatsoever In Toronto – nobody even wanted an interview. Ten days before the festival, it turned out that he would be awarded the Nobel Prize for Literature that year – yes, it was Czeslaw Milosz. Suddenly, all the media, both Canadian and from the United States, flocked upon my event, giving it the coverage I would have otherwise had to work for for years.

What’s the role of the artistic director at a literary festival? After all, he’s the one that really offers a certain programme to the public – in the hope that it’ll attract that public.

The best artistic directors bring in the authors that the public wants to see, as well as the authors they should know about, but don’t. What I did: I would invite a mix of famous authors and lesser known ones to a single event or discussion. In that constellation, the public that only wanted to see, say, Margaret Atwood, also got to see some foreign writers that they had never heard about before. So this education for the public is an important role for the festival. 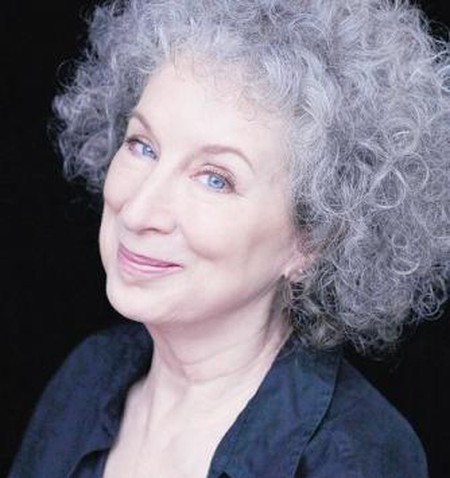 Moreover, I’ve always been insistent on the showbiz angle of the event. At my festival, there were be drum-rolls, spotlights, a sense of excitement and build up. Some people may think that this is all artificial and literature should be more serious, but I disagree. The public have paid money for the tickets and so they should get more than a quiet reading in a dodgy basement nightclub.

Do you think that’s one difference between the North American and European attitude to literature festivals?

Well, the festivals I’ve been to in Europe simply don’t know what showbiz means – they’re more like a Cambridge seminar than a theatrical event.

If the attitude towards literature has shifted so much, then how has the audience at literature festivals changed over the years?

When I started, going to a reading was considered very bohemian. But over the years, as the festival and its fame grew, it became a normal night out, so you would see a much wider range of people coming in to listen – young people, too.

This is much different for some other cultural events. No wonder few young people go to see the philharmonic orchestra – it’s like going to a brain surgery: all the lights are on, the conductor and musicians come on stage with no announcement, there’s the applause ritual. Nobody speaks to the audience or tells them about the music.

If you want to convince young people to come to readings, you need to have someone there that is part of the younger generation’s comfort zone. For example, a music show host could moderate events other than the most popular reading for young people. He could interview Robert Green or Herta Müller and do it in a place that’s comfortable for the young audience. Finding a hip author and a hip moderator really does make a difference. In such a setting, young people are willing to explore new genres and authors.

In that case, it seems that there’s hope. Does that mean that the future of the literature festival is a bright one?

The storytelling aspect won’t change overnight. At the moments of your profoundest grief or joy, you automatically want to read a poem rather than any other kind of text. You don’t read a Justin Bieber song or a stock exchange report. We still do need the profound. There will always be the need for poets, storytellers and drama.

How that will manifest in the future, I don’t know. Maybe the number of people who read books will fall, but that’s not the end of the world. People will read less and less in the future, but these things are fluid. There’s no need to be too gloomy. Maybe someone will come around in a few years and change everything about reading. It’s all up to future leadership, the people who bring in new ideas and enrich the world of literature again.

The International Festival of Authors 2013 is taking place between 24 October and 3 November. Readings at Harbourfront take place all year round.