La Mauricie National Park in Quebec consists of over 500 square kilometers (193 square miles) of dense forests and 150 lakes. Situated near Shawinigan, around two hours from both Montreal and Quebec City, the park is characterized by both the Laurentian Mountains and the Canadian Shield, making up part of the Eastern forest-boreal transition ecoregion. 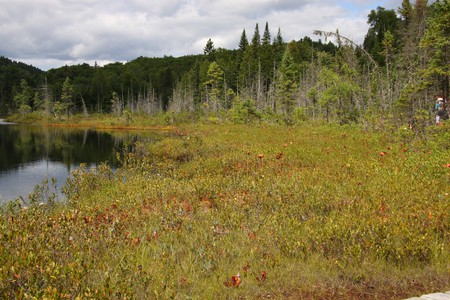 The 19th century entered a period of extensive logging throughout the region, with a particular focus on the sturdy lumber provided by red and white pines. The ongoing ecological damage caused by the forest industry was part of the government’s motivation for establishing La Mauricie in 1970.

Now a popular spot for canoeing, kayaking, and camping, the park is open during both the winter and summer seasons. During the winter, which runs from December to March, La Mauricie offers a network of cross-country skiing and snowshoeing trails in addition to ice climbing and wide-tire winter cycling opportunities. Maïkan Aventure supervises ice climbing, with professionals guiding the outings so that participants can learn ice-climbing techniques and safety precautions before climbing on a natural cliff face.

No matter the season 💑

Another fun winter activity is snow tagging, which involves registering at Lac aux Chevaux or Solitaire Lake in order to draw a temporary piece of art on a frozen lake—with your snowshoes. You can choose from sample drawings available at Rivière à la Pêche Service Centre, or bring your own, and then you trace a picture by walking or running across the ice. When you have finished, you can retrace your steps to the nearest lookout to admire your work from afar and snap a picture of it.

Camping in La Mauricie includes around 200 sites that are only accessible by canoe, so you can mix paddling and portaging with your overnight stay in the park. Beyond camping, summertime activities in the park include recreational fishing and swimming, plus there are a variety of circuits marked for trail cycling or hiking, which vary in length and difficulty. 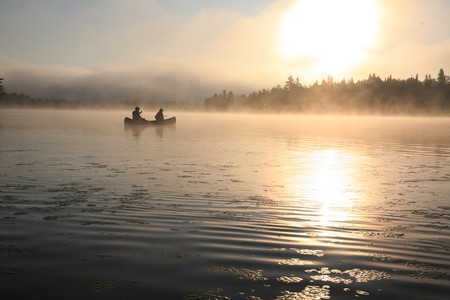 Even if you don’t enjoy camping, the park has a series of small structures that are a cross between a tent and a cabin—called oTENTik—so that you can still enjoy the benefits of spending time outdoors without the potential discomforts.

La Mauricie is beautiful in every season, and you won’t want to miss out on the stunning panoramic views that many of its hiking trails and forest paths offer. The park is also home to over 50 species of mammals and 211 species of birds, giving you the opportunity to learn about and commune with the regional wildlife. Additionally, forests that have 30 species of trees cover 93% of the area—so you can really escape from the city into the wild unknown. 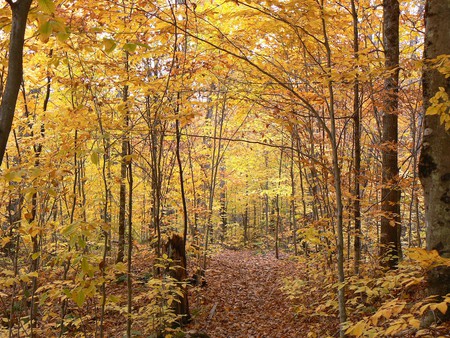