8 Toronto Photographers To Watch Out For 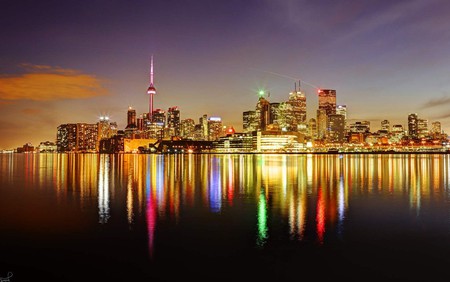 Toronto is a hotbed of photographic talent with backgrounds that range from the fashion industry to conceptual artistry, and even biology. Representing a cross-section of Canadian photographic talent more broadly, here are eight Toronto-based photographers to keep an eye on throughout the upcoming years.

With the tagline “Calope will make you fall in love,” Carlo Calope has already caught the eye. He creates dark and expressive portraits that are characterized by natural lighting and often have an air of mystery about them. His fashion photography has appeared in Schön Magazine and S Magazine, among other clients and features.

Anna Snyder studied at both York University and OCAD in Toronto. She incorporates different media in her art, though she explains that she works “within a lens-based art practice,” often exploring themes connected to sexuality, gender, and the environment. Most recently, Snyder was selected as one of the Untapped Emerging Artists at the 2017 Artist Project, and she was one of Canada’s winners for Flash Forward 2016.

A graduate of Ryerson University’s School of Fashion, Lawrence Cortez has already started to make a name for himself in the world of fashion photography. Working with fashion designers, boutiques, and editorials between Toronto and New York, he creates bold and expressive images that have graced the pages of publications such as Marie Claire and Harper’s Bazaar.

Born in Winnipeg but currently based in Toronto, Katie Sadie’s photography is raw, edgy, and often pushes into the domain of the surreal. A graduate of Sheridan College, she has worked with the likes of Fashion Magazine, Dorothy Hong, and Elite Model Management, and Think Contra to create unique and thoughtful compositions.

Twins Brittany and Brianne Daigle make up the Jane and Jane photography team, named after their shared middle name. This unusual duo are a powerhouse of creative fashion and portrait photography, creating images that are at once striking and ethereal.

Radha Chaddah’s photography balances her unusual background in both arts and science. She studied Film and Art History at Queen’s University, and then received her Master of Science in Cell and Molecular Neurobiology at the University of Toronto. Her imaginative cell photographs and interactive multi-media installations have been featured and exhibited across Canada, and her photographs have been published in numerous publications. In her own words, her photography “examines the interconnected themes of knowledge, illusion, desire, and the unseen world.”

Toronto-born Meaghan Ogilvie has long been recognized for her stunning underwater photography. A graduate of Sheridan College, her work primarily explores the human “relationship to nature and where we find ourselves within that relationship during a period of rapid ecological change.” She interned at Toronto Life Magazine, worked as a Photo Editor for Wire and Getty Images at the Sundance and Toronto Film Festivals, and also managed a commercial photography studio in Toronto. Her exhibition Requiem of Water for PANAMANIA in 2015 was her first solo show.

Holly Sisson is most notable for her time stack photography. A time stack is a series of photos that are taken at timed intervals, and layered together through a program like Photoshop in order to create one image. Particularly striking are her time stack photos of the Toronto skyline. Sisson also captures portraits, pet photography, rural scenes, and family pictures.