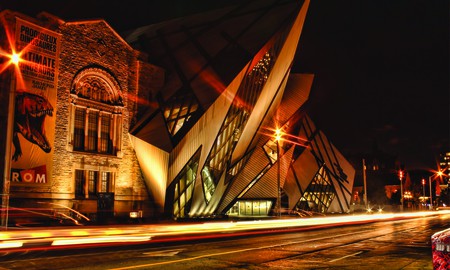 Every object has a story. The Royal Ontario Museum‘s astounding collection of artifacts, which cross centuries and borders, is staggering. Even on the most tranquil afternoons, the ROM buzzes with energy. But what, really, are the stories behind these pieces? It’s one thing to admire something cool and quickly Instagram it. It’s another to understand its significance.

Over 20 million years ago, this piece of rock from the Red Planet, belched into space by a super volcano, crashed into northwestern Africa. What makes this meteorite especially intriguing, other than its incredible journey across space, is that its properties have helped scientists narrow down Mars’s origins. Studies suggest, thanks to NWA 5298, that the planet’s surface may not be as old as originally thought. 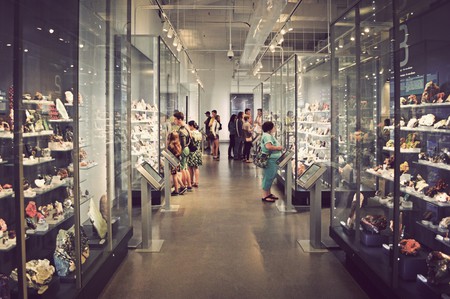 This fresco of a proud lion was moulded and baked over 2,000 years ago and mounted in the throne room of King Nebuchadnezzar II himself. That’s the king who commissioned the construction of the tower of Babylon and the Hanging Gardens, the seventh ancient wonder of the world. Nearly inconspicuous among the other objects in the Wirth Gallery of the Middle East, the striding lion is a direct link to the golden days of Babylon. The lions filled the throne room and lined the passageway that led through the gates of Ishtar — those very same gates the oldest hero in literature, Gilgamesh, rode. 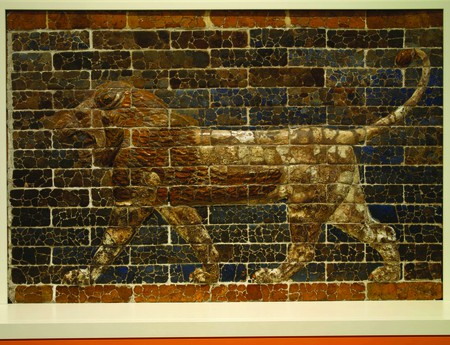 In the Schad Gallery of Biodiversity on the 2nd floor, there are many animals encased behind spotless glass cases. Bull, the enormous, two-ton Southern White Rhino, greets visitors at the entrance of the gallery. He grazed at the Toronto Zoo for 45 years, and when he passed, taxidermists set to work preserving him. The Schad Gallery of Biodiversity is an important element of the museum. Its focus is on conservation and educating the public about the constant threat of extinction. White rhinos have been on the brink for years, poachers being particularly interested in their horns. Bull acts as ambassador to all endangered animals and a representation of the magnificence of the wildlife on the earth. 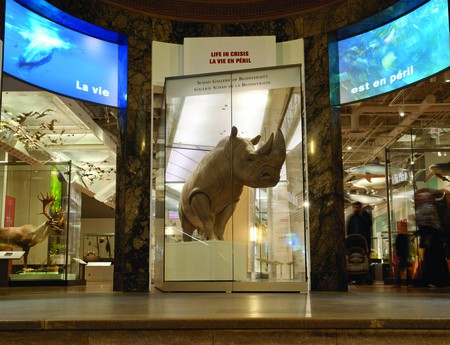 Around 1822, Paul Kane was a decorator of furniture. He left it all to travel to Italy to learn painting under Italian masters. Upon his return home, he set off on an expedition across Canada to capture the stories of the indigenous people and sketch his experiences. He created approximately 700 sketches and met 80 tribes and became Canada’s most famous painter-explorer.

His artwork is breathtaking. The Royal Ontario Museum features a plethora of his refined work and letters, including an oil-on-canvas painting of the last great buffalo hunt on Canadian soil, named ‘A Buffalo Pound.’ Capturing incredible moments took a little more talent back then. 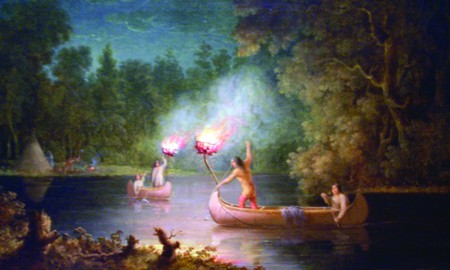 The Armour of William Herbert, the 1st Earl of Pembroke

Who is this guy? There are a lot of armour pieces showcased in the Samuel European Galleries, so why does this specific one get attention?

William Herbert was a leading power player in the bloody politics of 16th century England. The armour featured at the ROM was crafted for him in King Henry VIII’s armoury. In his youth he fled to France to join the army after having allegedly murdered a man in a fight. He made a name for himself that reached the ears of the King himself, Francis I, who then recommended Herbert to King Henry VIII. His first wife, Anne, was the sister of Henry’s sixth queen.

He died a rich and powerful man. While England burned with wars and intrigue, he was in the thick of it, making calculated moves. The armour piece is particularly interesting because of the quality of its preservation and its rarity; there are only two other similar pieces in the world. 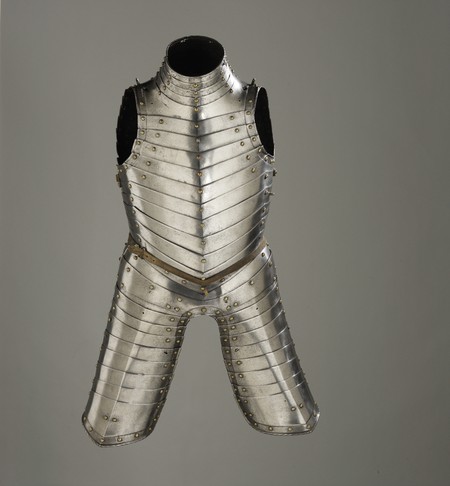 When you enter the dinosaur gallery at the museum, you’ll face the 90-foot skeleton of an ancient Barosaurus. What makes this incredible specimen noteworthy is that it was actually found in the basement of the museum. The bones were lying around for approximately 40 years, until assistant curator David Evans noticed a clue or two in an article.

According to City News, it consists of ‘four massive neck vertebrae, a complete set of vertebrae from the back, the pelvis, 14 tail vertebrae, both upper arm bones, both thigh bones (each 55 inches in length), a lower leg, and various other pieces. The entire assembled skeleton is estimated to be 80-feet long, stretching to as much as 90 once fully mounted, and when it was alive, the animal would have weighed at least 15 tonnes.’

That’s a huge skeleton in the closet. Imagine what else could possibly be forgotten in the museum basement. 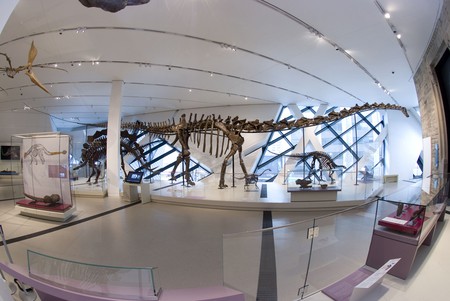 An ancient figurine was discovered by Charles ‘Trick’ Currelly, archaeologist and first director of the Royal Ontario Museum, around 1931 and is possibly one of the most controversial pieces at the museum. It is a female bull leaper sculpted of stone and ivory allegedly dating back to 1600 BC.

The authenticity of this artifact has long been debated. At first, it was deemed valuable by Currelly’s colleague, Arthur Evans, who just happened to be the man and scientist who unearthed the Bronze Age Minoan civilization in Crete at the beginning of the 20th century. Over the years, though, science evolved and various academics and scientists have changed their minds and unfortunately, it’s currently impossible to perform the standard carbon-14 test due to the fragility of the item. To this day it is still subject to scrutiny.

What do you think? 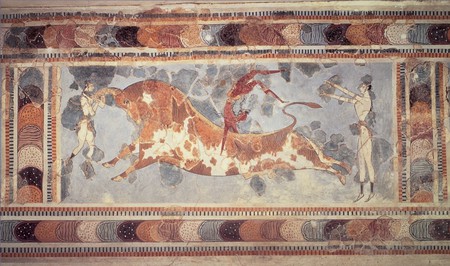