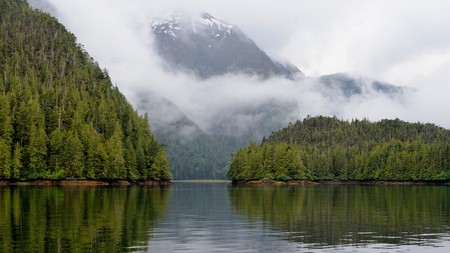 Canada is known for its open spaces and naturally breathtaking landscapes. Where the country is so vast, there are secret destinations and remote places that many Canadians don’t even know about. Discover them here.

Quttinirpaaq National Park, in Nunavut’s Arctic area, is Canada’s northernmost region. The park is so remote that in 2016 only 17 people visited; to reach it, a flight takes you out of the hamlet of Resolute, which can be reached via flight from Iqaluit. Boasting hours of daylight in summer, and with a landscape of rugged peaks, ice caps and glaciers, rivers, tundra and fjords, it’s safe to say it’s worth the trek.

With a population of just over 1,300 people, not many people know about Dawson in northwestern Yukon. Once a base during the Klondike Gold Rush in the 19th century, and with many of its buildings preserved, it resembles a town out of an old Western movie. Starting from the city, you can join the Dempster Highway to road trip on to Inuvik and Tuktoyaktuk. 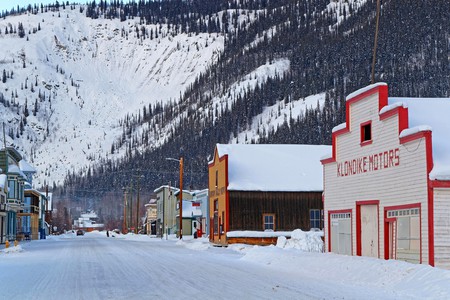 At the Native Reserve of Manawan, located in Quebec, you can learn about the First Nations and Atikamekw culture. There are loads of brilliant workshops, guided tours, traditional canoe trips and many other outdoor activities to get stuck into.

The only way to access one of the most northern major dune fields in the world, Athabasca Sand Dunes in Saskatchewan, is by a tiny floatplane. But it’s worth it, with these dune fields stretching for 62mi (100km) along Lake Athabasca’s southern shore. The provincial park also has a unique ecosystem, and much of its flora and fauna can’t be found anywhere else.

A remote island located off the northeast coast of Newfoundland, Fogo Island is getting more attention these days, thanks to the award-winning Fogo Island Inn. Its rugged coastline, rolling green hills and location in Iceberg Alley render Fogo Island one of Canada’s most photogenic places. 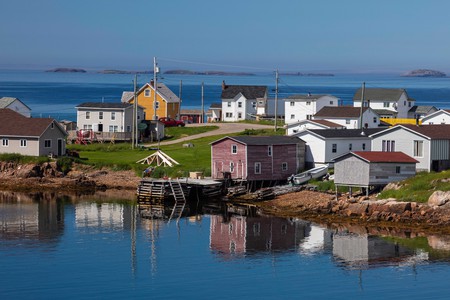 Writing-on-Stone is a provincial park located in the prairie grasslands of southern Alberta. In addition to hiking, canoeing and kayaking are popular activities, which can be enjoyed down the Milk River which flows through the valley and has the largest concentration of First Nations rock carvings and paintings on the great plains of North America. There are also guided tours given by a local interpreter, allowing you to learn more about Writing-on-Stone’s history.

Formerly known as the Queen Charlotte Islands, the Haida Gwaii archipelago sits off the coast of northwestern British Columbia. It is home to incredible surfing beaches, a UNESCO World Heritage Site, natural hot springs, lush rainforests and small communities. It’s inhabited by the native Haida people, who were once known as the Vikings of the Pacific Northwest. 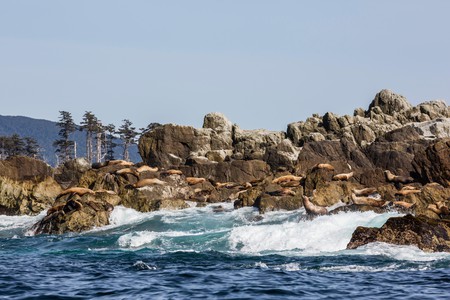 River surfing has emerged as one of the world’s favourite new extreme sports, and it isn’t limited to the summer months. Try it in Kananaskis Provincial Park west of Calgary, where you’ll find the Mountain Wave that was built in the Lower Kananaskis River by Surf Anywhere.

Located on the tip of Newfoundland and Labrador’s Northern Peninsula, L’Anse Aux Meadows, which is open from June to early October, is an ancient Norse settlement and UNESCO World Heritage site. Its buildings have been restored and you can see the Vikings’ base camp before learning about the site’s 1,000-year history from costumed interpreters.

Located in the Northwest Territories, Alexandra Falls on the Hay River has a 10-story fall over a limestone ridge. There are two viewing platforms from which you can capture photos of the dramatic falls, which are the centerpiece of Twin Falls Territorial Park. In 2003, an American adrenaline junkie kayaked the falls and lived to tell the tale. 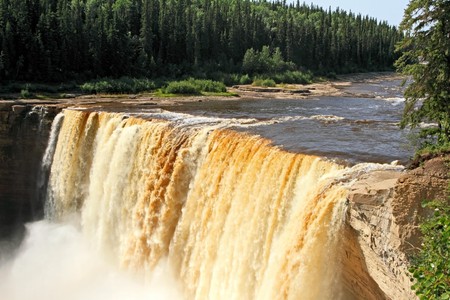 Powder King Mountain Resort is nicknamed the Whisper of the North, as it’s relatively unknown and remote compared to British Columbia’s other ski resorts. Located in the province’s northern region, it may, indeed, be king of the powder, as it receives an amazing 41ft (1,250cm) of snowfall each year. Experts say the best time to visit is from the middle to the end of January.

In 1953, a B-36 bomber aircraft got caught in bad weather conditions and crashed into a mountain just north of Burgoyne’s Cove, a small community in Newfoundland and Labrador. All 23 crew members died in the crash. Today, people hike to see the site and the remaining wreckage. A plaque was placed at the site in 1993 to commemorate the lives lost.

Diefenbunker is a four-story, 100,000sqft (929sqm) underground bunker, which today houses Canada’s Cold War Museum. It’s definitely the dark horse when it comes to Ottawa’s museums. Found on the city’s outskirts in Carp, it was built between 1959 and 1961 to shelter Canadian government officials in the case of a nuclear attack. 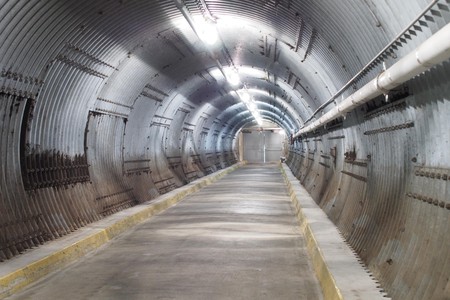 Sable Island is a long, crescent-shaped island located 109mi (175km) southeast of mainland Nova Scotia in the Atlantic Ocean. It’s an isolated place that has a population of five people, 400 wild horses and some 350 shipwrecks, earning it the title of the Graveyard of the Atlantic. Sable Island is also home to a large colony of grey seals. Visitor season is June until October.

BC Parks says that Spatsizi Plateau Wilderness Park is “one of Canada’s largest and most significant parks” protecting the Spatsizi Plateau. Canadian anthropologist Wade Davis told National Geographic that the park is the “Serengeti of North America” in that it can support large populations of wildlife. Its visitor numbers are very low, but popular summertime activities for those that do make their way to the area include canoeing, hiking and fishing.

At the Bay of Fundy, which is one of North America’s seven wonders, sitting between Nova Scotia and New Brunswick, you’ll discover Hopewell Rocks. It’s thought that these rock formations, standing at 40 to 70ft (12 to 21m) tall, were created by tidal erosion some 600 million years ago; allow them to put your size and life into perspective. 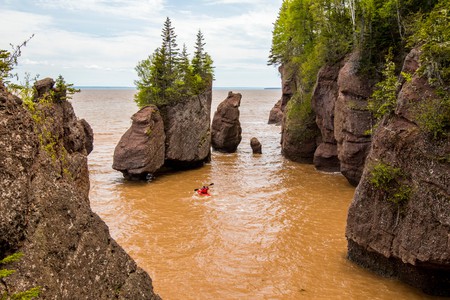 Manitoulin Island, one of the five Great Lakes of North America, is the largest freshwater island lake on the planet, with over 100 inland lakes. Lake Manitou, Lake Kagawong and Lake Mindemoya are the largest of its lakes, which you can canoe or swim in, or go sailing on. Meanwhile, if you hire a car you can drive around the island in about two hours.