Beaches are probably not the first thing that comes to mind when most people think of Canada, but this northern nation is home to more shoreline than any other country in the world, in addition to countless lakes. Some offer spectacular views, while others are known for their pristine sands and warm waters. Here are some of Canada’s most astonishingly beautiful beaches that you need to visit this summer. 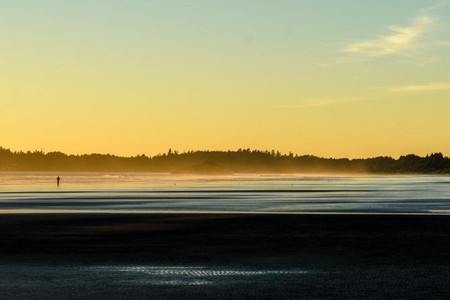 Part of the Pacific Rim National Park, Long Beach is located between the towns of Tofino and Ucluelet on Vancouver Island. Long Beach is actually part of the larger Long Beach Unit, the most accessible and popular section of the park. The beach features ten miles of sand set against a stunning backdrop of rainforest and mountains. It attracts kayakers, surfers, and sun lovers, and it’s also a hot spot for whale watching during the spring and summer when over 20,000 grey whales migrate up the coast. 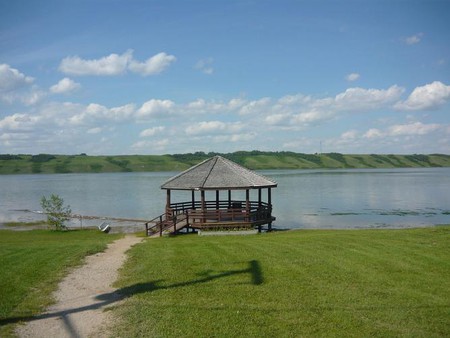 Manitou Beach, located 62 miles southeast of Saskatoon on Little Manitou Lake, is home to three sandy beaches. The 14-mile lake is often compared to the Dead Sea in Israel and Karlovy Vary Hot Springs in the Czech Republic, with mineral-rich waters that impart a specific gravity ten percent higher than regular water, making it almost impossible to sink. In addition to this unusual buoyancy, the waters’ minerals are said to offer natural therapeutic treatments to swimmers, with the lake purported to have healed everything from smallpox to eczema.

Named after the Duke of Devonshire who visited the area in the early 20th century, Devonshire Beach is a 4-mile-long beach set within Lesser Slave Lake Provincial Park. The beach’s white sands are nestled amidst 1,500-year-old sand dunes in the south end of the park. The largest recreational lake in Alberta, the waters of Lesser Slave Lake are clear and warm during the summer, making it a much-loved spot for fishing, surfing, and swimming. The lake is known for hosting the annual Alberta Open Sand Sculpture Championship every July.
Devonshire Beach, Lesser Slave Lake Provincial Park, Alberta, Canada

Set along the eastern shore of Lake Winnipeg, one of the largest lakes in Canada, Grand Beach Provincial Park encompasses 1.5 miles of white sand beach and grass-topped dunes. A hub for swimmers, hikers, strollers, wind surfers, and beach volleyball players, the park’s sand dunes can reach heights of up to 40 feet. A lovely boardwalk dating back to the 1930s runs along the beach, where visitors can pick Saskatoon berries towards the end of June as well as chokecherries and blueberries in August. 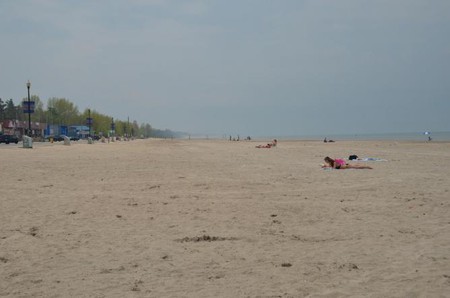 Wasaga Beach is the longest freshwater beach in the world, offering 8 miles of white sandy shoreline. Located in the Georgian Bay region, Wasaga Beach town is often compared to Fort Lauderdale and Daytona Beach for its buzzing, beachside atmosphere. Lively events are held regularly here throughout the year, including the Wasaga Beach Fest in June and the Wasaga Beach Blues Fest in September. The beach’s warm, shallow waters are ideal for swimming, while the soft sands are perfect for enjoying a picnic, relaxing, and watching the sunset. 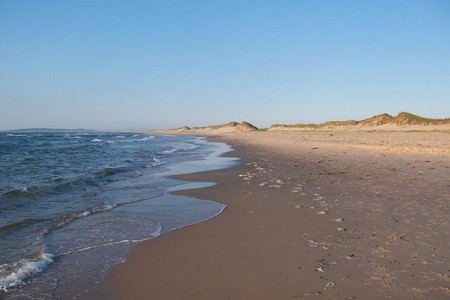 The Magdalen Islands are an archipelago of a dozen islands located 65 miles north of Prince Edward Island. The islands offer more than 215 miles of white sand beaches, dramatic red cliffs, and mysterious caves. The temperate maritime climate results in mild winters and summers, with warm water temperatures extending through September. A center for chefs, artists, and artisans, the islands host the annual Concours de Châteaux de Sable, one of the world’s top sandcastle contests. 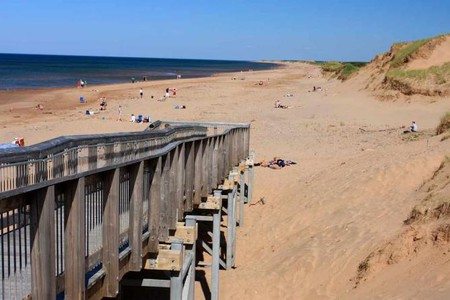 Brackley Beach was named after a clerk of the P.E.I. Legislative Council who served the province during the 18th century before drowning in what is now Brackley Bay. Part of Prince Edward Island National Park, the beach is located a 15-minute drive from the provincial capital, Charlottetown. With miles of sandy beaches and stunning sand dunes, the area is an excellent base for deep sea fishing, canoeing, kayaking, fishing, and camping. 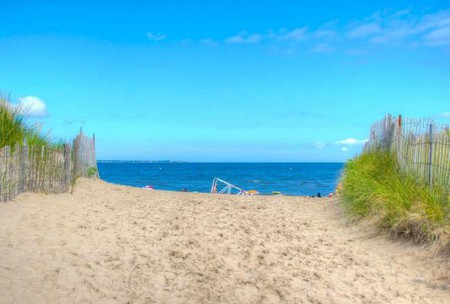 Parlee Beach overlooks the Northumberland Strait, which separates New Brunswick and Nova Scotia from Prince Edward Island. Parlee’s warm salt waters make it a lovely swimming beach. The 0.5-mile-long beach is a popular spot for volleyball, football, as well as camping with 190 sites found nearby. The beach is located just outside the town of Shediac, which serves as a convenient place for campers and beachgoers to enjoy restaurants or pick up supplies. Shediac is known for its lobster fishing industry, and it’s the home of the world’s largest lobster sculpture.
Parlee Beach, New Brunswick, Canada

Bennett Beach is set along Bennett Lake, which straddles the border between British Columbia and the Yukon. This one-mile-long white sand beach offers spectacular views of the Bennett Lake Volcanic Complex and rugged, snow-capped mountains. In the summer, the Yukon receives 20 hours of daylight and temperatures often reach over 86 degrees Fahrenheit, making the lake’s water warm enough for swimming. Bennett Beach is found in the village of Carcross, home to some of the oldest buildings in the Yukon and well worth saving time to explore.
Bennett Beach, Carcross, Yukon, Canada

Located at the western tip of Vancouver, nearby the University of British Columbia campus in Pacific Spirit Regional Park, Wreck Beach is Canada’s largest legal clothing-optional beach. This 4-mile-long beach is equally famous for its natural beauty as for its nudity. Reaching the beach requires a short hike through a stretch of forest and down a wooden staircase. A favorite of students, the beach’s atmosphere is lively, particularly on weekends.
Wreck Beach, Vancouver, British Columbia, Canada

Ingonish Beach is the only beach in Cape Breton Highlands National Park that offers both freshwater and saltwater swimming. This sandy beach is washed away during the winter and redeposited by the waves each spring, with a barachois separating the warm freshwater lake from the salty Atlantic Ocean. In addition to swimming, the area offers scenic cruises and whale watching excursions, as well as saltwater and freshwater fishing.
Ingonish Beach, Cape Breton, Nova Scotia