10 Stops For Every Thirsty Traveller In Niagara, Canada

Playing tourist can make a person thirsty, but there are few places better to get parched than Ontario’s Niagara Region. The area, known for its eponymous falls, is the birthplace of the Canadian wine industry. For the past 30 years, Niagara has developed a reputation for world-class vino, but it has also become known for its burgeoning craft beer and spirits scene. Here are 10 stops where every thirsty traveller can wet their whistle.
Ravine Vineyard © Tiffany Mayer

This charming winery is set in the bucolic hamlet of St. Davids. Since opening in 2008, Ravine has won awards for its vintages at an impressive rate. Jaws drop over the Sauvignon blanc and Gewurztraminer as much as the views of a pristine vineyard. In 2011, it was named one of the 20 best wineries to eat and drink in the world by Wine Access magazine. Its appeal is broad, given the outdoor wood-fired pizza oven, fine dining menu and cheese shop, and a wine list that gives nods to some of Ravine’s vinous neighbours. Don’t forget to brush up on your ping pong skills before stopping by, there’s table tennis in the vineyard. 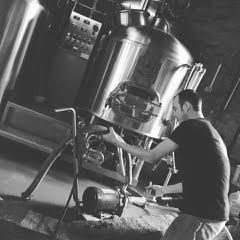 Bar, Pub, Pub Grub, $$$
Dillon's Small Batch Distillers | © Elaine Chandow
Sometimes you want to go where everybody knows your name, and The Merchant Ale House in downtown St. Catharines is that place. A perennial favourite among the after-work crowd and young hipsters who have dubbed it ‘The Merch,’ this brewpub is known for welcoming anyone craving a pint. There’s always a fresh batch of its flagship ales, lagers and stouts brewing under the pub’s Murray Street Brewing Company banner. Nods to the season are also on tap, such as a strawberry blonde, ginger ale, or blueberry wheat. Look for unconventional pub grub amongst the bar food standards, including vegan ‘wings’ and a substantial fried green tomato sandwich.
More Info
Open In Google Maps
98 Saint Paul Street, Downtown, St. Catharines, Ontario, L2R 3M2, Canada
+19059844060
Visit website
Visit Facebook page

Distillery
Dillon's Small Batch Distillers, Beamsville | Courtesy of The Good Earth
Everything about this craft distillery is Instagram-worthy, from its photogenic proprietor to an interior of clean lines, white walls and natural lumber. The real beauty is in Dillon’s line of vodka and gin, made with excess wine from neighbouring wineries, and grapes culled from nearby vineyards. Both spirits have won major international accolades. Dillon’s extensive line of flavoured bitters, pear eau de vie, cherry or rose gin, and absinthe aren’t to be overlooked either. Take a bottle with you to mix a drink later, or join Dillon’s for Sunday brunch in the summer when staff make up creative cocktails to enjoy with gourmet food truck nibbles.
More Info
Open In Google Maps
4833 Tufford Road, Beamsville, Lincoln, Ontario, L0R 1B1, Canada
+19055633030
Visit website
Visit Facebook page

Owner Nicolette Novak doesn’t have time for pretenses, which is what makes this winery so appealing and approachable to Niagara wine newbies or seasoned oenophiles. Nestled among grapevines and fruit orchards, The Good Earth started as a country cooking school but has grown into a comfortable culinary destination, where visitors can enjoy a glass of Betty’s Blend or Big Fork Red on a patio that epitomizes conviviality. Enjoy wine by the glass or bottle, and seasonal menus while taking in the view of the Niagara Escarpment and losing track of time.

This microbrewery in the basement of a repurposed church in south Niagara mixes goth with the light-hearted. The taproom is a favourite gathering place for locals who sip on whimsically named brews, such as Enlightenment Ale, Midnight Mass Chicory Oatmeal Stout and Sinister Minister IPA. Small plates of seasonal, regional fare are prepared by caterer Crave Local Fresh, which considers Brimstone offerings in its menus in order to create the perfect pairing. A pint with spent grain pretzel bites is a staple. Hit this brewery in the spring for the annual Albino Rhino Beer Fest, which features upwards of 30 craft breweries.

Visiting every Niagara winery is no mean feat, given more than 80 line the region’s wine route. Treadwell Wine Bar makes it easy to sample vintages from dozens of winemakers all in one stop. Located in Niagara-on-the-Lake’s picturesque Old Town, Treadwell’s staff sommeliers pour the finest in this intimate and stylish addendum to the Treadwell Farm-to-Table Cuisine restaurant. Wine flights are available, along with vintages by the glass, should visitors find a favourite. Food options from the restaurant are available to enjoy while quaffing.

Friday Night Pints has become the event to mark the beginning of the weekend in Niagara. New beer releases, live music, and creative, globally inspired cuisine by chef and cookbook author Adam Hynam-Smith of El Gastronomo Vagabundo are on the bill in Oast House’s big red barn. If you can’t make it on a Friday, no worries. The beer-shed kitchen is often open on weekends in the winter. The tasting bar also serves up samples of Oast House’s popular Barnraiser, Biere de Garde and Saison brews.

Brewery
There’s more than water flowing in Niagara Falls. Craft beer spills from taps on Clifton Hill, the most touristy strip in the region. The Niagara Brewing Co. is a reprieve from wax museums and gift shops selling countless models of snow globes. This brewery serves up an amber, IPA, lager, and a peach radler that’s an homage to the region’s stone fruit industry. Enjoy with beer nuts or charcuterie. Sliders are also an option for those who like miniature food with their full pints.
More Info
Open In Google Maps
4915-A Clifton Hill, Falls View, Niagara Falls, Ontario, L2G 3N5, Canada
+19053745247
Visit website
Visit Facebook page