10 Canadian Fashion Designers You Should Know

Here are the artists helping to revive the Canadian fashion industry with their innovative designs and unconventional aesthetics. Discover the artsy, eclectic trends of “the Great White North” as we venture from Vancouver to Quebec to uncover the ten designers evolving Canada’s fashion scene. 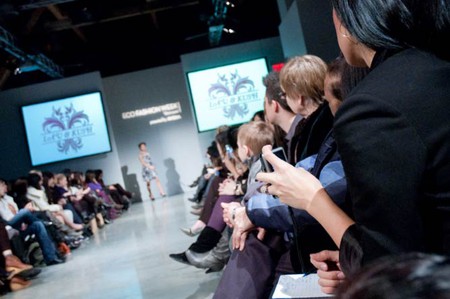 The crowd watches a model walk down the runway at Aveda Eco Fashion Week in Vancouver, Canada | © Jason Hargrove/Flickr

In just a few short years, 24-year-old Adrian Wu has become one of the most talked-about names in Canadian fashion. The Ontario native taught himself how to sew shortly after he dropped out of the University of Toronto in 2009, where he was studying to be a sex therapist. In 2010 he debuted his work at Vancouver Fashion Week, formally launching his career, and was offered a spot at the esteemed Istituto Marangoni design school in London. Instead of enrolling, however, he deferred the offer and decided to establish his own business. One year later, his first boutique opened in Toronto. His works are sometimes controversial – some criticized for being crude and phallic, others for having such inexplicable meanings they leave audiences baffled – but always memorable. His womenswear is often more sculpture than clothing, with designs ranging from frothy, pastel ball gowns to boxy, clean-cut frocks.

Chinese-Canadian Amanda Lew Kee is the master of keeping the industry on its toes: one season she launches a collection dripping with innocence and delicate femininity, with blush tones and ruffles repeated throughout, and the next she’ll put out a lineup of pieces that are all black with edgy cutouts, sheer mesh panels and leather fringe – modern and sophisticated yet sinister. Her collections are united under a focus on the “importance of composition and arrangement,” an inspiration she took from her mother, a florist, she tells the Toronto Star. Her pieces have been featured in HBO’s True Blood and worn by celebrities such as ‘90210’s’ Shenae Grimes and electronic music producer-performer Deadmau5.

Ashley Winnington-Ball has an endless supply of materials for her line of fine jewelry – because she finds them in the garbage or on the streets. The Toronto-based artist says what separates her from other designers is her ‘use of ambiguous and unexpected materials’ like trash, antiques and scrap metal. Her mission is to push people to recall what she dubs the ‘first life’ (or first function) of an object, then discover how it can be used over and over again – in high-end jewelry, for instance – to essentially make the object ageless. Some of her previous urban-chic pieces have been made with nuts, bolts, rusty nails, buttons, keys, crystals, odd bits and pieces of machines, mesh, amber, chains and wires (all metals are coated with resin for safety purposes, she tells blogTO).

Born in Hong Kong but now based in Toronto, Choryin Choi has a feel for internationally influenced designs. His real interests, however, lie beyond this world, and his Cydelic pieces prove it: ethereally alien, with a twist of fantasy. Citing electronic and classical music as his inspiration, he says, he expands upon classic shapes to create womenswear that evokes “mind-warping pieces of art.” Past Cydelic pieces include a wrap and a skirt with bubble-like pockets on them – they were actually made of wool masks that were sewn together – purple and black frocks made of billowing lace, and cartoon-like mini skirts crafted from clear plastic. 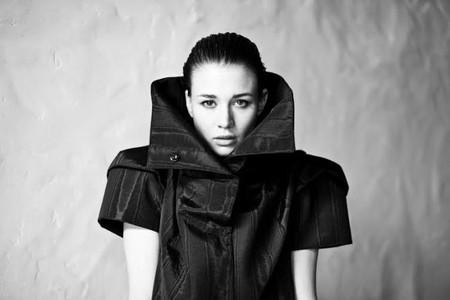 What do you do after winning the first season of Project Runway Canada? If you’re Saskatoon native Evan Biddel, a self-taught designer, you use you new status in the industry—and $100,000 prize—to launch a line that not only pushes the envelope, but throws it off a metaphorical cliff. Biddel’s past collections have embraced a medley of prints, from tribal to pop art, and have been accented with massive jewel-encrusted earrings and statement necklaces. His daring pieces bounce between street-style and high-end, with a touch of theatrical drama that’s reflected in his runway shows as well as the designs themselves. He doesn’t take himself too seriously, though; when Style Calling asked what inspired his FW14 collection, he quoted the comedy film Zoolander: “It is the fashion, a very way of life inspired by the homeless, the vagrants, the crack whores, that make this wonderful city so unique.”

Greta Constantine, a Toronto-based label by designers Kirk Pickersgill and Stephen Wong, is first and foremost a line geared toward empowered, foward-thinking women. Named for Wong’s mother, Greta, and Pickersgill’s grandfather, Constantine, the nine-year-old line highlights clean-cut, modern shapes so that the focus is on the garment’s wearer, not the garment itself. On the runway, simple yet commanding frocks are complemented with bib necklaces made of fabrics and gems, and pendants made of stone animal heads, skulls and curvaceous rocks; tunics and vests made of leather and fur have purposeful, structured shapes, as if the wearer has tamed them. So far, clients include celebrities such as Victoria Beckham Jennifer Hudson, Angelina Jolie, Abigail Breslin and Naomi Campbell. 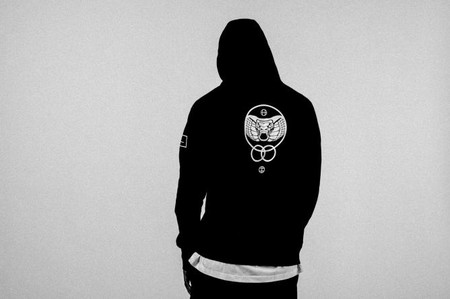 Handsome Clothing began in a dormitory room at Queen’s University in Ontario, where frustrated friends AJ Jamani and Christian Rice realised they couldn’t find a brand whose clothing designs matched their interests in music, art, ethics and philosophy. They began designing their own T-shirts, first with permanent markers on cheap white shirts, then moving on to screenprinting as the shirts’ popularity grew locally. In 2008, their designs became a full-fledged line of graphic T-shirts and sweatshirts that, thanks to social media, began amassing followings across the world. To ensure that the Toronto-based line is customer-centric, Jamani and Rice told Yonge Street that they send a free mixed CD and thank-you note with every order, and maintain a blog about the stories and ideas behind their designs. One of their recent designs, Love.Order.Progress., is based on story behind “a plan that involved locating, theft and public display of six Jan Van Eyck paintings.” 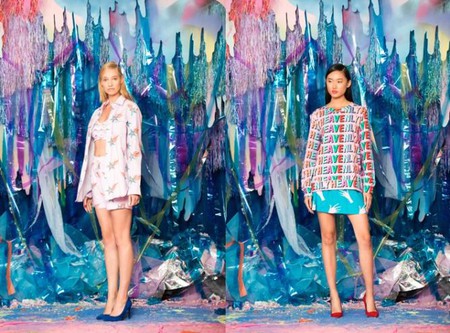 Having spent five years studying in Brisbane, Australia gave Canadian Hayley Elsaesser‘s streetwear-meets-retro designs some zing. Inspired by pop culture – film such as The Clockwork Orange and Barbarella – Elsaesser juxtaposes bright, neon hues and loud patterns with subtly dark, spooky and nasty subjects. Take her 2013 collection called Candy-Coated Voodoo, for instance: Though the main colors throughout the pieces are fun and feminine, the patterns feature skulls, spiders, eyeballs and bats – quite the opposite. If simple and toned-down is what you are searching for, you might be wise to look somewhere else: Elsaesser tells Queensland University of Technology Creative Enterprise Australia that her clothing is geared toward “daring city girls who like to use fashion as a means of expressing themselves and a way to stand out.”

After years searching for precious gemstones in Sri Lanka, Madagascar, Zambia, Brazil and beyond, jewelry expert and journalist Diane Robinson and gem dealer and writer Ron LeBlanc teamed up to launch HUNTRESS, a line of jewelry and handbags that showcases the beauty of their personal findings. These luxury pieces will cost you a pretty penny, but for good reason: the pair of designers have spent decades looking for some of the gems, and thus each posses a unique story. The brand’s most recent collection features a necklace called ‘Rainbow Over An African Desert,’ made with gold, a 32.85 ct amethyst and small, colorful gemstones; a ring called ‘Poseidon’s Offering’ made with gold and a large baroque freshwater pearl; and a bag made with pink sapphires, sterling silver, stingray, goatskin and leather. When they’re not designing luxury accessories, you can find Robinson and LeBlanc on the Travel Channel show, ‘Gem Hunt.’

Using math, architecture, the avant-garde club scene, street fashion and modular origami as inspiration, Sid Neigum designs complex, semi-androgynous shapes that are a commanding presence both on the runway and on the sidewalk. The Alberta-born, Toronto-based designer’s pieces can often be identified by their bold textures, which give his them an additional dimension – sometimes literally. One recognizable pattern features pieces of textile that seem to be folded and looped around each other, somewhat like a holiday bow, which was made by sewing about 600 parallelograms of material together to form a 3D pattern, Neigum tells CTV. A piece featuring that design was among a collection that won Neigum the Mercedez-Benz Start Up contest at the 2013 Toronto’s World MasterCard Fashion Week.