The Oldest Mosques in the World 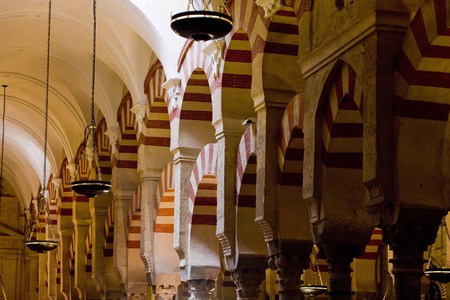 Derived from the Arabic word masjid, which itself comes from sajada (to bow down in prayer), the term ‘mosque’ refers to an Islamic place of worship. A number of holy structures dating back centuries are still standing today, but where can you find the oldest examples?

The biggest mosque in the world

Islamic scholars trace back the origins of Islam to the holy site of Kaaba in Mecca in modern-day Saudi Arabia. You will have probably seen the black cube structure before as it is regarded as the holiest place on Earth by Muslims. The exact date of construction is impossible to confirm, but the huge al-Masjid al-Haram (the Sacred Mosque) was built as a sanctuary around the Kaaba in the seventh century and it is considered by many to be the oldest mosque in the world. 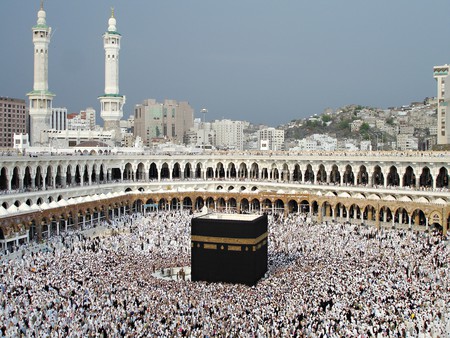 The mosque has continuously expanded since it was erected, to accommodate the growing number of Muslims who visit it annually from around the world. The site holds a religious significance as it is compulsory for all able-bodied and financially capable Muslim adults to visit the Kaaba as part of one of the five fundamental pillars of Islam. This pilgrimage is known as the hajj and can only be performed during a certain period as determined by the Islamic lunar calendar. There is also another pilgrimage that many Muslims undertake known as umrah, and this can be done at any time.

Al-Masjid al-Haram, also known as the Great Mosque of Mecca, is today regarded as the second-biggest building in the world, only behind the Boeing factory in Washington. It can accommodate over 1 million worshippers, and there are plans to expand it again in the next few years.

The first mosques in Saudi Arabia

The Quba Mosque in Medina was built in 622 CE. This is the first mosque that can be accurately dated and is described in the Islamic holy book, the Quran, as the first mosque to be built on piety. The Masjid Quba has undergone many renovations since it was constructed and now resembles a modern 20th-century Islamic structure. The mosque holds special significance to Muslims as it was built by the Prophet Muhammad and is believed to be where the first Friday prayers were held. 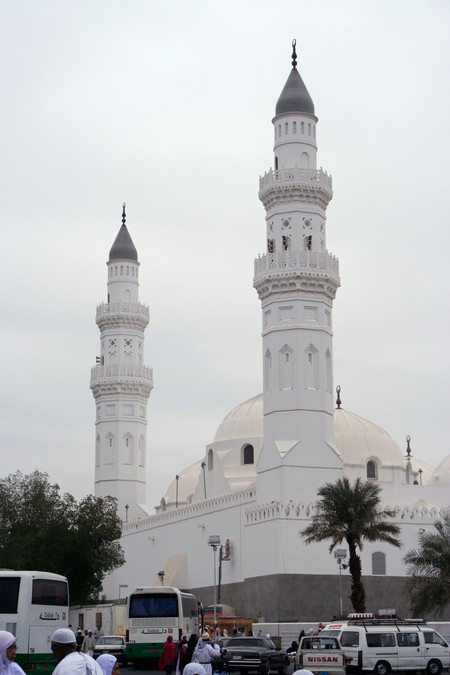 Al-Masjid an-Nabawi (the Prophet’s Mosque) was built adjacent to the house of the Prophet Muhammad soon after he left Mecca for Medina, also in 622 CE. It is regarded as the second-holiest place for Muslims to visit and is the final resting place of Muhammad. The iconic green dome and huge courtyard make it one of the most recognisable structures in the world, and it was the first place in the Arabian peninsula to be illuminated by electricity.

Built a year later in 623, Masjid al-Qiblatayn (the Mosque of Two Qiblas) has a fascinating origin that has shaped the way all proceeding mosques have been constructed. It was on this site that the Prophet Muhammad received the holy order to change the direction of prayer from facing Jerusalem to now face towards Mecca. The mosque has two walls, one towards each holy city, and the direction Muslims face when performing the various salat (holy prayer) is known as qiblah.

The oldest mosques outside of Saudi Arabia

There are some experts who believe that the Mosque of Companions in the Eritrean city of Massawa could predate the mosques in Medina. When Prophet Muhammad left Mecca following persecution, so did some of his companions. These followers ended up in what is today known as Eritrea in East Africa. A simple place of worship was established during some period in the 620s CE. 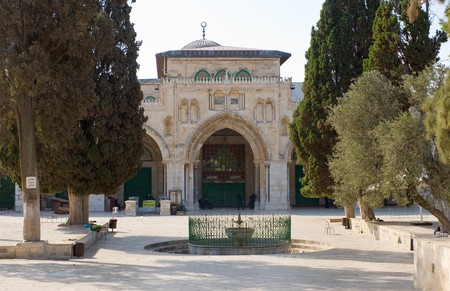 According to the Quran, the Old City of Jerusalem was also a place of religious significance prior to the birth of the Prophet Muhammad. The al-Aqsa Masjid (the Farthest Mosque) was officially built in 705 CE but is documented in the Quran as a holy site long before this date. The Prophet Muhammad is believed to have visited Temple Mount on a spiritual journey, and the Dome of the Rock shrine stands close to the mosque itself. The area is of religious importance to Jews, Christians and Muslims.

The rapid expansion of Islam during the seventh century led to the establishment of mosques and religious outposts in some unexpected locations. The Huaisheng Mosque was built in 627 CE and is in Guangzhou, China. The mosque is known as the Lighthouse Mosque or the Great Mosque of Canton, and has been extensively rebuilt over the years. Today it resembles a Chinese temple, aside from the minaret (tower) – a feature of many mosques around the world. Trade routes between the Middle East and China were an important feature of the time, and help explain why early Islamic missions would have reached out as far as China. 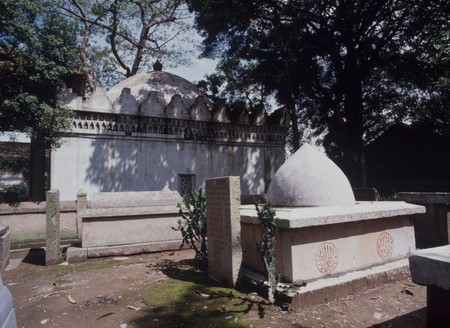 An early Islamic site was built in Gujarat, India, but was soon abandoned. Instead, the oldest mosque in India is the Cheraman Juma Mosque in modern-day Kerala. The port city that stood here was also another significant trade gateway, and a place of worship was built at the site in 629 CE. During this period, a number of mosques were built throughout North Africa and the Middle East region too. 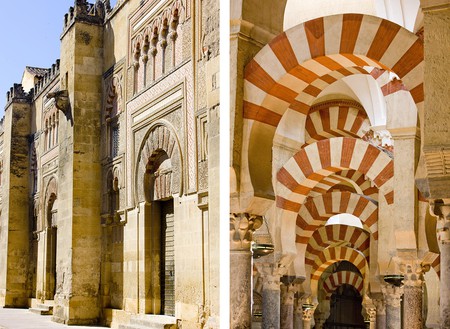 The oldest mosque in Europe is widely regarded to be the Mezquita in southern Spain, which is also known as the Mosque-Cathedral of Córdoba. The building was initially a church, which was then a shared prayer space between Muslims and Christians. It was eventually converted to a mosque in 784 CE before being converted again to a Catholic church in 1236. This varied lineage has resulted in the Mezquita being one of the most popular tourist destinations in Spain, and the remarkable mishmash of architectural styles has made it one of the most striking buildings in the world.