Why You Should Explore Hawalli in Kuwait

Like several other areas in Kuwait, Hawalli is almost entirely populated by non-Kuwaitis. The result is a beautiful cultural diversity perceived in simple daily practices. We check out five reasons why you should explore Hawalli. 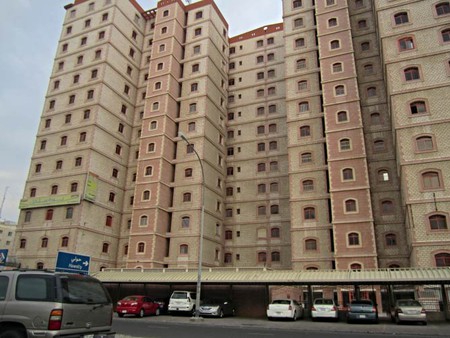 Anyone living in Kuwait must have stepped, if only once, into the streets of Hawalli, either willingly or reluctantly, to drop home a friend, to fix a computer for a cheap price in one of Ibn Khaldoun street’s innumerable electronics shops, or even to treat themselves to some of Al-Taibawi’s famous Levantine desserts – perhaps a freshly-made cheese kunafeh with hot sugar syrup and a sprinkle of green pistachios on top. Passing through Hawalli however, is an experience entirely different from being one of its lucky inhabitants.

Arranged by the municipality in 1954 to accommodate the increasing numbers of non-Kuwaitis, Hawalli is now a major multicultural residential and commercial center, and one of the most densely inhabited areas of non-Kuwaitis, especially from Arab origins.

New rental apartments in tall residential buildings that never fail to both attract the eye with their colors and shock the senses by defying the amount of space usually deemed necessary for human survival. The incredible value of these apartments is due to their emotional rather than their material features, for their small size gives a cozy atmosphere to the homestead. Not only do small-sized apartments increase genial interactions between members of the fortunate tenant family, but in many cases, they completely resolve difficult furnishing dilemmas, like the choice between having one or two sofas in the living room.

The problem of high rent is not confined to Hawalli, for it has recently become a crisis in many residential areas around Kuwait, a result of economic reasons as well as parliamentary laws and decisions. Yet, in a seemingly never-ending period of construction of both residential and commercial buildings, the private lives of current and prospective Hawalli residents is caught up with the persistent urge to demolish all the outmoded buildings that have housed non-Kuwaitis and their memories for years, and establish in their place taller buildings with much smaller apartments. 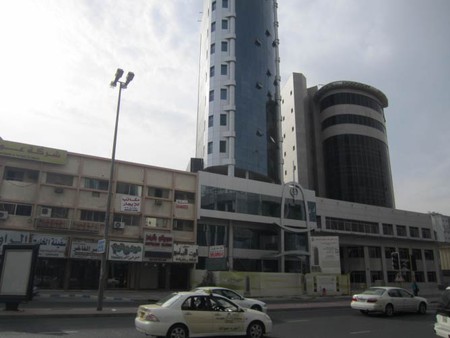 The broad variety of local restaurants offering traditional food from different cuisines in almost every street and corner in Hawalli provides a definite pull to the region. Falafel, hummus, shawerma, fatayer (pastries baked in brick-ovens) and chapatti are only a few of the delicious foodstuffs that may be prepared everyday in one’s own neighborhood. The popularity of these foods along with the country’s cultural diversity means that such local restaurants are to be found in almost every area in Kuwait. Yet Hawalli’s specific history in relation to non-Kuwaiti residents justifies the daily traffic congestion and long lines of customers in some of the oldest and best-known kunafeh– and falafel-serving restaurants in Kuwait.

In the last couple of decades, the country has witnessed a massive increase in corporate international restaurants, which now occupy a big space inside shopping malls, or are located on the waterfront (Gulf Road). Despite the similar foods that are sometimes offered by both local and international chains, the difference in prices excludes a part of the population from gaining access to the latter, but not vice versa, which further complicates the already-existing space divisions between Kuwaitis and non-Kuwaitis, and Arab immigrants and foreign labor from other nationalities. 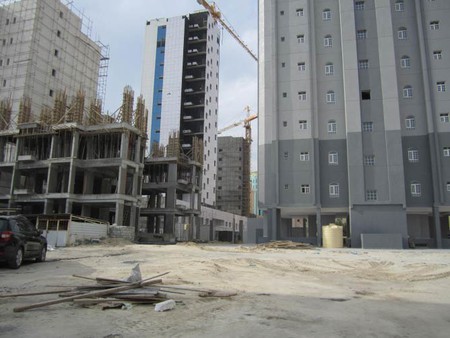 Hawalli is a center of enlightenment and education, with more than a dozen schools located at short distances from one another. The objective behind this wise, constructional plan is to enhance the chances of scholarly interactions between the thousands of students as they all leave their different schools in the afternoon, creating an enormous traffic jam that exasperates the parents as well as the other drivers.

Most, if not all, schools in Hawalli are private, meaning that students can be both Kuwaiti and non-Kuwaiti (the majority), but it is only in limited and exceptional cases that the latter can be admitted into public schools. This means that the irrationally large number of schools in a small and densely inhabited area like Hawalli receive students from all around Kuwait, many of whom do not use school transportation (buses), increasing, therefore, the number of cars at this time of the day, whether of parents or chauffeurs. This has recently been a major problem in Kuwait, calling for extensive and still unresolved governmental debates.

The experience of a multicultural social community that draws together people from different origins and backgrounds is both enlightened and inspired. Whether you’re lucky enough to have a neighbor who knocks on your door to give you a beautifully-decorated bowl of karawya (caraway pudding with nuts) every time a new baby is born, of if you are destined to fight every evening with your neighbor over the only remaining parking spot in the building, Hawalli definitely boosts your sense of community. 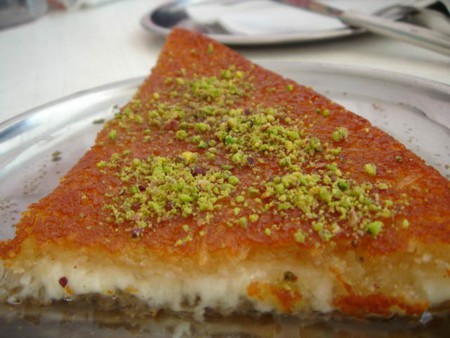 Beautiful Sites to See On Foot

Residents of Hawalli are able to experience a version of city-walking in an area where any product or service is easily attainable within a walking distance. Originally organized as a suburb, Hawalli is now more like a town than a residential area, with its many malls, restaurants, schools and tall buildings. Whether you are craving a falafel sandwich or a shisha (hookah), or are in a desperate need for school stationary or the new iPhone. a half hour walk in Hawalli’s Tunisia Street and you’ll find everything you need. Walking in Hawalli, though, may refer to a number of different things. It could mean jumping from between the parked cars from pavement to street and back to pavement, praying all the while that you do not get hit by the public transportation bus as it approaches its stop. It could mean trying to balance yourself on the few bricks that were generously left on what used to be the side-walk, near the not-infrequent construction sites that threaten to take over the entire street. Walking in Hawalli could mean all these simultaneously, but it could also mean none. Sometimes, it is all about filling one’s lungs with Kuwait’s refreshing February breeze, a sticky lemon-flavored Arabic ice-cream from Beirut Street, or running into one’s neighbor in the grocery store.