This Fashion Designer Is Challenging Perceptions About Jordan 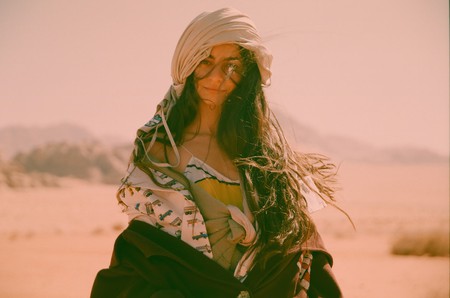 Designer Tania George Haddad is dedicated to creating easy-to-wear clothing that tells a new story about Jordan. Her brand tagline is “Clothes for a Cause”, reflecting her use of local fabrics and traditional techniques as well as her work with displaced communities. All of Tania’s designs are inspired by everyday life in the Jordanian capital of Amman, making her line a homage to the country’s culture. 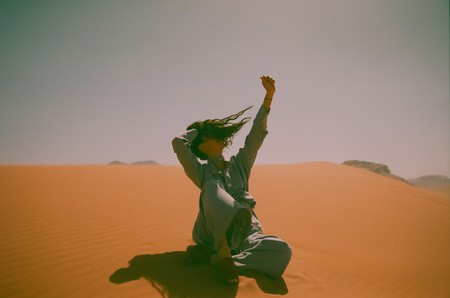 Culture Trip: Tell us a little bit about yourself.

Tania George Haddad: I am a fashion designer, born and raised in Jordan. I did my Visual Arts degree in Switzerland and continued my studies in Florence, Italy, focusing on Fashion Design. I am into contemporary design, easy-wear, and I love combining fashion and the arts.

TGH: I always loved art but it wasn’t until I was 15 that I discovered fashion. At the time there weren’t many designers available in Jordan, so I was influenced by the fashion in Beirut, Lebanon, which had a strong street-style scene. I was also influenced by my aunt, who loved high-end fashion and kept all the clothes she had collected over the years. She has beautifully tailored Moschino suits from the ’90s that I love going through!

At the time I also dressed differently from my peers, but because of the lack of easy access to contemporary fashion, I would find creative ways to reinvent the pieces I owned. I used to have a pair of black Doc Martens that I was in love with, and it wasn’t easy to get Doc Martens in Jordan, so I painted them white using acrylic! I also love fashion design because it’s a process. Fashion can turn a drawing to a fully produced, three-dimensional item that can be worn. 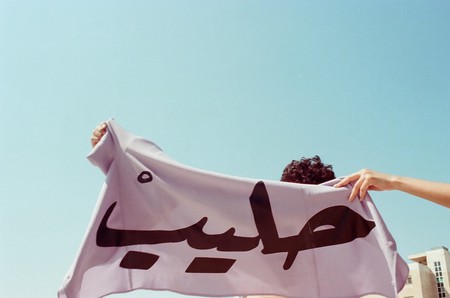 CT: Can you tell us a bit about your collections?

TGH: My collections are inspired by life in Amman and Jordan in general. I illustrate parts of the city that I think are special, then turn them into prints. Amman is a city with so much character—I like to call it “pleasant chaos”—where even cars, vehicles, and trucks are decorated in an eclectic way that’s particular to the personality of the city. I am lucky that I was able to tap into my inner inspiration and recognize that there was a burning inside me to tell a story about Jordan—I knew what mattered to me and that I had something to say. 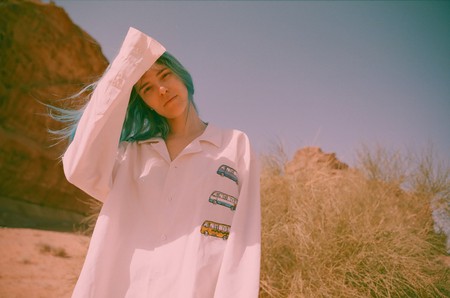 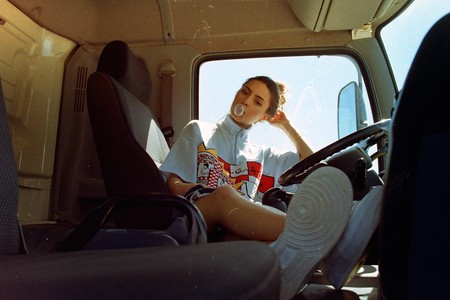 CT: So how do your culture, heritage, and roots influence you as a designer?

TGH: Usually, when people talk about culture in fashion, they mean that they want to use the traditional prints or designs in the pieces. For me, I don’t want to directly use traditional prints—my designs are about representing the everyday using humor, referring to the chaos and everyday objects in the illustrations and print. What I do is tell a story about life here without directly referring to traditions or customs. However, it is very important for me to continue to use the traditional techniques and craftsmanship in the making of my collections, especially in embroidery. 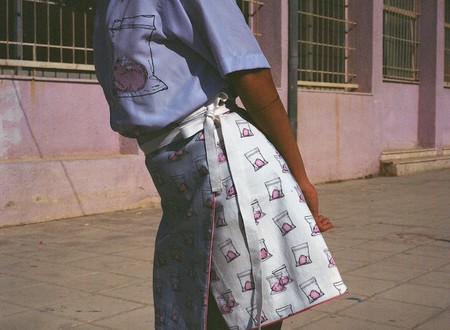 CT: Your most recent collection, “Chibs-Bibs-Canary”, includes prints of grocery items found in typical supermarkets (“Dakakeen”) around Jordan. Tell us more about that.

TGH: This collection is nostalgic. It’s telling the story of the typical Jordanian childhood: playing in the neighborhood with your friends during the summer vacation, and asking your parents for half a Jordanian dinar to buy cotton candy. I became obsessed with finding the sweets and junk we had as kids, and later on with finding grocery items that were a staple in Jordanian homes. It makes me happy when customers recognize the prints and say that it reminds them of their childhood—that’s the whole point of my work. 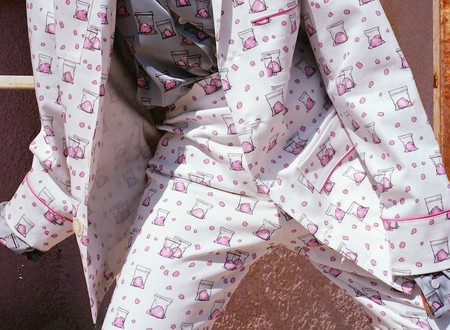 CT: You’ve collaborated with young Arab designers/artists (like Cheb Moha and Wifi Rider) on campaign shoots. Why did you choose to collaborate with them?

TGH: I am very passionate about working with emerging Arab artists. The new generation of creatives coming from the Middle East is proud of their heritage—it really inspires me. I try to produce everything from within our culture—even the girls I recruit for campaign shoots are Arab. I always make sure that an Arab girl represents my brand. I want to challenge perceptions about Arab creativity, beauty, and art. This is really important for me. It’s also worth mentioning that our community is so supportive and close-knit. We always try to promote each other whenever we can. 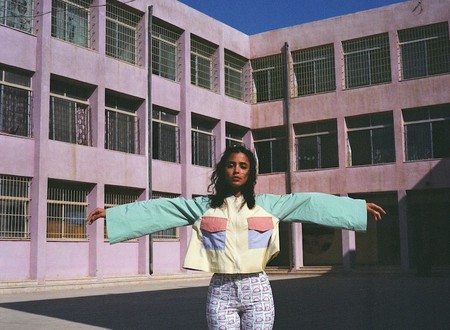 CT: You also work closely with local communities. Tell us more about that.

TGH: I always knew I wanted to create a brand that supports the community. When I came back to Jordan and saw that few brands were contributing to the well-being of the community, especially when a war had just erupted across the border from us, I wanted to do something. When I started working closely with refugees in my community, they inspired me and gave me the motivation to keep going. My tailor, a refugee from Syria now settled in Amman, didn’t really appreciate my work at first. After we produced the samples and did the first photo shoot, he was so proud of the work and that made me so happy. Now he gives me input and feedback and ideas! I really enjoy having that kind of relationship with all the communities I work with. 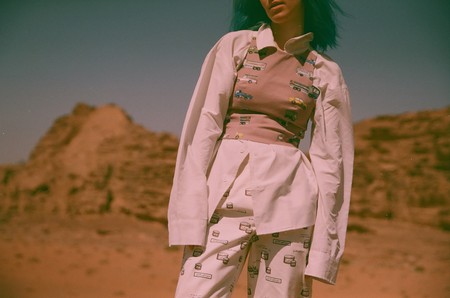 CT: Are there any challenges involved in selling a product that is inspired by culture?

TGH: It’s difficult when people can’t relate to what they see. When I was showcasing my latest collection during Paris Fashion Week I noticed that not all the people visiting the showroom could necessarily relate to my prints. In fashion, the pieces are expected to cater to everyone. However, when I share the story of my pieces, and people see the overall vision of my brand, that’s when people start to appreciate and understand what they are buying.

CT: What’s next for you?

TGH: I want to continue being inspired by my culture and my country. I know that eventually, more people will appreciate why it’s so important for me to represent my culture in this way. I also hope to continue collaborating with other Arab creatives. 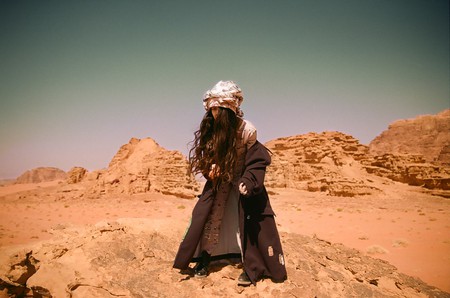