The Story Behind the Dead Sea's Prophecies 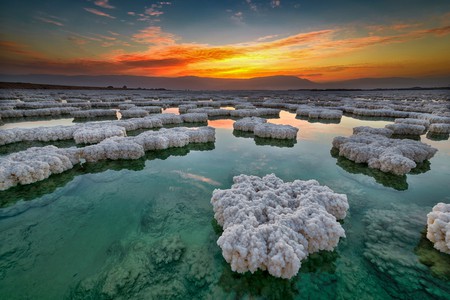 Nestled between the borders of Jordan and Palestine, the Dead Sea is a large salt lake measuring 429 meters below sea level, a fact which establishes it as the lowest point on earth. What makes the Dead Sea so unique however, is the hyper-salinity of the water. Approximately 8.6 times saltier than an ocean, these conditions make it impossible for any living creature to inhabit its waters – hence the name ‘Dead’ Sea. The land on either side is holy land, extremely rich in religious history and central to all three Abrahamic religions. Many prophets have walked along the shores of the Dead Sea, and from the prophecies of the Prophet Ezekiel to the discovery of the Dead Sea scrolls, the Dead Sea may hold the key to some of human civilisation’s biggest questions about religion and life. 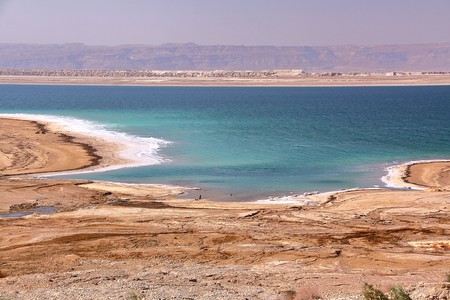 The prophet Ezekiel is a prophet recognised across all three Abrahamic religions of Islam, Christianity and Judaism, as well as in the Bahai faith. In the Old Testament, Ezekiel is the central protagonist in ‘the book of Ezekiel’, and prophecies about what he considers to be the approaching of the end times.

Included within these is one messianic prophecy that water will flow from Jerusalem into the Dead Sea, and that these waters will fill with fish, spilling life into the surrounding desert.

“Then said he unto me: ‘These waters issue forth toward the eastern region and shall go down into the Arabah… and it shall come to pass that every living creature wherewith it swarmeth whithersoever the rivers shall come shall live; and there shall be a very great multitude of fish”. Ezekiel 47:8-9 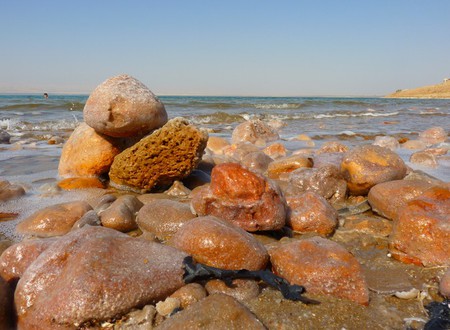 The Dead Sea is 8.6 times saltier than the ocean. (PIxabay)

New records of life in the Dead Sea?

As of now, the Dead Sea remains very much lifeless. With the water receding at a rapid rate of one meter per year, Ezekiel’s prophecy still seems far off. What is interesting however, are some recent reports of fish swimming in sinkholes of fresh water which have formed on the shores of the sea. Some point to this as the beginnings of the fulfilment of Ezekiel’s prophecy.

According to the book of Genesis in the Bible, God exacted punishment on the sinful cities of Sodom and Gomorra, sending rains of fire and brimstone down to destroy the cities and bury them under the earth. The prophet Lot, son of Ibrahim, was sent to Sodom and Gomorra to warn the people against disobeying God’s commands, but when they chose to ignore his message God vowed to punish them severely.

After descending from heaven, the Angel Gabriel told Lot to leave the city with his wife and daughters, and warned them not to look back as they made their escape. Scripture says that as they left, Lot’s wife defied the instructions of the angels by looking back on the city, and she was immediately turned into a pillar of salt.

Along the southern shore of the Dead Sea in al-Karak Governorate, Jordan, stands a tall sculpture made out of salt rocks. According to legend this is a statue of the Prophet Lot’s wife. 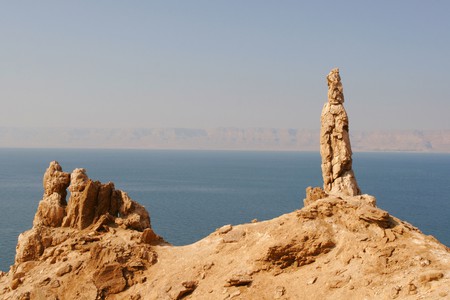 First discovered on western shores of the Dead Sea in Qumran in the late 1940s, the Dead Sea scrolls have been called the greatest archeological discovery of the 20th-century. The ancient collection of scrolls includes the oldest records of Bible manuscripts, dating back 2,000 years. Two Bedouin shepherd boys in the West Bank first stumbled upon the scrolls while herding their sheep on the mountains, a further 900 manuscripts were later unearthed in the same location.

The most famous of the scrolls is said to be that of the book of Isaiah, which scholars say differs very little from the version of the Bible we have today. 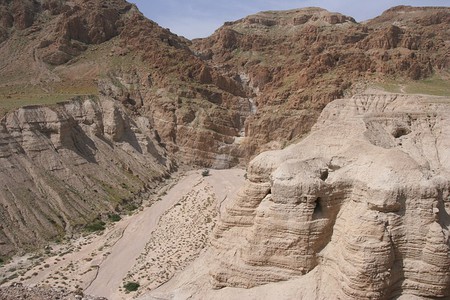 Pixabay. (Qumran)
Give us feedback