The Best Things to Do in Irbid, Jordan

When touring Jordan, you’ll rarely find features about Irbid, the kingdom’s second largest city. This ancient town, also nicknamed “Bride of the North,” receives comparatively less attention than Jordan’s conventional tourist spots, though its buzzing university life and access to some of Jordan’s most beautiful historical sites make it a compelling place to be. Here’s your need-to-know guide.

Head downtown for a bit of history

A brief walk through the famous Dar As-Saraya museum reveals Irbid’s ancient origins. The museum, housed in a traditional 19th century Ottoman-style building, features several exhibits on pottery, sculptures, mosaics, and jewellery dating back to 3200 BC. Take a few minutes to sit and enjoy the museum’s beautiful courtyard on your way out, which features several ancient sarcophagi. Just a few blocks down from the museum, you can peek into the hidden Beit Arar, a shrine to a famous 19th century poet Mustafa Wahbi Tal, whose writings and advocacy on behalf of underprivileged groups made him one of Jordan’s national literary national treasures. 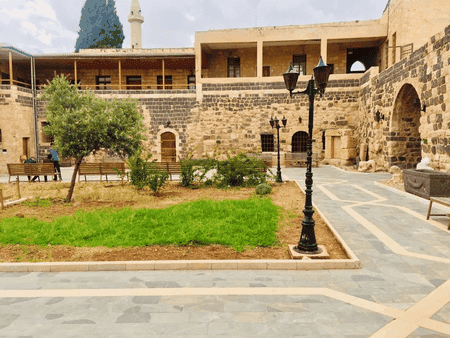 Step into a local bakery or sweet shop

Step into any bakery this time of year and feast your eyes upon Irbid’s traditional Eid bread, baked with anise and black sesame breads in celebration of Ramadan. If you crave more variety, check out Irbid’s upscale Jawharat Al-Sharq, which offers a smorgasbord of confectionery sweets. Jordan’s national cheese dessert with orange semolina crust, also known as kunafeh, is not to be missed. 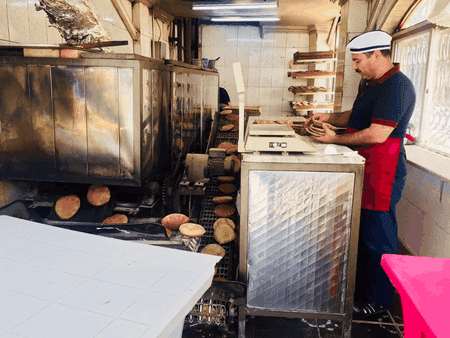 Though quieter than Amman, Irbid’s city is bustling with student life. Home to two of Jordan’s main universities, Yarmouk University and the Jordan University of Science and Technology (JUST), you’ll find a noticeably younger and hip crowd walking around University Street. Walk along the main university drag, which won the Guinness World Record for most internet cafes – 150 in a single kilometre!

One of Irbid’s many hidden secrets is its delicious Yemeni cuisine. Head to a restaurant called Hadramaut, located just off University Circle, where you’ll be taken down a set of stairs. Take off your shoes and sit cross-legged on a carpet, traditional-style. Make sure to order a plate of ful medemes (fava beans), shakshouka (eggs with green chilli and tomato), fahsa (sizzling beef stew served in a black clay pot), and malawah (a flakey layered bread fried in butter). Top off your dinner with an order of shai Adeni, or traditional Yemeni tea, brewed with condensed milk, cardamom, and cinnamon cloves. 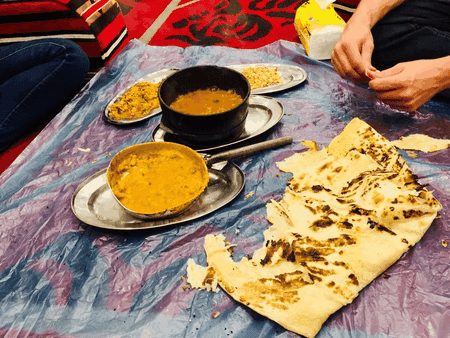 Take an afternoon break at the Joude Hotel and News Cafe

Tucked away behind University Circle, check out Irbid’s old Joude Hotel and News Cafe, which features a quaint outdoor courtyard. You’ll find a mix of local and Western art pieces inside the cafe, where you’ll see the university’s hip crowds sipping coffee or sharing an order of lemon and mint flavored shisha, or hookah. 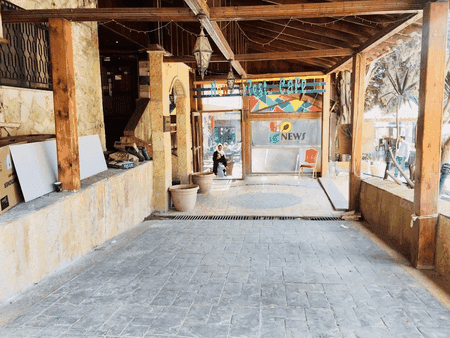 Wander the souks in front of Irbid’s main mosque

Head to Irbid’s main mosque and just get lost. While listening to the sound of the call to prayer, wander the streets lined with fruit and vegetable sellers calling out prices and haggling with locals. At this time of year you can find Jordan’s delicious seasonal fruits, including sour green plums, watermelons, and small peaches. They’re much cheaper than what you’d find in Amman.

Escape the city for a day to one of Irbid’s beautiful wadis. Discover the area’s greenery while hiking through Wadi Rayyan, also known as Wadi al-Yabis. The area is located south-west of Irbid city and characterized by a vast terrain. Take a day or two to explore the wadi’s many mountains, valleys, plains, and waterfalls. There you’ll also find a number of religious shrines and ancient sites.

A northern town perched on top of a hill, Um Qais is home to the ancient Gadara ruins. Located right at the axis of Jordan’s borders with Palestine, Israel and Syria, you can enjoy the site’s stunning panoramic views of the Sea of Gallilee, the Golan Heights, and the Yarmouk River. The site was once a bastion of Greek cultural life. If you care for another day or two of exploring Irbid’s ancient sites, you can also check out Pella and Beit Ras (Capitolias).