The Arab British Centre has presented its 2013 Award for Culture to the London-based, Prague-born, Iraqi playwright Hassan Abdulrazzak, whose plays address political, social and cultural issues in the Arab world. 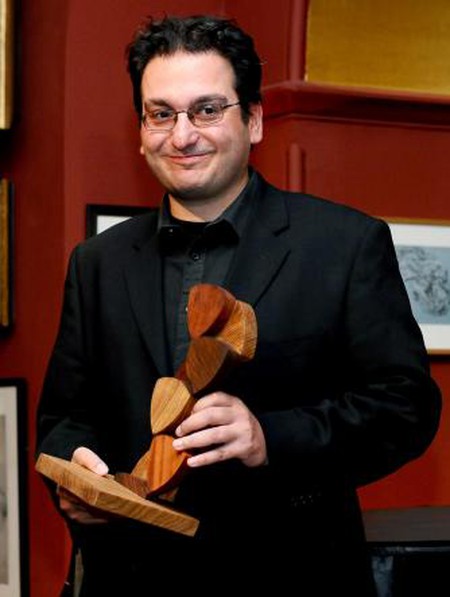 The panel of judges, chaired by Baroness Helena Kennedy QC, chose Hassan Abdulrazzak out of a shortlist of six nominees for his cultural impact on the general British public’s understanding of the Arab world. The judges felt that through his work, most recently with his second full-length play The Prophet, Abdulrazzak has risen to the occasion at a time where the Middle East is highlighted as a volatile and inaccessible place.

Abdulrazzak has written three successful full length plays and six short plays and he is currently working on three screenplays and a further full-length play, A Fire Blazing Brightly. Describing his passion for writing plays, Abdulrazzak explained that, ‘theatre has the power to radically challenge your assumptions regarding a people or a culture and it can do so within the span of two or three hours’. He then went on to discuss his emerging career, ‘one of the main motivations behind becoming a playwright, other than to tell good stories, was to present aspects of Arab culture as I know it which I felt were absent from mainstream depictions in Britain and elsewhere’.

Through his writing, Abdulrazzak mirrors the professed aims of The Arab British Centre, that is, to nurture and promote awareness and enthusiasm for the rich cultures and traditions of the Arab world. Abdulrazzak described the impact of his first full-length play Baghdad Wedding (2007, Soho Theatre), ‘I wanted to show how the impact of Iraq’s multiple wars and years of sanctions have had on Iraq’s middle class, many of whom fled the country. For many English members of the audience the play was revelatory because it shed light on a segment of Iraqis that they rarely, if ever, saw on the nightly news.’

The Arab British Centre is thrilled with the winner and the overall shortlist chosen by this year’s panel of judges. All showed huge amounts of dedication to expand the general British public’s understanding of the Arab world.The five shortlisted nominees were; Danah Abdulla, Khyam Allami, Daniel Gorman, Reem Kelani and Amin Matalqa. 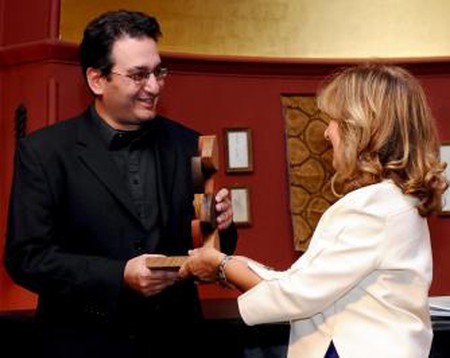 About the Award for Culture:

At the end of May, The Arab British Centre launched its Award for Culture 2013. For the first time since its inception in 2008, the award has been tailored to celebrate individuals who have made the most constructive contribution to British understanding of Arab culture over the last two years. The Arab British Centre received more than forty applications from the world of arts and culture, including actors, musicians, curators, authors, playwrights, filmmakers and artists.

In addition to the £2,500 prize money, The Arab British Centre was able to provide the winner with opportunities to promote his or her work more widely. The Award for Culture 2013 is a successor to the Arab British Culture & Society Award, which ran for four years between 2008 & 2011 and celebrated organisations which had made a considerable impact on the British public’s understanding of the life, society and culture of the Arab world. Winners of that prize were Al Saqi Books, Zaytoun, Liverpool Arabic Arts Festival and Al Jazeera English.

The shortlist was chosen by a panel of distinguished experts with knowledge of the cultures of the Arab World and the United Kingdom. Baroness Helena Kennedy QC has returned as Chair of this year’s panel. The other panellists are: Maxime Duda; Rose Issa; Deborah Shaw, and Brian Whitaker. 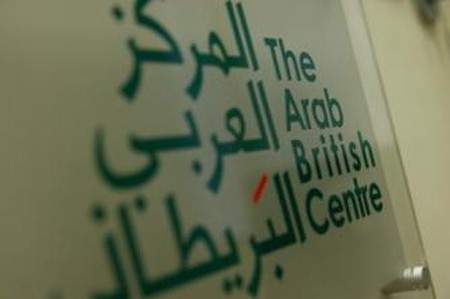 The Arab British Centre is a registered charity which works to improve the British public’s understanding of the Arab world.They organise and promote cultural and artistic events relating to the Arab world, and host a regular programme of activities including Arabic calligraphy classes and Arabic language classes.They also house permanent and temporary collections of contemporary Arab art, have a specialised library open to the public, and recognise individuals working in similar fields through our award. In addition to our regular on-site activities, we work in partnership with other institutions including the Mayor of London, Shubbak Festival, Royal Borough Kensington & Chelsea Nour Festival. In 2012, we produced ‘Safar: A Journey Through Popular Arab Cinema’, a week-long series of popular Arab cinema which took place at the Institute of Contemporary Arts (ICA) in London. In April 2013, The Arab British Centre was named co-winner of the prestigious UNESCO-Sharjah Prize for Arab Culture 2012. The prize rewards significant contributions to the development, knowledge and spread of Arab culture by means of artistic, intellectual or promotional outreach aimed at enhancing intercultural dialogue and understanding. According to the Assistant Director-General for Culture at UNESCO, Francesco Bandarin, the Centre has been recognised for ‘the various activities and events organised, within and outside the Centre, to promote a better understanding of Arab culture and foster intercultural dialogue’.