The 10 Most Beautiful Places To Visit In Bahrain 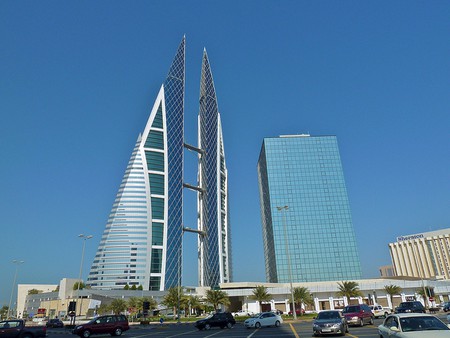 The kingdom of Bahrain is a multi-ethnic society and a popular tourist destination in the Middle East. Bahrain is famous for its impressive mosques, burial mounds, and traditional markets. The following are the ten most beautiful areas in Bahrain. 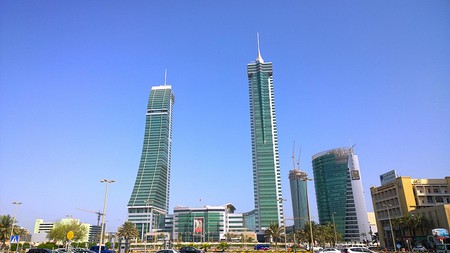 Designated as the capital of Arab culture in 2012, Manama blends its traditions with the contemporary, sparkly skyline. The capital of Bahrain is the trading center and financial hub in the Persian Gulf. Its skyline includes two sets of twin towers, the World Trade Center and the Financial Harbor towers, and other business and residential high-rise constructions. For a glimpse into the traditional Bahrain, visit the Bab-Al-Bahrain market, with an arched gate as entrance and housing stalls selling everything from clothes and food to gold and pearls, a historic tradition. The Al-Fateh Mosque, made of marble, impresses with its large dome made of fiberglass that glows at night. 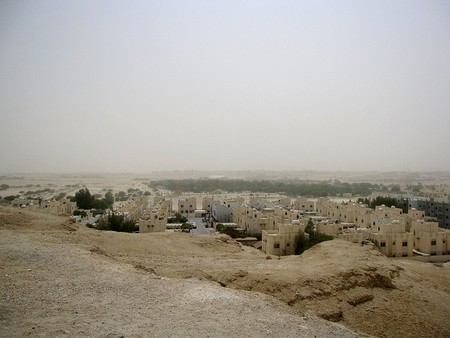 Located in the center of the main island of Bahrain, Riffa has several historic jewels, preserved through the centuries. One of them is the 19th century Riffa Fort, built in typical Bahraini architecture, made of clay. The Riffa Bazaar and the Bukuwara Street Market are the best places to go find some souvenirs, from crafts to pieces of clothing or small pottery objects. The Riffa Clock Tower is located in the western part of the city, and it’s worth a visit, as it rises above the city in white splendor, and is lit gold at night. 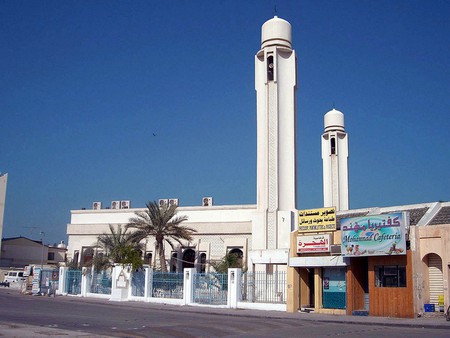 The old capital of Bahrain until 1932, Muhurraq is an island city around which the Amwaj artificial islets were recently built. With the purpose of creating housing, hotels, and beaches, the entire area of Muharraq now has a modern extension. The city’s traditional market, called a souq, where you can find all sorts of traditional foods and crafts is also worth a visit. Several districts display traditional architecture, the oldest among them the Fareej Al Bin Ali district.

Located in the northwestern part of Bahrain, the village of Bani Jamra is mostly known for the activity of its inhabitants: weaving clothes. A small village where the houses are built close together, Bani Jamra used to be a flourishing weavers’ community. Today, very few people still do it, and that’s why it’s even more special if you get to see threads imported from China and India being incorporated into the Arabic cloaks the men and women wear. The intricate weaving process reveals detailed patterns in a multitude of colors.

Also called Hamad Town, Madinat Hamad is a culturally diverse city carrying the name of the current king, Hamad ibn Isa Al Khalifah. It is a multicultural city in Bahrain in which many different peoples live, none of which forms the majority. A fairly new town, built to accommodate the growing number of residents, Madinat Hamad displays beautiful houses and schools in typical architecture. Also visit the Kanoo Mosque in the northern part of town.

One of the biggest towns in Bahrain, A’ali sits in the northern part of the main island, only 20 kilometers from Manama and just north of Riffa. Famous for its burial mounds dating back from ancient times, spread throughout the central part of the city. Cultural artifacts have been discovered in these burial mounds, and they can be seen in the country’s museum, dedicated to the history of the mounds. A’ali is also dotted with pottery boutiques in which you can admire the renowned handicrafts the locals create.

Located on the western coast of the main island of Bahrain, Al Jasra is most notable for its traditional handicraft center. The organization is divided into rooms where local craftsmen work on traditional arts and crafts. Many of them are potters working the clay or weavers making baskets. Other crafts you can see are dolls or boats. You can buy any of the artifacts made here. The center has a garden in the middle for unwinding and relaxation.

The town of Isa is located just southwest of Manama and neighbors the city of A’ali. It is a middle-class city where upscale villas coexist with schools; it is probably the area of Bahrain with most schools per number of inhabitants. You can admire the traditional architecture of these establishments and also of the Isa campus of the University of Bahrain. The town’s Persian market, with more than 450 shops, is a unique place to visit. You can find all sorts of local food produce, like dates and other fruit, carpets and other handicrafts.

Located on the northwestern coast of Bahrain’s main island, Al Budaiya sits in a naturally rich area of the country, on the most fertile lands. Despite constant deforestation for construction and modernization, you can still see Al Budaiya palm trees and vegetation shading the place from the scorching desert sun. Since Al Budaiya is a coastal town, many of the residents take part in activities like pearl diving and fishing, although in much smaller numbers than they did at the beginning of the 20th century. 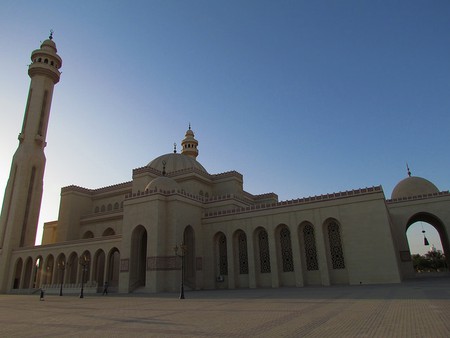 A 45-minute boat ride from the southern city of Al Dur will take you to Hawar Island, southeast of the mainland and close to Qatar. The island has been transformed into a resort retreat, with hotels and water-sports equipment for those wanting to venture in the warm seas of the Persian Gulf. The eastern side of the island is lined with high cliffs, typical of the area.