The Most Beautiful Beaches in Wales 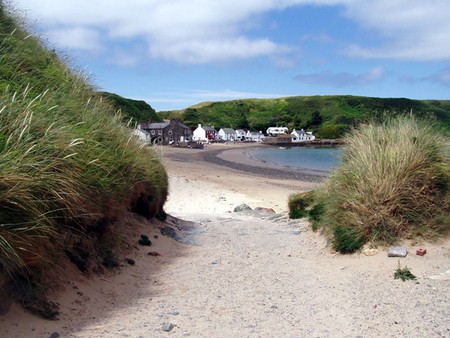 For dramatic coastal landscapes, crystal clear waters and pristine white sands look no further than Wales – home to some of the most beautiful beaches in world.

Top of the list is Barafundle Bay, which was recently named one of the best in the world by Passport Magazine. Here’s what they had to say: “…the deeply-striped cliffs on the cove to your left, the bright emerald fields surrounding you. Ascending, the dirt track disappears and you’re in open green fields, the pastures backed by rolling hills and the shimmering bay below, ringed by rocky cliffs… it’s a luxuriant curve of sand, topped by dunes and grasses on hills that make it feel immensely private.” Not bad, right? 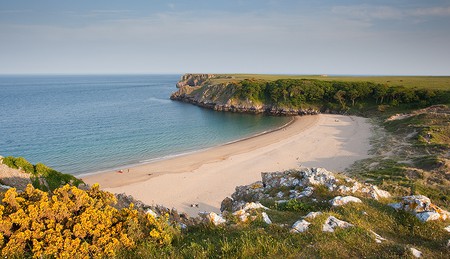 This bay gets its name from the three limestone cliffs that guard it. There’s some walking before you get to the beach, through flowers and fields along the clifftops. Take in the shoreline of sand dunes, the salt marshes and the ruins of Pennard Castle.

The sight of this beach is almost too picture-perfect to be true. Little white houses cluster in the shelter of a crescent-shaped green hill, which gives way to white sands and small boats floating calmly on the water. Visit the famous Ty Coch Inn on the beach when you go.

The fact that you can only go when the tide is out makes this beach even more special. Near the holiday hot spot Tenby, the beach is framed by huge red rock formations that ensure its seclusion. 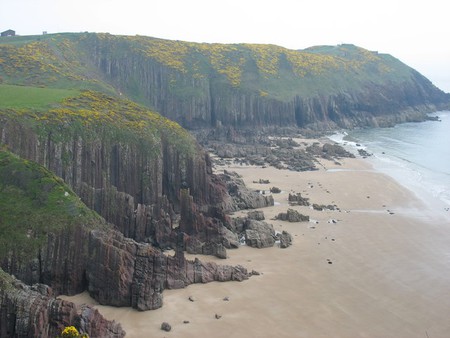 Another hidden gem, Traeth Yr Ora is one of many beautiful Anglesey beaches. Find it on the north east of the isle, in North Wales. There are no facilities and you have to park at nearby Lligwy Beach before walking to get to it. 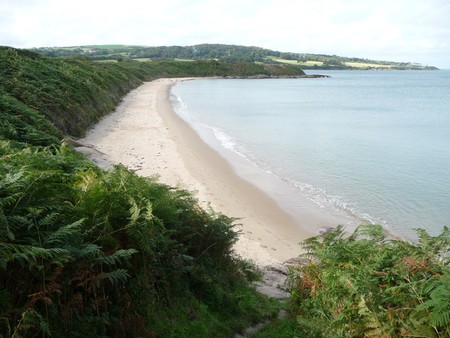 The north-side walk to this large sandy bay is as beautiful as the beach itself – through sand dunes and lily ponds with a stream that runs all the way to the sea. Walking along the beach you can also find caves and springs flowing from the cliffs. Make sure you check out the tide times before a visit and be wary of currents.

Spectacular cliffs back this secluded sandy cove where you can see wildlife such as dolphins, basking sharks and porpoises. Cared for by the National Trust, it’s a popular beach accessed via a single track road followed by steep steps down to the sand. It’s relatively safe to swim here but there are no life guards. There is however a little café and shop to get an ice cream or a bucket and spade.

Poppit Sands, at the mouth of the Teifi Estuary, is a sandy beach surrounded by sand dunes and greenery. For a good walk, get here via the Pembrokeshire coastal path. Poppit Sands is near Cardigan town and St. Dogmael’s. Lifeguards are present between July and August from 10am to 6pm.

Get to this beach via a beautiful woodland walk. The imposing cliffs of Jurassic rock and the shingles eventually blending into sand make for a dramatic sight when you get there. After a day spent paddling and exploring, head to the Plough and Harrow near the car park for some pub grub and a pint.

Being close to the M4 and Swansea and Cardiff, Rest Bay is one of the most popular surfing hot spots in South Wales. The fact that it is also an attractive beach with at least two surf schools makes this the perfect place to learn. Go to Malc’s Cafe opposite the car park for a pick me up between riding the waves.

A picture says a 1000 words but what this one doesn't say is onshore winds and a small swell period! #surf #restbay