The Best Works By Dylan Thomas You Should Know

The Welsh poet Dylan Thomas was a hair-raising, wild and morally dubious man, whose use of words and language has captivated a global audience. Born in Swansea, Thomas wrote about Wales, the country he loved so deeply, in an idealistic, optimistic and positive manner. One of the most entrancing features Thomas possessed was his voice, a seductive instrument which he used to enrich his performances. Thomas died in New York in 1953. We have compiled a list of his best works. 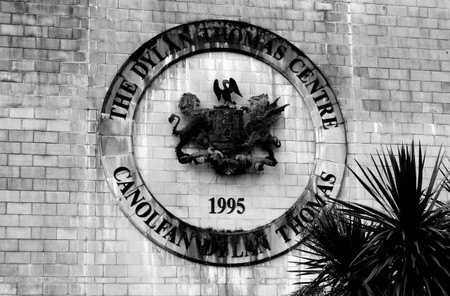 Originally written as a BBC radio broadcast, A Child’s Christmas In Wales later became a short story. The prose paints a nostalgic picture of Thomas’ childhood in Swansea, and takes the reader back to a time of innocence and simplicity. One of Thomas’ most famous pieces, A Child’s Christmas In Wales can be read as a fictionalised autobiographical account of a child’s excitement during the festive period.

One of Thomas’ sadder poems, Do Not Go Gentle Into That Good Night can be read as an impassioned plea to his father, asking him not to die. The poem takes the form of a villanelle, a particularly intricate fixed form of poetry with French origins. Interestingly, throughout the poem a number of lines are repeated, and only in the final couplet are they brought together. The poem explores death as an eventuality, and for Thomas, whose adored father died of cancer, the poem is a personal exploration of love and loss. 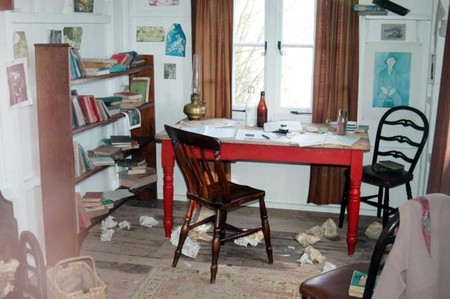 Just like A Child’s Christmas In Wales, Under Milk Wood was written as a radio drama. Also known as a ‘Play For Voices,’ the piece, set in the fictional village of Llareggub (‘bugger all’ backwards), explores some of the villagers hopes, dreams and ambitions. Under Milk Wood is humorous and engaging, and it is so full of clever and subtle literary techniques that it is no wonder it has constantly been re-adapted for theatre, film and other art forms.

A collection of short stories, Portrait Of The Artist As A Young Dog was originally published in 1940. Set in the city of Swansea, Thomas’ hometown, the stories are autobiographical and talk about the time when he was young. We are given an idea of how young Thomas was through comical snapshots, surrounded by exaggeration and mystery. The collection is not popular with everyone, as some deem Thomas to come across as pretentious. However, for an insight into Thomas’ life, this collection of short stories is worth a read. 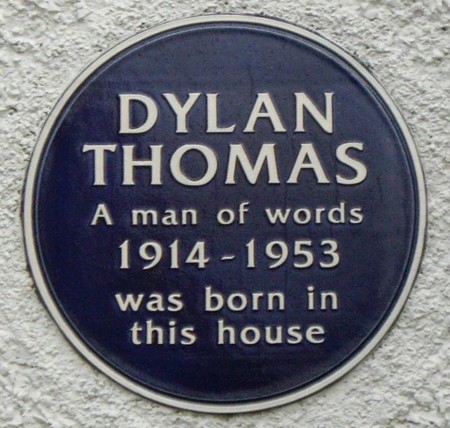 In My Craft or Sullen Art can be read as an explanation for the reason why Dylan Thomas writes. The writer lays out the reasons why he does not write to begin with: notably, he does not write for money nor to please other people. He explains that he writes for common people, for the average heart, for lovers. He acknowledges that we are all lovers, and need to be loved in return. The poem embraces the romantic stereotype which surrounds the figure of Dylan Thomas and is a beautiful ode to the craft of writing.

Thomas starts the poem Fern Hill by conjuring up memories of his time spent at his aunt’s farm in Carmarthenshire. Particularly explicit in the description of the location, Fern Hill paints a vivid image of Wales, of childhood and of memory. As the poem evolves, Thomas begins to lament his youth through the use of metaphors and imagery. The extensive use of rhyme in the poem has been compared to cynghanedd, a sound arrangement concept found in Welsh language poetry.

Thomas wrote this poem to begin the volume The Collected Poems of Dylan Thomas. When reading Prologue, the fact that there is very little rhyming and form to the poem becomes obvious. What you will notice, however, is that the first and last line rhyme, the second and the penultimate line rhyme, and so on. In the middle of the poem a rhyming couplet can be found, a subtle display of just how many different techniques and skills the writer used in his works. 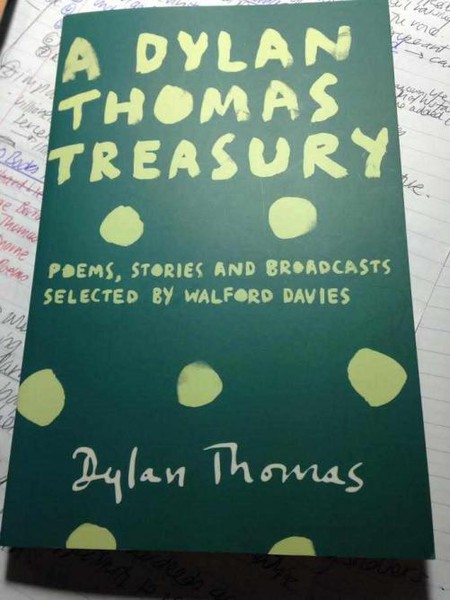 Dylan Thomas | © IndiaLeigh
Give us feedback