The Best Things to Do in Snowdonia, Wales 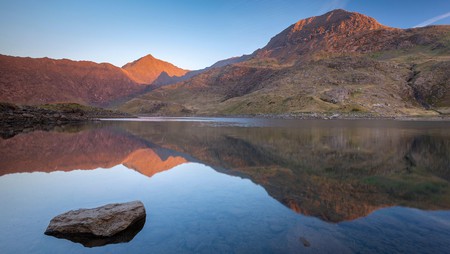 Immerse yourself in the wild natural beauty of Snowdonia National Park, home to Snowdon, the tallest peak in Wales. Here, you can hike craggy mountains such as Tryfan, swim in Llyn Cau or venture to the golden beaches of nearby Anglesey. Want more? Here are the best things to do in Snowdonia.

Snowdonia National Park has many faces. From towering Snowdon to the lush Celtic rainforests, lined with rivers and vast tranquil lakes, there is so much to see. “Every time I venture into Snowdonia, it delivers something different,” says Clare Copeman, co-founder of Adventure Tours UK, “It’s such a diverse landscape to explore – whether on two feet, two wheels or by paddle.”

Hidden away in the northwest corner of Wales, you’ll need a car to access this remote landscape – or you can let Culture Trip take you there on our action-packed five-day tour. Getting here involves hours traversing winding country lanes. However, on arrival, you’ll be generously rewarded with fresh mountain air, rugged bike trails and top stargazing spots. It is a must-visit for every outdoor enthusiast. Read on to discover the best activities to book when visiting Snowdonia. 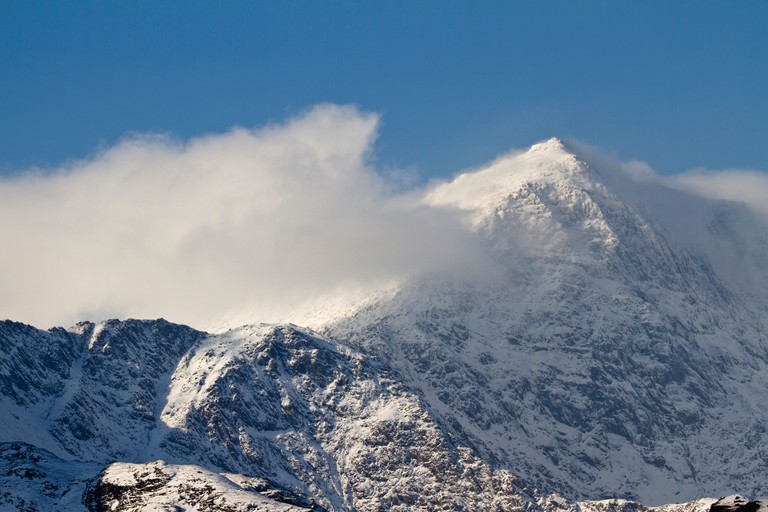 © Anthony Roberts / Alamy Stock Photo
There are six routes of varying lengths to the top of the highest mountain in Wales. The 9mi (14 km) Llanberis Path is the longest; next up is the 8.5mi Rhyd Ddu track; then there are three 8mi routes and one 7mi. Allow between six and seven hours for a return hike to the 1,085m (3,560ft) peak. Pack plenty of snacks and water, and make sure you wear comfortable trainers or walking shoes. Keep an eye out for the Snowdon Lily, a flower found nowhere else in the UK.

Whizz along an underground zipline at Go Below

Go Below offers some of the most exciting things to do in Snowdonia, including the longest underground obstacle course on the planet and the first deepest-to-highest-point endurance challenge in the world. The latter takes you to the deepest publicly accessible point in the UK, buried 419m (1,375ft) underground. Climb, zip-line and abseil through subterranean Victorian mineshafts to freedom. All gear is provided and outings, which last from five to seven hours, are led by expert guides. 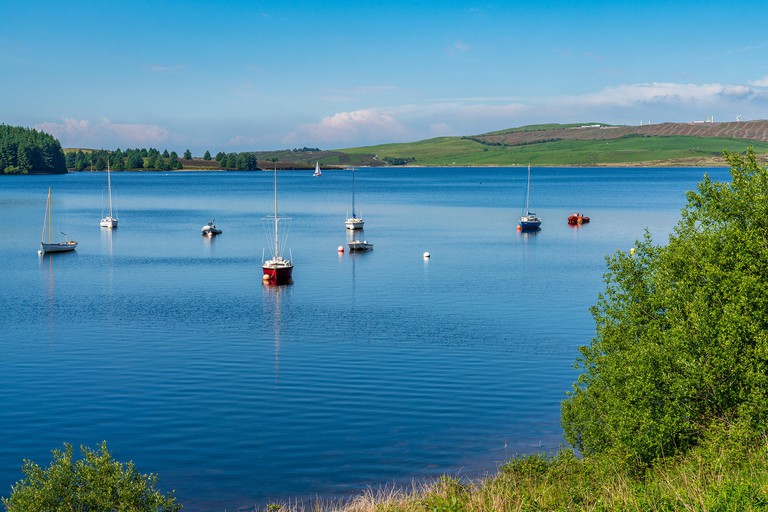 The Llyn Brenig reservoir and moors are some of the most popular cycling spots in north Wales. Rent a bike from the Visitor Centre and head off-road, either making up your own route as you go, or following the seven clearly marked tracks. These range in distance from the 2.5mi (4km) Dam Cycling Trail to the 14.5mi Two Lakes Trail. Downhillers will love the Elorgarreg Trail, a 5mi stretch of rough track featuring a steep section in the middle.

In recognition of the clear skies here, Snowdonia National Park was named a Dark Sky Reserve in 2015. Cloudless nights reveal everything from shooting stars and multi-coloured gas clouds to the constellations of the Milky Way. You can view this after-dark spectacle from anywhere in the park, but top spots include Llyn y Dywarchen, Ty Cipar (a former gamekeeper’s house) and Bwlch y Groes, one of the highest public roads in Wales. 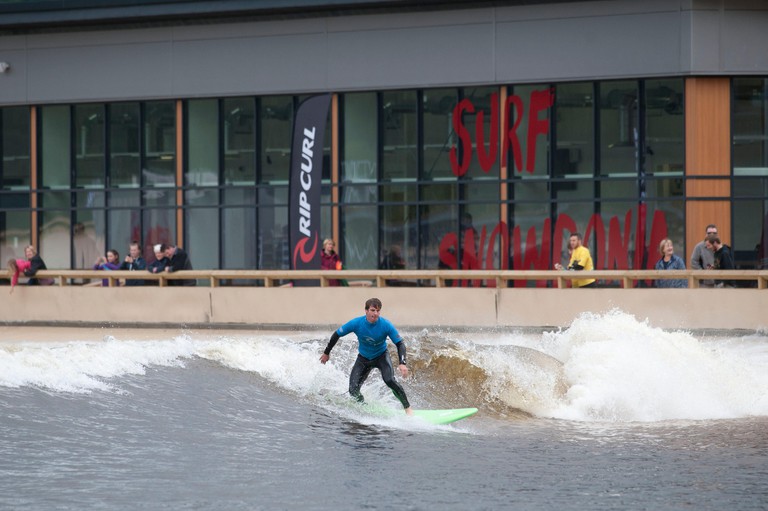 Surfing might not be something you associate with this part of north Wales, but it’s one of several activities on offer at Adventure Parc Snowdonia. A landlocked man-made lagoon produces real waves every 90 seconds. Instructors cater to all ages and levels of experience, first teaching you how to pop-up on land before taking you into the water. Unsupervised sessions range from beginner-friendly (around 18 white-water waves per session) to advanced level-only (12 much bigger, faster waves per hour) and all start with a five-minute safety briefing. 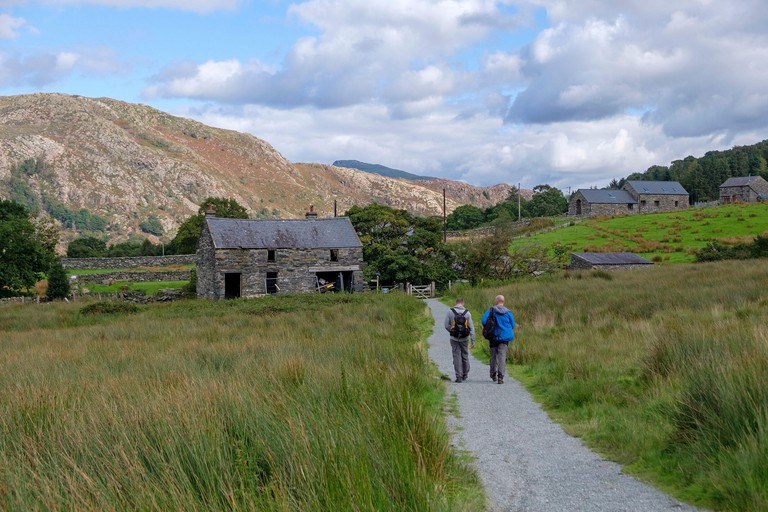 The Snowdonia Slate Trail is an 83mi (133km) loop weaving through some of the most humbling scenery in north Wales. Beginning and ending in Bangor, the route consists of 13 stages, ranging in length from 4mi to 13mi (6km to 21km). You’ll pass through the distinctive slate villages of Snowdonia and all its major mountain ranges. To receive a commemorative medal, collect eight stamps in a downloadable passport along the way. Train enthusiasts will find plenty to admire while walking, such as the Welsh Highland Light Railway and the Ffestiniog Railway.

Leap off cliffs while coasteering on Anglesey

The Anglesey shores provide the perfect setting for coasteering, a high-energy combination of wild swimming, scrambling, cliff jumping and caving. There are plenty of companies offering half- or full-day coasteering trips led by experts throughout the warmer months – usually from April to late October/early November – as well as accommodation in rooms, cabins, yurts and shared dorms. Most equipment is provided, but you will need to bring trainers that you don’t mind getting wet. 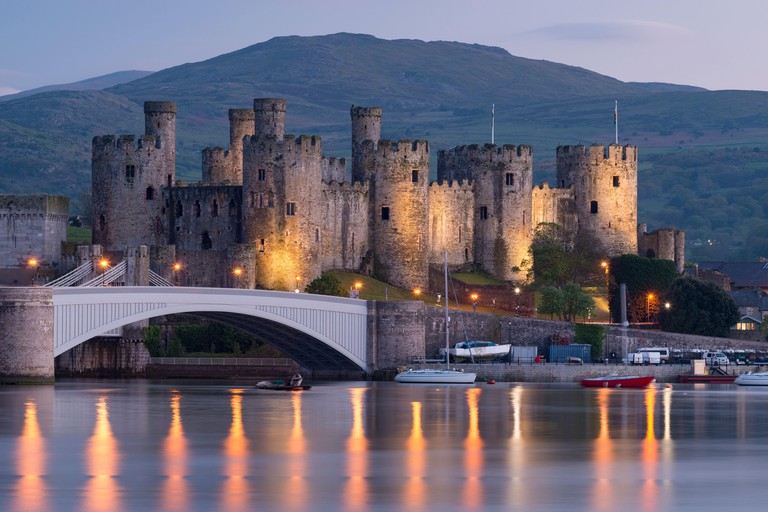 Towering over the coastal village of the same name, Conwy Castle is one of the best preserved medieval fortresses in Europe. Built by King Edward I between 1283 and 1287, it’s also home to some of the most complete medieval royal apartments in the UK, although these were only used for their original purpose on a handful of occasions throughout the 14th century. Key features include the servants’ passages, the chapel, the battlements and the spiral staircases leading to the top of the towers. 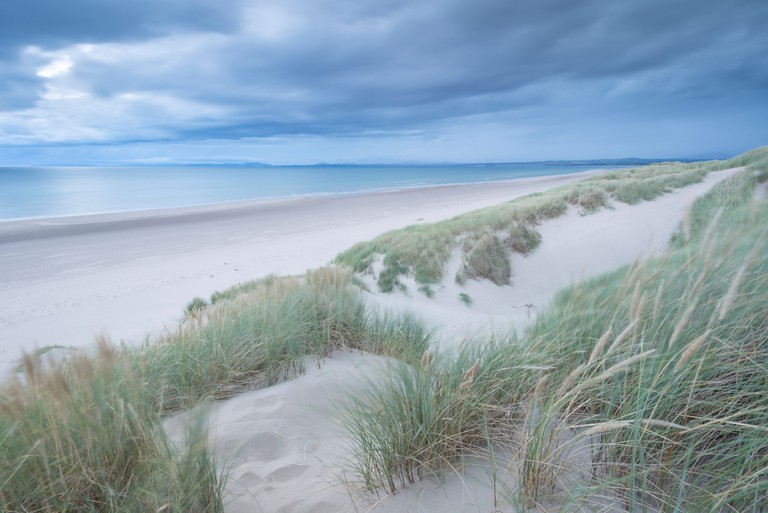 The 4mi (6.5km) long Harlech Beach is on the northern coastline of Snowdonia National Park, a 20-minute drive south from Porthmadog. During the summer, it is sought out by migrating leatherback turtles. Explore the Morfa Harlech National Nature Reserve – the only expanse of growing dunes in Wales – and Harlech Castle, built by Edward I in the 13th century. Also situated just back from the beach is the Royal St David’s Golf Club, one of the best links courses in the UK.

Foraging and wild cooking is a great way to explore the unspoilt coastline of Anglesey, an island situated off the northwestern Welsh coast, about a half-hour drive from Snowdonia National Park. Plants to look out for include sea holly (only the root is edible), sea cabbage and a tiny green succulent called samphire. All are delicious, either washed and raw, or boiled up and served along with some freshly caught fish and a glass of chilled white wine.

Keen to discover Snowdonia and more of North Wales with a local guide at your side? Join our small-group trip for a deep dive into the region which includes hiking, mountain biking and coasteering.