The 10 Most Beautiful Parks and Gardens in Cardiff 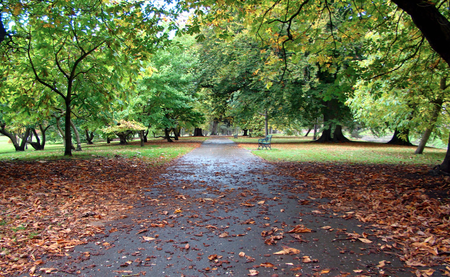 Cardiff is a modern, vibrant city with trailblazing architecture and new urban cityscapes. However, it is also home to some truly beautiful parks and gardens. Dotted about the city, these green islands provide wonderful examples of Cardiff’s natural environments, and are well worth a visit.

Park
Facebook
Email
Twitter
Pinterest
Copy link
Share
Map View
A green oasis in the centre of Cardiff, Bute Park is a Grade I listed park and often seen as the jewel in Cardiff’s crown. It contains many features and a wealth of archaeological and nature conservation places of interest. When in bloom, the park provides a truly beautiful place to visit.
Open In Google Maps
North Road, Cardiff, Wales, CF10 3ER, United Kingdom
+442920872730
Visit Website
Give us feedback

Relatively small but nevertheless beautiful, the Gorsedd Gardens are situated directly in front of the architectural marvel that is the National Museum of Wales. Gorsedd Gardens contains a number of statues, including several by the Cardiff-born sculptor Sir William Goscombe John. In its early years, this space, just minutes from Cardiff Castle, was referred to as the Druidical Gardens, but the name Gorsedd Gardens was later adopted.

Park
Facebook
Email
Twitter
Pinterest
Copy link
Share
Map View
One of Cardiff’s most popular parks, Roath Park Gardens maintains a classic Victorian atmosphere through its facilities and architecture. The park has recently been awarded the prestigious Green Flag award to recognise its high quality and its importance to Cardiff. It is a popular facility for fishing and rowing. There are four islands within a conservation area, home to many water birds. The main park includes a large playground, floral displays, the glasshouse conservatory and recreational areas.
Open In Google Maps
Lake Road West, Cardiff, Wales, CF23 5PA, United Kingdom
+442920872087
Visit Website
Give us feedback

Alexandra Gardens is a rectangular space comprising formal lawns with island flower beds and specimen trees, placed between Edward VII Avenue and Museum Avenue, and surrounded by the buildings of the Civic Centre. It was planned as a formal garden featuring a fountain at its centre, which still stands proudly.

Pontcanna Fields is a well-preserved central urban park that gives the Cardiff area an unusually large amount of open space in the heart of the city. It can be accessed by the beautiful Taff Trail that runs parallel with the River Taff. The magnificent, axial lime avenue forms a very striking feature of the parkland.

'Not a leaf falls, but that he knows it' – Remember Allah (SWT) in every matter at every step. 👣

Park
Facebook
Email
Twitter
Pinterest
Copy link
Share
Map View
Opened in 1933, Trelai Park is a large open space in the Caerau area of Cardiff. Formerly used locally as a race course, the area now provides sports pitches, complete with a large car park and changing rooms. In the middle of the park is the site of a Roman Villa dating from the 1st century AD. The site of the villa is still visible as an unkept area in the middle of Trelai Park, although the excavations have been covered over. It is officially recognised as an ancient monument.
Open In Google Maps
Cardiff, Cardiff, Wales, CF5 5BG, United Kingdom
Visit Website
Give us feedback

This former landfill site has been developed into a wildlife haven in partnership with local groups. Relict estuarine habitat is a major feature of the reserve, but the 13-hectare site also includes woodland, wetland, meadows and ponds providing homes for more than 500 species of wildlife. Amazingly, it is located only 1.5 miles from Cardiff’s city centre.

Located on the banks of the Taff just south of the M4 motorway, Forest Farm is full of surprises. Sections of the former Glamorganshire Canal still survive here and a wide range of habitats including woodland, scrub, hay meadow, ponds and marshland. The Taff Trail runs through the site and to the south is the recently restored Melingriffith Waterpump – a relic of the industrial past of the area.

Park
Facebook
Email
Twitter
Pinterest
Copy link
Share
Map View
Porthkerry Country Park consists of 220 acres of green grassland and woodland to explore. There is a small stream that runs through the park adding to the wonderful, natural experience. Overhead crosses an impressive viaduct where trains make sporadic appearances. You may need to pay for parking in peak season.
Open In Google Maps
Barry, Wales, CF62 3BY, United Kingdom
Visit Website
Give us feedback

Park
Facebook
Email
Twitter
Pinterest
Copy link
Share
Map View
Victoria Park is one of Cardiff’s best loved parks. This Grade II listed park is situated in the western suburb of Canton, and its colourful flower borders and wide range of facilities have year-round appeal to all ages. As its name suggests, it is a traditional Victorian-era park named after Queen Victoria and has retained much of its original charm.
Open In Google Maps
Victoria Park Road East, Cardiff, Wales, CF5 1EH, United Kingdom
+442920684000
Give us feedback
Give us feedback