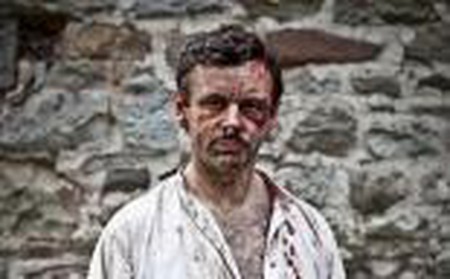 The tragedy, bravery and epic drama of World War II has influenced the course of art more than any other modern historical event. However, with so many war stories already written, the Welsh film Resistance (2011) has chosen to explore an alternative ending to this catastrophic time period. Based on the novel of the same name by Owen Sheers and directed by Amit Gupta, we investigate this striking film and its harrowing portrayal of a reality that was narrowly missed.

Resistance takes place in an alternative 1944 in which the Allied invasion was a failure and the German army has occupied much of the British Isles. The film is set in a remote Welsh village where the men have all disappeared into the valleys to join up with the resistance, leaving the women and children to maintain the farms and fend off the German soldiers stationed within the village. Much like Melville’s Army of Shadows and The Battle of Algiers, the film poses questions about the personal costs of resistance and collaboration. The film is funded by the Film Agency for Wales.
Nominated for multiple awards, Resistance garnered a positive response upon its release and was hailed by The Guardian’s Peter Bradshaw as a film worthy of ‘cult status’. Bradshaw said that Resistance ‘is an overwhelmingly bleak film, progressing with a dreamlike drift, and the howl of wind is a continuous accompaniment’. It was also praised by Empire Magazine’s Nev Pierce, who said ‘a haunting, elegant film about love, loss and just what we will do to survive’.
Resistance masterfully manipulates history, highlighting a reality that almost came to be. However, while this grand narrative is the initial drawing card for the film, the story’s true strength lies in the personal struggles that the characters face. The devastating effects of war on a nation and on individuals are put side-by-side through this focus and make the film both intellectually and emotionally captivating. The setting of a small Welsh village is another well-crafted metaphor for this exploration of macro verus micro tensions.
Both captivating and thought-provoking, Resistance is a fantastic piece of Welsh cinema.