How the Penclawdd Cockle Became One of Wales' Most Popular Snacks 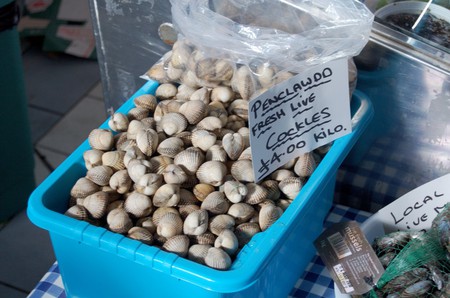 Swansea and the South Wales coast have been synonymous with the cockle industry since Roman times. These small molluscs are a local delicacy, often steamed or served cold with plenty of malt vinegar and salt for an authentic taste of Wales.

Swansea Indoor Market is still one of the best places to source these tasty morsels. However, fine-dining venues have more recently embraced them also, as have boutique hotels, which often offer them as part of a Welsh Breakfast alongside laverbread (made with a variety of seaweed). Some consider the cockle to be an acquired taste; they smell of the sea but are perfect alongside a pint of locally brewed real ale. In fact, most pubs in Wales sold cockles on the bar at one time, as they are very salty and therefore increased thirst and helped sell more beer.

At the height of the cockle industry in the 19th century, visitors to Penclawdd, on the Burry Estuary, were greeted by the scene of hundreds of pickers, often accompanied by panniered donkeys out on the sandy flats at low tide. Cockles were mostly gathered by women using hand-rakes and riddles. Even into the 1950s, these ‘cockle women’ were out as soon as the tide allowed, scraping the sand day after day. It was certainly backbreaking work. Today, cockle collectors have replaced the donkeys with Land Rovers, and the harvest is taken to large modern factories for processing.

Among the most iconic images of Wales in the 19th and early 20th centuries was that of the cockle seller. These women wore traditional Welsh flannel outfits that were often red and black, and they perched round baskets of cockles on top of their ‘cocklewoman’s hats,’ made of fine felt and tied with ribbons, which allowed the basket to sit securely on their heads as they carried their wares to market. There are still companies today that offer small packets of salt-and-vinegar doused cockles. If you are lucky, you might just find a pub that serves them. If not, head to one of the indoor markets or local fishmongers, and enjoy one of South Wales’ most famous snacks at its freshest. 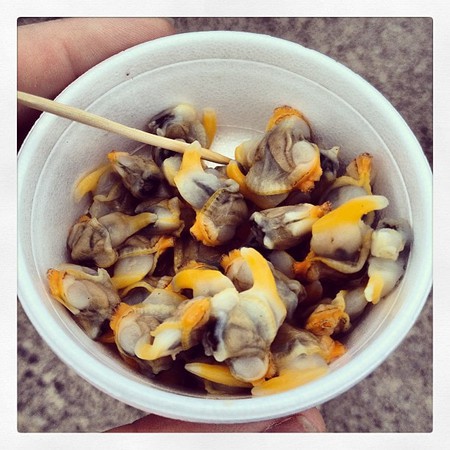 Cockles | ©StuartMudie/Flickr
Give us feedback