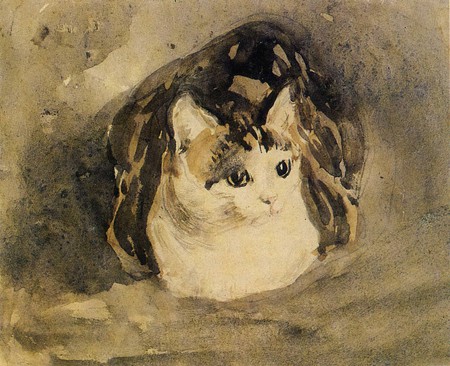 Welsh artist Gwen John is widely adored for her tranquil portraits, which are mainly of women. Born in Haverfordwest, she lived mostly in France, where she created a rich body of work despite several upheavals in her personal life. Michèle Kieffer looks at her life, and the placid beauty of her work. 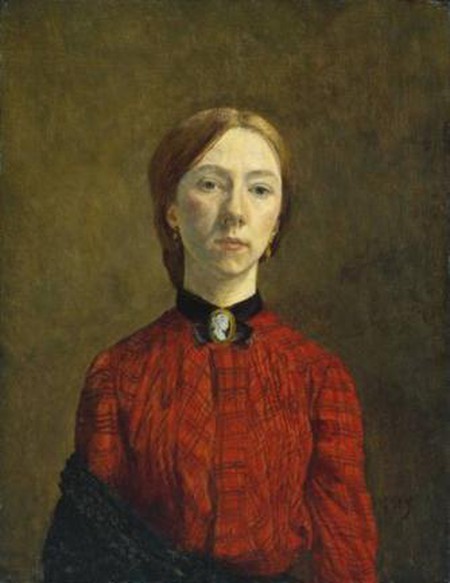 A bohemian lifestyle, years of squatting, dramatic love affairs and finally a conversion to Christianity; some of the anecdotes surrounding Gwen John’s life are surely situated somewhere between fact and fiction. Whilst her life story is fascinating and exciting, her body of work is suffused with an atmosphere of harmony and serenity. Concentrating almost exclusively on interior settings and portraits, more precisely portraits of women, John captures the calm of the represented moment. She painted slowly and with a reduced palette, two facts that symbolize the quiet dialogue between the sitter and the artist. Her oil paintings concentrate on seated, often anonymous, women in a three-quarter view, whereas her sketches and watercolour paintings favoured numerous subjects such as churchgoers, people on the train, the artist’s room or her cats. Gwen John’s artistic strength did not lie within a well-developed technique, but in her refined way of capturing emotions and moods. Nude Girl from 1909-10 (below right) for example is a three-quarter portrait of a young, naked woman. She is sitting on a chair, a fact that is almost not recognizable because of the perspective. The model looks the viewer straight in the eyes. Her glance and posture are open and confidant, but at the same time fragile. 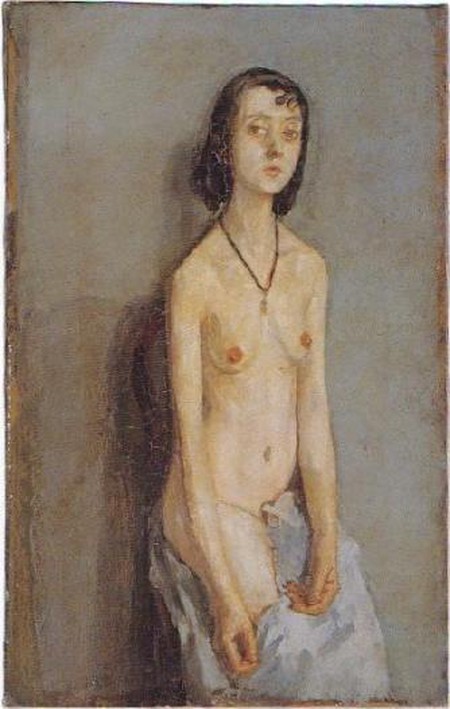 Born and bred in Wales, Gwendolen Mary John spent almost all of her adult life in England and France. In 1895, at the age of 19, she followed her brother Augustus John to the renowned Slade School of Art in London. She found a fertile environment that challenged her and her artistic skills, which was not a given for a women around the turn of the century. The siblings lived in poor conditions and became known, in the broadest sense, for their bohemian life style. After squatting for several years in an abandoned building, John and her friend Dorelia McNeil (who would later become Augustus’ second wife) made plans to walk to Rome, financing themselves by selling their paintings on the way. They made it to Toulouse and soon moved to Paris, where it was easier for young women to earn a living.

Gwen John found work as a model for August Rodin, an encounter that would change her life. Deeply impressed by the accomplished sculptor, who was almost 40 years her senior, John became his lover. She was strongly, some sources would even say obsessively, attached to the artist, whereas Rodin was quickly overwhelmed and eager to end their relationship. For over a decade, John wrote letters to her former companion on a daily basis. Rodin’s statue Whistler’s Muse testifies of the relationship with John, who served as the model for the masterpiece. 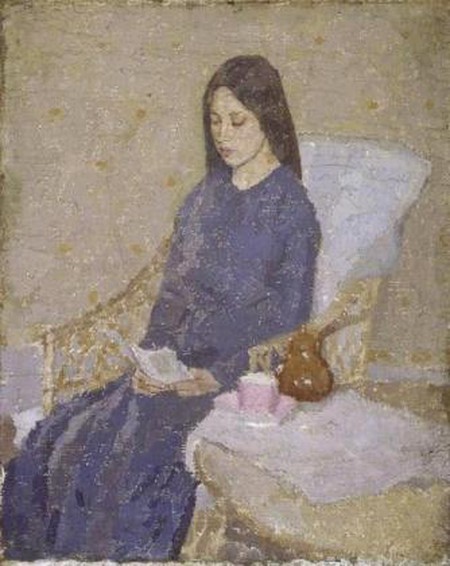 With the intense liaison ending in 1910, John moved to Meudon, a small village in the Parisian banlieue, where she would stay until the end of her days. Soon after she settled in, she met the American lawyer and collector John Quinn, who encouraged and motivated her emotionally as well as financially. This support influenced her creative process. John lived a rather isolated life in Meudon but her work seemed to flourish under the calmer circumstances and the spirituality she found in the Catholic Church. In 1913, the artist was asked by a local convent to paint the portrait of their founder, Mère Marie Poussepin (1653-1744). From 1913 to 1920 she worked on the project, using a prayer card and later nuns of the convent as a model. Six versions of the portrait are known today, all immersing Mère Poussepin in golden light. The portraits reflect a strong, intelligent, warm and collected woman. With as little decorum as possible and a reduced choice of tones, Gwen John captures the very essence of what she thinks a mother superior should represent.

With the death of her patron John Quinn, the artist worked less and less. After several years of self-neglect, Gwen John passed away on a trip to Dieppe in 1939. She rose to fame only after her death and is now presented in major collections such as the Metropolitan Museum of Art and the Tate Gallery.