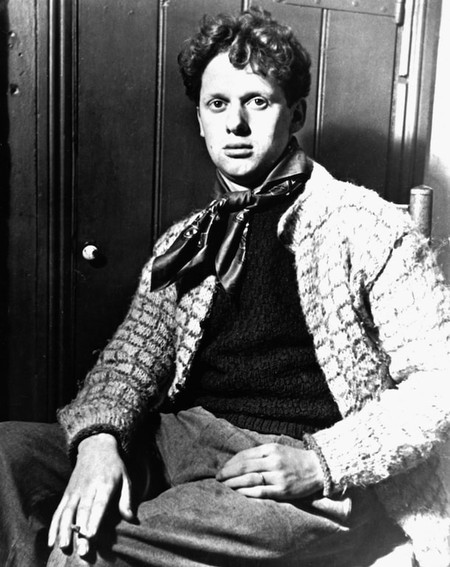 Dylan Thomas, without doubt Wales’ most famous literary son, was born in Swansea on October 24, 1914. Known for his poignant poetry, books, plays and radio works, Dylan Thomas died at the tragically young age of 39 in New York City, following a long battle with depression and alcohol.

Born in the smart Uplands area of the city, his birthplace is now a museum and guest house. In this elegant Arts and Crafts family home, between the years 1930 and 1934, Dylan wrote over 45 of his 90 published poems. He described his Swansea as (sic) “ugly lovely town… crawling, sprawling… by the side of a long and splendid curving shore”. Dylan attended Swansea Grammar School where his father taught English. It was here that one of his first poems, written in 1930 and titled Osiris, Come to Isis was published in the school newspaper – he was eventually to become its editor.

On sunny days, Dylan would walk on Swansea’s beautiful beach, taking literary inspiration from the panoramic views across Swansea Bay. One of Dylan’s favourite beaches was Rhossili on The Gower, it is said that on one occasion he got caught out by the turning tide and ended up stranded on The Worm’s Head rocks. His words describe the famous beauty spot admirably, “…at the end of the humped and serpentine body, more gulls than I had ever seen before cried over their new dead and the droppings of ages”. Known to often indulge in a drink or two, Dylan’s two main haunts were The Antelope and The Mermaid Hotel in the pretty coastal village of Mumbles. In the city, The Uplands Tavern and the Maritime Quarter’s Queen’s Hotel were all known to play host to Dylan and his chums – and both of these still stand today. No doubt a few drinks to grease the creative wheel helped enormously in the composition of some of Dylan’s most famous works. He and a small group of like-minded friends, artists and writers would also gather at The Kardomah Cafe in Castle Street, close to the newspaper offices where Dylan Thomas worked after leaving school. Among this group was the poet Vernon Watkins, and together they formed their own Bloomsbury-style bohemian ‘set’ in 1930s Swansea.

Following the Swansea Blitz in February 1940, little was left of Castle Street in the city centre, and The Kardomah Cafe was no more. Of it, Dylan said, “Our Swansea is dead”. A subsequent radio play entitled, Return Journey Home, tells of the cafe being, “razed to the snow”. It later reopened in a new location on Portland Street. Today, Dylan’s story and his Swansea connections all contribute to a permanent exhibition in The Dylan Thomas Centre. Once the Guild Hall, this splendid early 19th-century building is now an arts centre, focusing on the life and works of the great man himself and what a fitting place to have it – after all, as Dylan said, “This sea-town was my world”. 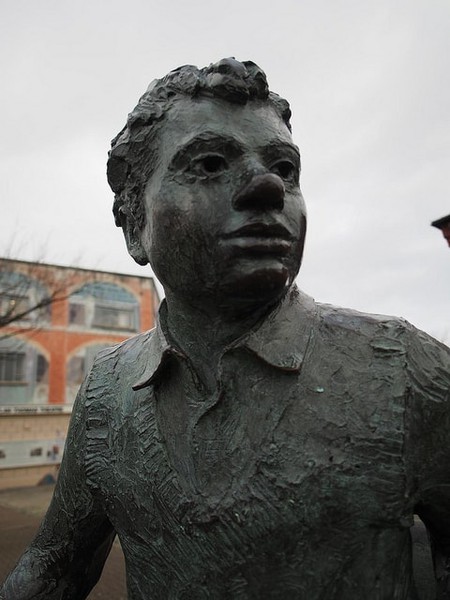 Dylan Thomas | ©GarethLovering/Flickr
Give us feedback