Why Golf Is Scotland's Official Sport 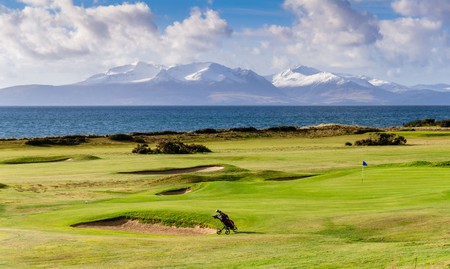 Every year, Scotland welcomes swathes of eager golfing enthusiasts from far and near, each bursting with anticipation to play some of the most iconic courses in the world. So much more than a native sport, Scotland and golf share a sacred and unbreakable bond. After all, this bonnie land is the birthplace of the sport.

It’s rather spectacular to think that if you rewound time and viewed Scotland centuries ago (specifically the 15th century), golf would still be ingrained into the Scottish social psyche. Although the sport was flat out banned in 1457 — it was considered an unwanted distraction — the diehard fans were elated when it was lifted around 1503. That same year, King James IV was caught on record buying the first ever clubs: ‘for golf clubbes and balles to the King that he playit with’. 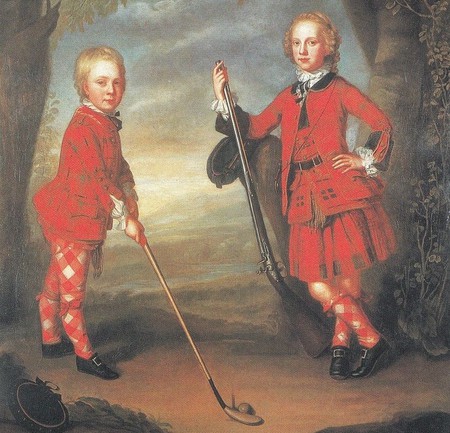 The MacDonald Boys Playing Golf In The 18th-century | © WIkiCommons

History alone explains why golf is Scotland’s rightful official sport. Look at Musselburgh Links, The Old Golf Course. This legendary course, situated on the outskirts of Edinburgh, is celebrated as both the oldest golf course in the world and the oldest course to be continuously played upon. In 1567, Mary, Queen of Scots is said to have played a round there, while records also show that golfers were teeing off as far back as 1672. Not only has this nine-hole par 34 course hosted six Opens, but it has left an invaluable contribution to the rules of the game. Musselburgh Links created the 108mm or ‘four-and-a-quarter-inch’ diameter rule for the device used to create the width of a golf hole. The R&A followed suit in 1893 and made it the obligatory measurement for all courses. 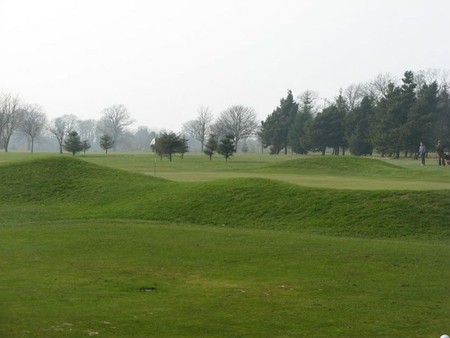 Speaking of rules, the oldest golfing regulations were established in 1744 for the Honourable Company Of Edinburgh Golfers, the oldest verifiable organised golf club out there, during their first tournament in Leith. The oldest of the four major golf championships, the first Open Championship was held in Scotland at Prestwick Golf Club in 1860. 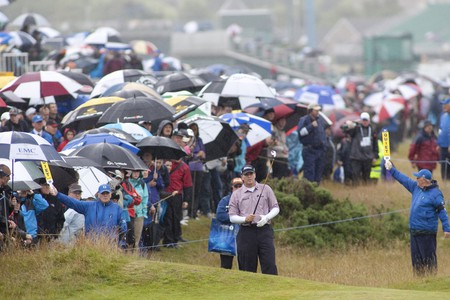 It’s true that Scotland experiences all four seasons in one day. To the optimistic opportunist, the tumultuous Scottish elements make the game all the more exciting. High prevailing winds (especially on coastal courses) and an ever-present breeze pose as a welcome challenge, whereas likely bouts of rain are par for the course! This being said, the moments when nothing but glistening rays of sunshine dance willingly across the rolling terrain, enchanting scenery and dramatic landscapes of Scotland (it happens more than you think), make golfing less of a sport and more of a moment of divine intervention. 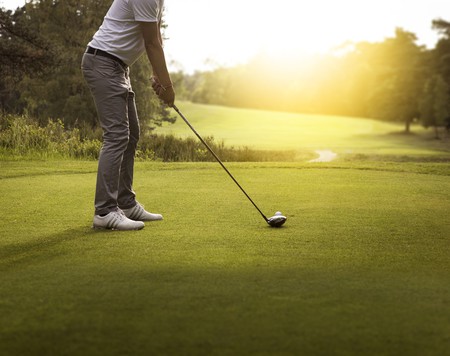 Many ancient and classic, others new and exciting, Scotland boasts over 550 courses, arguably the finest in the world. Draped with prestige and riddled with tradition, perhaps the most famous is the Old Course at St Andrews, with its massive double greens; renowned 700-year-old Swilcan Bridge; and of course, The Road Hole (one of the most famous holes in golfing history). Viewed internationally as the ‘home of golf’ and considered a mandatory golfing pilgrimage place, the Links at St Andrews hosted the first ever game. It has hosted the Open Championship 29 times and also influenced the rules of golfing by setting the precedent of 18 holes. Dotted all over the country, Muirfield, Royal Dornoch, Carnoustie, Kingsbarns and North Berwick are just a few of Scotland’s desirable courses. 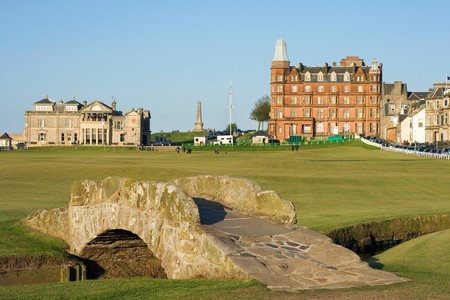 The famous Swilcan bridge on the 18th hole of the Old Course links in St Andrews, Scotland | © AdamEdwards / Shutterstock

The layout of a course is just as important as the rules and location. Although mainly subjective, myriad aspects must be taken into consideration when choosing a ‘good course’; such as the direction of the greens, bunkers and slopes, the variety (i.e. is there a mix of doglegs, straight, long or short holes); and whether the course is hilly, flat, coastal or inland. Scotland is fortunate to have multiple courses designed by great Scottish golf course architects James Braid, Old Tom Morris and Tom Bendelow, whose work today, still reigns supreme. Yet another reason why golfers flock to Scotland like there’s no tomorrow.

At the end of the day, when it comes to this Scottish national sport, it’s important to note at least one thing — you can take the golfer out of Scotland but you can’t take Scotland out of golf! 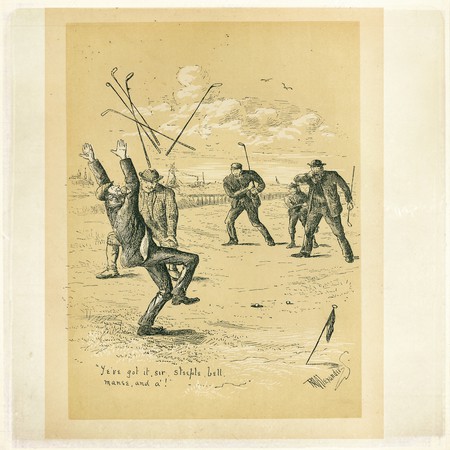 Etching from Golfing – A Handbook to The Royal And Ancient Game published by W&R Chambers Edinburgh and London, 1887 | © Anne Greenwood / Shutterstock
Give us feedback