What's On in Edinburgh in July 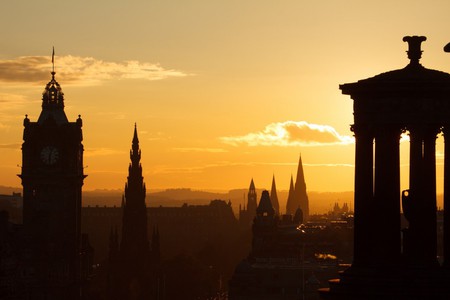 With the Fringe shenanigans just around the corner, July is the perfect time to get stuck into the thick of all the festival fun. Between the live jazz music and art exhibitions, soak up the imitable atmosphere and embrace the best things to do in Edinburgh this July.

One of the many unmissable events of the Edinburgh Art Festival, True To Life is a special showcase at Modern Two featuring over 80 paintings exploring the British realist movement evident in the 1920s and 1930s, a period in art often shoved to the wayside. Be prepared to feel blown away with the deft skill, meticulous precision and striking essence exuding throughout works from 50 + artists from Gerald Leslie Brockhurst to Meredith Frampton.

Destined to be the shindig of July, ‘Life & Style Edinburgh’ is almost too good to be true. This brand new enticing social affair is a two-day event featuring fashion shows, workshops, pop-ups, celebrity speakers, complimentary beauty treatments and cocktail classes. And that’s just scraping the surface. Float between the individually themed rooms — fashion, food and drink, travel, fitness, interior design and beauty — and see all the good stuff Edinburgh has to offer. The best part? You only need one ticket!

If you dream in all things cheese and live for wine, this is the event for you! Practice your best glass swirling techniques and sample the best charcuterie the south west of France has to offer. With the immensely knowledgeable Rose Murray Brown as your guide, you’ll be well taken care of. Highlights include 13 white and red wines with distinct grape varieties and a wondrous selection of hams, cheeses, olives and breads. Suited to all skillsets.

See matters in an inspiring perspective and explore all there is to see and do at the Retina Scottish International Photography Festival. Spread among multiple venues and featuring 202 photographers and a photomarathon, consider this event an epic celebration of the wonderful world of photography.

Join in on the soul-infused festivities of the Jazz and Blues Festival inundating Edinburgh from the 14th to the 23rd July. Highlights include a myriad of live jazz music and of course the Mardi Gras event in the Grassmarket on Saturday, 15th July. Watch as Edinburgh transforms into a Scottish New Orleans and feel the love of the four stages and free party atmosphere.

Carnival is yet another epic event thanks to the Jazz and Blues Fest. Watch in awe as over 800 resplendent carnival performers parade from the Mound to the West End of Princes Street and embrace the hypnotic performances that follow. From music and dance to acrobats and puppetry hailing from all over the world, expect to be impressed.

Showing in the Grassmarket, Cameraperson is a critically acclaimed breathtaking montage of the scarcely-seen relationship between makers and subjects. This striking cinematic piece features the seemingly discordant yet harmonious conglomeration of footage from cinematographer Kirsten Johnson over her documentary-making career. A wonderfully raw insight into the finely-tuned balance of objectivity and intervention within the filmmaking world and a rare glimpse into humanity.

Following the roaring success of the Glasgow counterpart, the National Whisky Festival is set to descend upon the capital’s Corn Exchange. Highlights include over 50 tasting stands overflowing with top whiskies, expertly-informed masterclasses led by the pros, live music and a total foodie dreamland. And yes, there’s so much whisky love in store! There’s no better way to celebrate Scotland’s beloved tipple.

A torrent of creative burst, lap up a little taster of the Fringe before it begins with Topical Storm, a wonderfully witty satirical political comedy show comprised of stand-up, chat, comment and innovative answers. Brought to the good people of Edinburgh by Mark Nelson, Keir McAllister, Stuart Murphy and Vladimir McTavish, this whirlwind of a show rides on the success of 2014 Fringe production Aye Right? How No? and is set in a post-referendum, post-2015 election society.

You know the Fringe is near when the Edinburgh International Food Festival covers George Square Gardens with Scotland’s top producers. From cheese overload and gin galore, to artisanal eats and so much more, this is the foodie event of the season. Make sure to take advantage of all the talks and debates and sample your way through the street food. Save Eat Mhor, a truly memorable culinary adventure, for last.

Scottish artist Jacob Kerray finds inspiration in visual cultures, particularly his primary passions of football, professional wrestling and historical painting. His art, which never fails to reel you in from a mile off, is a distinct exploration of the cultural status-quo, mob mentality, myth and more. Kerray is set to embellish the Talbot Rice Round Room with his new commission created as a response to Edinburgh University’s extensive art collection. You’ll want to look at this one.

Whether for charity, fitness or simply for the banter, get involved in the Big Fun Run, a sequence of 5k runs across the UK from July to October. The Edinburgh route takes avid runners around Arthur’s Seat on Queens Drive and is graced with some awe-inspiring views. The Big Fun Run is untimed and perfect for all ages of all abilities.