What Is #Edinburgh2050 And Why Is It Trending?

Today, September 27th 2016, is a day to remember. It marks the launch of 2050 Edinburgh City Vision – a revolutionary project that aims to develop a clear identity for Edinburgh by the year 2050. This initiative kicked off with a flurry of presentations and lectures from people across Scotland’s capital.

Courtesy Of This Is Edinburgh

Already, Edinburgh 2050 has sparked major discourse regarding the future of Edinburgh. Social media has exploded with hashtags surrounding this imperative cultural movement, the Tweets are coming in by the dozen, and tongues from locals are wagging. The city, so to speak, is buzzing.

Edinburgh has long been a hub of innovation and change. The 1980s saw a declining population, shifting economy, and major social health issues. Today, this place has an ever-growing population expanding at greater rates than any other major city in the UK. Additionally, Edinburgh is graced with a budding economy and relatively high quality of life. However, every rose has its thorns, and so with every ounce of progress comes inevitable challenges. Essentially, the aim of this visionary project is to tackle these changes head-on and become adaptable, as a means to create a perpetually prosperous city. 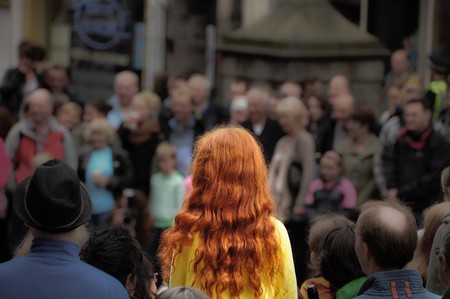 How is this to happen? First off, a crystal-clear vision of how Edinburgh will be in 2050 should surface. This vision will be conceived by reaching out to all members of society from businesses to public agencies, residents, and students alike. From there, engagement on the matter will heighten and long-term plans can be implemented (as opposed to more flippant short-term policies which lack results of transformative change).

This visionary undertaking will transpire in four phases. Today marks the project launch and Phase 1. Engagement and vision-building will be the focus of Phase 2 from October to December 2016. The actual drafting of the proposed vision will emerge from January to March 2017, and Phase 4’s final consultation is set to commence from April to July 2017. 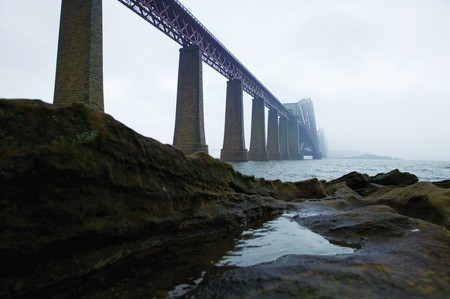 Forth Bridge | Courtesy Of This Is Edinburgh

In recent years, many cities across the world have formulated similar projects such as New York’s ‘A Strong And Just City’ project or the ‘World’s Greenest City’ plan in Vancouver. It is from cities such as these that the people of Edinburgh can draw inspiration and learn. Once a clear and promising vision has been established, new relationships may be formed, assumptions challenged, narratives evolved, and developments executed. Whatever the vision may be; there is a considerable amount of hope in store for the people, economy, and environment of Edinburgh.