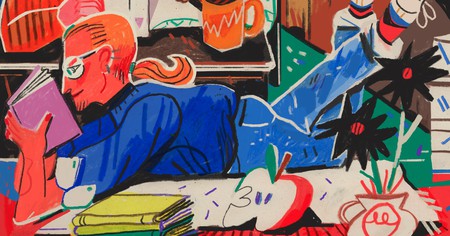 When Scotland’s first LGBTQ bookshop, Lavender Menace, opened in Edinburgh in 1982, founders Sigrid Neilson and Bob Orr didn’t think of themselves as pioneers. But from the titles that graced its shelves to the battles they fought over book seizures, the shop played an important role in shaping LGBTQ identity in socially conservative times.

The story of Scotland’s first LGBTQ bookshop began in Fire Island, a gay nightclub at the western end of Princes Street in Edinburgh. As revellers danced to 1980s disco hits, co-founders Sigrid Neilson and Bob Orr sold LGBTQ literature from the cloakroom under the name Lavender Books. “It was freezing,” Neilson says. “You could see your breath as you told people the prices. We used to sell books and then dance to keep warm.”

By 1982, the pair had their own bricks-and-mortar bookshop on Forth Street, which they renamed Lavender Menace after the radical lesbian feminist collective of the 1970s. The scene was still in its infancy – homosexuality had only been decriminalised in Scotland in 1980 – and, for many, buying a book was the first step towards discovering their identity. 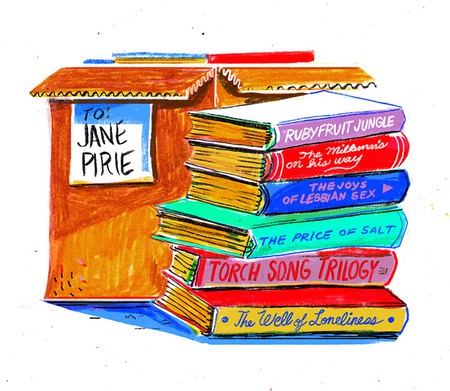 “Lesbian and gay books were really just getting started at the time. The first publishers had appeared in the mid-’70s. Before 1960, it was a pretty dangerous thing to even write an LGBTQ novel,” says Neilson. “The major contribution of the bookshop is that it brought a lot of people to their first gay venue and, in a sense, out of the closet for the first time.”

But it wasn’t easy. Her Majesty’s Custom and Excise paid unwelcome interest to what kind of literature was being imported from the United States. Lavender Menace and Gay’s the Word (the UK’s other pioneering LGBTQ bookshop, based in London) had vast quantities of their American stock impounded at the docks. “They were seizing completely innocent books,” says Neilson. “Gay’s the Word had a book seized that was written by a Medieval nun.”

Ever resourceful, the duo bypassed the seizures by changing the names on their deliveries and sending them to private addresses. “We used the names of two famous lesbians who lived in Edinburgh in the early 19th century: Miss Marianne Woods and Miss Jane Pirie,” Neilson says. “They figured it out eventually. I was just happy that their names should be remembered – even by customs men at the docks.”

Despite this official antagonism, community spirit was strong at the time. “We lived our own lives,” says Orr, “and we weren’t going to be put off by the more conservative views in the city.”

Lavender Menace was in Edinburgh’s Pink Triangle, its gay district, just around the corner from the Lesbian and Gay Community Centre on Broughton Street. “It seemed a wonderful thing to me, just to be out to so many people,” Neilson says. “And to go in and out of the bookshop every day past a sign that said ‘lesbian, gay and feminist books’; even ten years before, I would have been worried about that.”

Every August, during the Edinburgh Fringe, the shop would come alive with plays, skits and readings from international authors. A 1983 edition of bi-monthly magazine Gay Scotland details how, at one event, Lavender Menace was “so busy that some people had to sit under a table”. 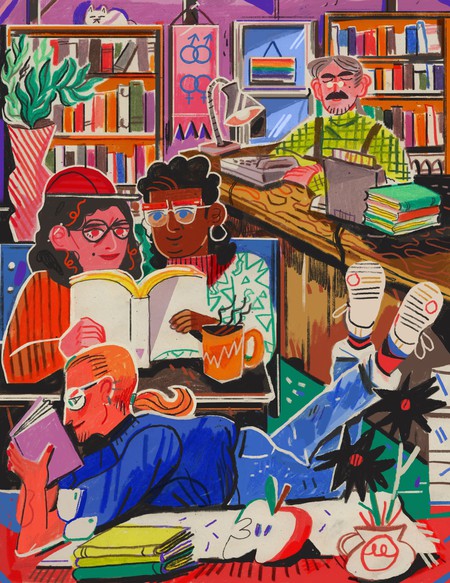 In 1987, Lavender Menace moved to Dundas Street and changed its name to West and Wilde. The following years were increasingly difficult. LGBTQ literature began to appear in mainstream bookshops such as Waterstones (a branch of which, coincidentally, opened in the premises of Fire Island) and the discounting of books became commonplace.

“The lesbian and gay section in Waterstones opened in the early ’90s,” Orr says. “That wasn’t helping, but, much more importantly, we just couldn’t afford to discount books, and, of course, Waterstones could. That undermined the idea of people coming to us first. And the internet was just beginning to take off as well.”

But the shop’s legacy is far from forgotten. Playwright James Ley immortalised its story in his 2017 historical romance Lovesong to Lavender Menace, which enjoyed sell-out runs at the Royal Lyceum and the Edinburgh Fringe. It’s returning for a second spell at the Lyceum in October 2019. “What I loved about the play, and what I didn’t think anyone who wasn’t around at that time could capture, was how he caught the craziness of it and the imagination behind it,” Neilson says.

The subsequent interest generated in Lavender Menace has prompted its return to Edinburgh in the form of a pop-up bookshop, Lavender Menace Returns, 22 years after it closed. For Neilson, it signals a new beginning. “Now, our long-term vision is for an LGBT digital library and archive. The memory of many early titles has disappeared. We’d like to make these titles available to the community.”