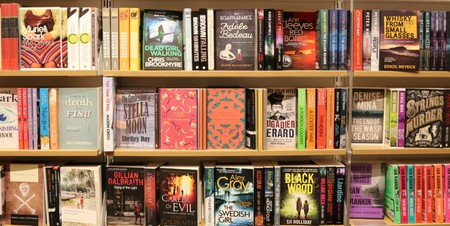 In the words of Alexander McCall Smith, ‘This city whispers: come, look at me, listen to the beating of my heart. I am the place you have seen in dreams, I am a stage for you to play upon. I am Edinburgh.’ As a celebrated literary hub and the world’s first UNESCO City of Literature, Edinburgh is overflowing with an abundance of great writers, stories and tales — all of which must be told. From the Edinburgh Scots dialect of Irvine Welsh to the iconic tales of Robert Louis Stevenson, discover some of the top recommended books featuring ‘Scotia’s darling seat’.

Pick up any of Ian Rankin’s novels and you will find that Edinburgh almost always makes a starring appearance. Dead Souls, the tenth novel featuring Inspector Rebus, is as thrilling as it is captivating. The book’s title refers to the Joy Division song and the 1842 book of the same name by Nikolai Gogal, and follows a missing persons case. The shenanigans kick off at Edinburgh Zoo.

‘…’New Town’: everywhere else in Scotland, it meant the likes of Glenrothes and Livingston, places built from nothing in the fifties and sixties. But in Edinburgh, the New Town dated back to the eighteenth century. That was about as new as the city liked things.’ – Dead Souls by Ian Rankin 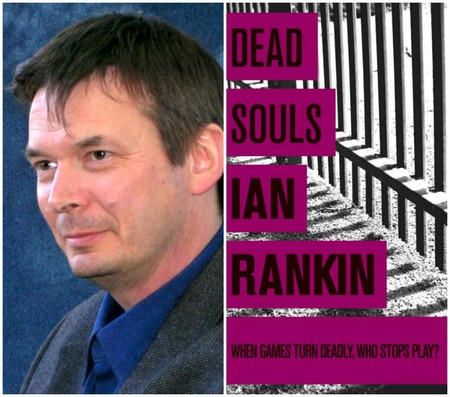 In true Irvine Welsh style, Marabou Stork Nightmares is dark, raw and at times, chilling. Written in his signature Edinburgh Scots dialect, this experimental novel is divided into two styles of being written partly in first person before a trippy account of an alternate present. The book follows the deepest darkest thoughts of Roy Strang, a sorry soul who began life in Leith amidst a dysfunctional family. Like in many of Welsh’s other novels, the character of Francis Begbie from Trainspotting makes an appearance. From a brutal rape and abuse to rave culture, football hooliganism, music and drugs, all of the usual Welsh themes can be found in this story.

‘A dirty, cold, wet, run-down slum; a city of dull, black tenements and crass concrete housing schemes which were populated by scruffs, but the town still somehow being run by snobs.’ – Marabou Stork Nightmares By Irvine Welsh 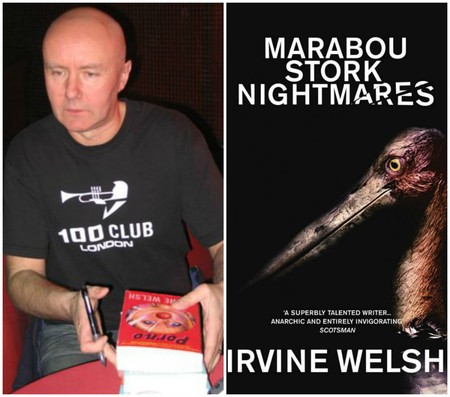 An undeniable classic, Frankenstein; Or, The Modern Prometheus by Mary Shelley is a tale that has been immortalised via the avenues of film, theatre and oral narratives. The story is of a scientist who dabbles in experiments and becomes the creator of a grotesque creature, Frankenstein, and is an early example of science fiction and a fusion of the Gothic and Romantic Movements.

‘The beauty and regularity of the new town of Edinburgh, its romantic castle and its environs, the most delightful in the world, Arthur’s Seat, St. Bernard’s Well, and the Pentland Hills compensated him for the change and filled him with cheerfulness and admiration.’ – Frankenstein by Mary Shelley 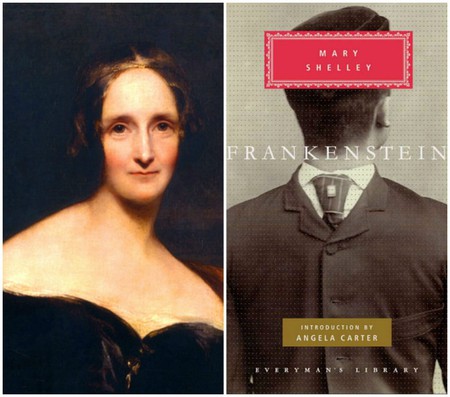 What was written and initially pinned as a ‘boys’ novel’ is actually a classic piece of literature that can be appreciated and critiqued by all ages and genders. Perhaps the most famous work by Scottish author Robert Louis Stevenson, Kidnapped is coined as a historical fiction adventure novel. From the House of Shaws in Cramond to adventures and friendship, Kidnapped is a must-read.

‘It was coming near noon when I passed in by the West Kirk and the Grassmarket into the streets of the capital. The huge height of the buildings, running up to ten and fifteen storeys, the narrow arched entries that continually vomited passengers, the wares of the merchants in their windows, the hubbub and endless stir, the foul smells and the fine clothes, and a hundred other particulars too small to mention, stuck me into a kind of stupor of surprise…’ – Kidnapped By Robert Louis Stevenson 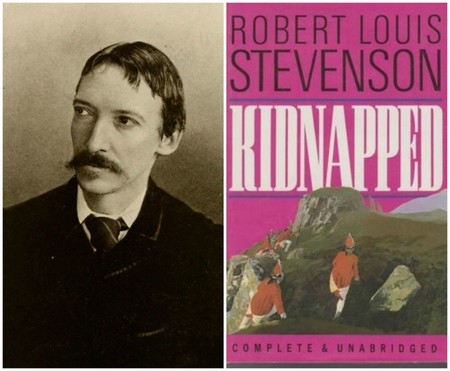 The Prime Of Miss Jean Brodie By Muriel Spark

The one that consistently puts Muriel Spark on the map, The Prime Of Miss Jean Brodie was voted by TIME Magazine as ‘One Of The Hundred Best English-Language Novels From 1923 To Present’ and #76 on the Modern Library’s list of the ‘100 Best English-Language Novels Of The 20th Century’. A clever unfolding of plots and strategic use of prolepsis, Spark’s novel is set in 1930s Edinburgh. It follows Miss Jean Brodie, a teacher in her ‘prime’, the captivating relationships formed amongst her pupils, invaluable life lessons and the gripping secrets divulged.

‘With its tattered blood-stained banners of the past. Sandy had not been there, and did not want to go. The outskirts of old Edinburgh churches frightened her, they were of such dark stone, like presences against the colour of the castle rock, and were built so warningly with their upraised fingers.’ – The Prime Of Miss Jean Brodie By Muriel Spark 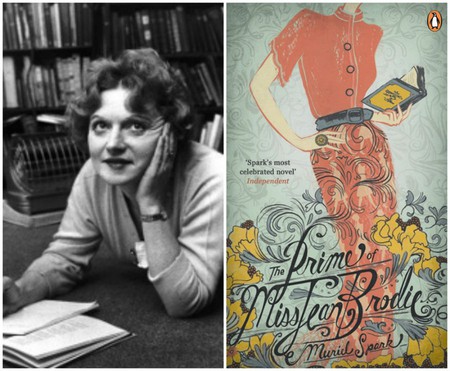 There is nothing like kicking things off with a bang! Trainspotting, the first novel written through the collection of short stories by Irvine Welsh, is set in Edinburgh during the late 1980s and follows the shocking yet humanizing accounts of a group of residents and acquaintances in Leith. Drug addiction is rife and the consequences abhorrent in this story. A commentary on society, Trainspotting has a cult following, which only expanded to new heights after the release of Danny Boyle’s film adaptation. All in all, this is a definite must-read for budding bookworms interested in delving deep into a world where heroin has its victims running around like puppets.

‘Ah remember walkin’ along Princes Street wi Spud, we both hate walkin’ along that hideous street, deadened by tourists and shoppers, the twin curses ay modern capitalism. Ah looked up at the castle and thought, it’s just another building tae us. It registers in oor heids just like the British Home Stores or Virgin Records. We were heading tae these places oan a shoplifting spree. But when ye come back oot ay Waverley Station eftir bein away fir a bit, ye think: Hi this isnae bad’. – Trainspotting by Irvine Welsh 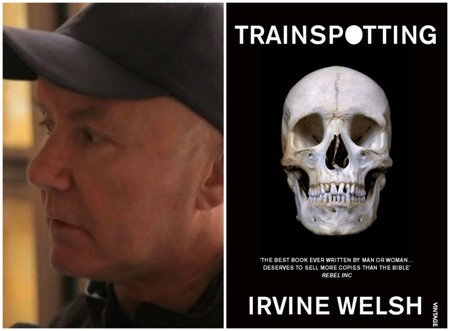 44 Scotland Street by Alexander McCall Smith, the brainchild behind The No.1 Ladies’ Detective Agency, is a clever episodic novel. From a gap year student and her narcissistic flatmate to an opinionated anthropologist and more, the novel follows Pat, who lives in the New Town at 44 Scotland Street. With mixed reviews and an admirable bash at humor, this book is an acquired taste; however, this author has a knack for creating characters riddled with personality who waltz straight off the pages and into your mind.

‘Thus do epiphanies come in Scotland Street, as elsewhere in Edinburgh; across the tops of roofs, from an empty sky, when the city’s fragile beauty can touch the heart so profoundly, so unexpectedly.’ – 44 Scotland Street Alexander McCall Smith 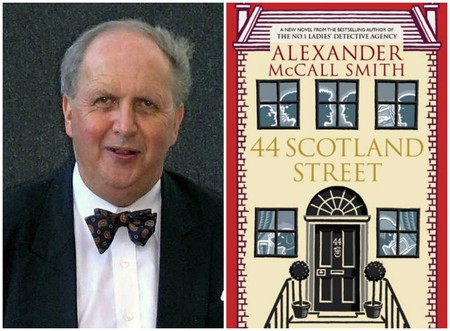