The Top Things to Do and See at Fort William, Ben Nevis 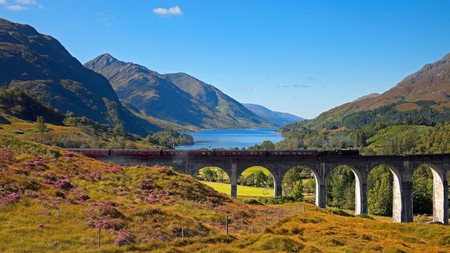 With some of the most beautiful natural landscapes in the world, Fort William, Scotland, is a great place for scenic walks and to visit historic landmarks such as Old Inverlochy Castle or the Commando Monument. Adventurous travellers can try their hand at climbing Ben Nevis, the tallest mountain in the UK. Culture Trip narrows down the top things to do and see in the area.

Looking for the whole package? Join our four-day mini group adventure to Fort William to experience the Scottish Highlands in winter – a chilly but rewarding time to visit if stunning snow-capped landscapes, warm and cosy retreats, and original action-packed itineraries sound like your idea of a holiday. 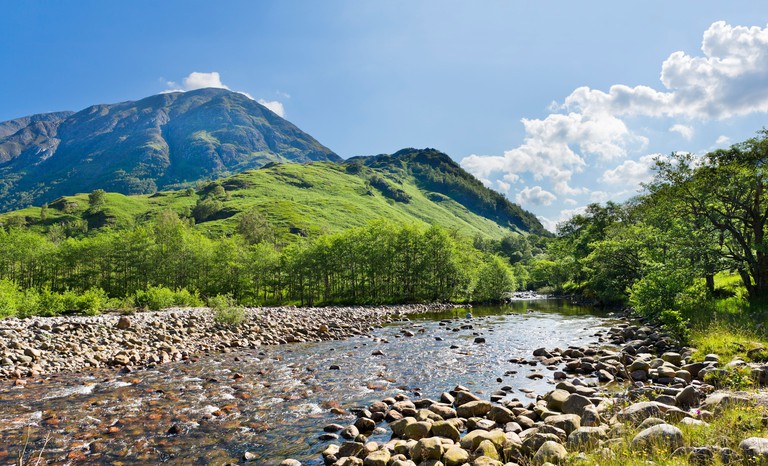 © Ian Dagnall / Alamy Stock Photo
The tallest mountain in the British Isles, Ben Nevis provides walks, ice climbs, rock climbs and scrambles for people of all abilities. The summit is the collapsed dome of an ancient volcano. The ruins of an observatory from the late 19th century can be seen from the top. Ben Nevis’s climate can often be cloudy and cool, so it is important to bring appropriate clothing and equipment if you’re hoping to get to the summit.

Steall Falls and the Nevis Gorge

Known as one of the best short walks in Scotland, the walk leads through the dramatic gorge and ends at the spectacular Steall Falls, Scotland’s second-highest waterfall at 394ft (120m) tall. The path through the gorge is clear and well-walked, but it is rocky so good footwear is essential. The walk takes around two hours, at just over 2mi (3km). 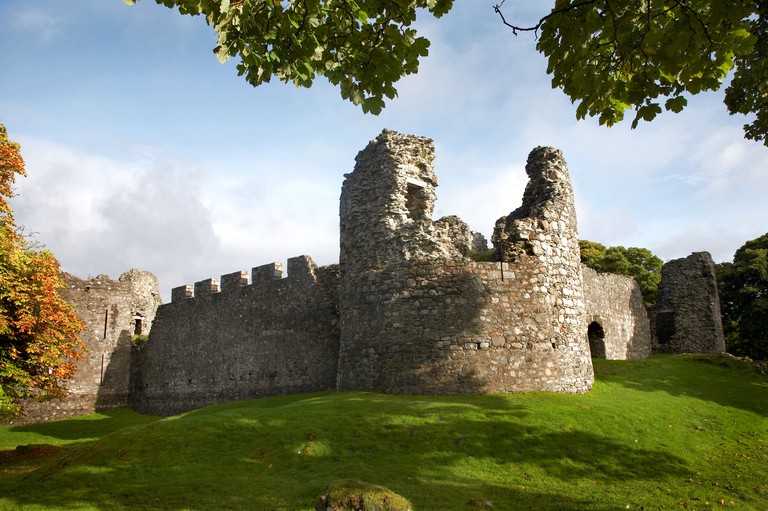 © Loop Images Ltd / Alamy Stock Photo
Not to be confused with the 19th-century Inverlochy Castle Hotel, the Old Inverlochy Castle is a 13th-century castle on the bank of River Lochy. The castle is now a ruin, but it was once one of the most important castles in Scotland and is still a spectacular sight to behold. There is the Old Military Road which goes past the castle directly to Fort William. The area is beautiful and provides wonderful walking routes.

Established in 1825, the Ben Nevis Distillery is one of the oldest in Scotland. Situated at the foot of the imposing Ben Nevis, the distillery is steeped in history and majesty. The distillery has won a Green Tourism Award (silver) for its efforts to support sustainable tourism. The tour includes a video experience, a guided tour of the distillery and a tasting session for those over 18.

The Commando Monument is a Category A listed monument as a result of its historical importance. It was unveiled in 1952 by the Queen Mother and has been almost completely unaltered since then, with only a plaque added years later. It sits in a spectacular location, with views of Ben Nevis and Aonach Mòr. There is a war memorial path connecting the Commando Monument and the local High Bridge, where the first shots were fired in the Jacobite Rising of 1745.

Kayaking, white water rafting and canoeing are popular water sports in the rivers, lochs and the Great Glen Canoe Trail in the Fort William area. Visitors can also go diving in shipwrecks or other interesting dive sites, for example in Lochaber, where there are dives for experienced divers as well as more inexperienced. Sailing on the calm lochs is also recommended for those who prefer to stay dry. The beautiful scenic area around Fort William makes it the perfect area to be outside for any kind of water sport.

Voted the most scenic railway line in the world for two years running, the West Highland Line links Mallaig and Oban in the highlands with Glasgow in Central Scotland. From May until October, a steam train travels along the track between Fort William and Mallaig. There is usually only one train a day but this is increased to two during peak season. From Fort William, the train follows the bank of Loch Eil until it reaches the iconic Glenfinnan Viaduct, which fans should recognise from the Harry Potter films.

Architectural Landmark
Facebook
Email
Twitter
Pinterest
Copy link
Share
A feat of incredible engineering, Neptune’s Staircase is a series of eight locks along the Caledonian Canal, built by Thomas Telford between 1803 and 1822. It is the longest staircase lock in Britain and can lift boats up to 64ft (18m) high. It is a wonderful, yet easy walk along the canal from the bottom lock to the top. You will see the gates and some splendid boats. Morning is the best time to go as it will be peaceful and quiet.

Creag Meagaidh National Nature Reserve is a botanist’s dream with rare mountain plants like woolly willow and Highland saxifrage as far as the eye can see. The nature reserve consists of a mixture of woodland and open moorland, which is the perfect habitat for the wild black grouse which live there. In the woods, visitors can see many deer, chaffinches, willow warblers and tree pipits, as well as some native birch trees. The reserve is currently attempting to rejuvenate the birch forest which once covered the lower slopes of the nature reserve.

Museum
Facebook
Email
Twitter
Pinterest
Copy link
Share
In the high street of Fort Willam’s historic centre, the West Highland Museum tells the story of the local area through artefacts and information on Bonnie Prince Charlie and the Jacobite cause, as well as lesser-known aspects of the local history. It is one of the oldest museums in the highlands, founded in 1922 with no building to store the collections in. In 1926, the present building was bought by a former branch of the British Linen Bank.

For those who have the stamina, the Great Glen Cycle route runs all the way from Fort William to Inverness, a 73mi (117km) route that takes around three days to fully complete, with some astonishing scenery along the way. For those seeking something a little easier, the path can be travelled partway, as far as Loch Lochy, whilst off-roading routes are ideal for anyone feeling a little bit braver (be sure to rent or bring a mountain bike for this though).

There are many ways to experience the majesty of the Ben Nevis mountain range, and water is most certainly one of them. The Crannog Cruise tour sees visitors boarding the 1948 Souters Lass and taking it across Loch Linnhe, which sits in the shadow of Britain’s highest peak. As well as offering amazing scenery, there’s a very good chance you’ll see seals, dolphins and even porpoises during the journey, as well as learning plenty about the history and geology of the area, possibly over a beer or warm cup of tea.