In order to make it into Makars’ Court in Edinburgh, you have to be two things: deceased and Scottish. This courtyard is an ongoing national literary monument filled with flagstones commemorating the greatest Scottish writers. The word ‘makar’ in Scots terms refers to the most deftly skilled poets, writers and purveyors of words. Situated outside the Writers’ Museum and a part of Lady Stair’s Close, bookworms can scour the stones for a flurry of profound quotes, which are presented in past and present languages from Gaelic to English, Scots, and Latin. Here are 10 of the many writers commemorated.

Robert Burns – Scotland’s national bard and beloved poet – will forever be immortalised through his works. A pioneer of the Romantic Movement, this prominent poet also helped influence the founders of liberalism and socialism with his musings. Famous for his uncanny way with words, poetry and songs, this literary king made history every time he put pen to paper. Popular works include Auld Lang Syne, Tam o’Shanter, To A Mouse, To A Louse, and Ae Fond Kiss. The Scottish public voted Burns the greatest Scot in 2009.

‘Man to man the world o’er, Shall brithers be for a that’ 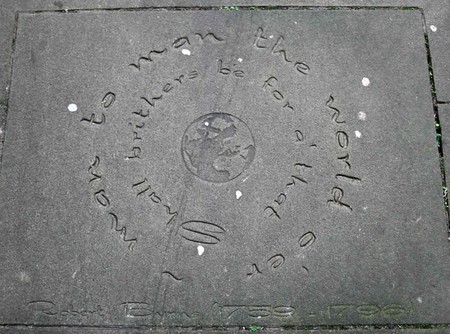 A historical novelist, playwright and poet, the literary works of Sir Walter Scott are still celebrated by contemporary readers across the globe today. Many of them are considered classics in both English-language and Scots literature. The most famous of his works are Ivanhoe, Rob Roy, Old Mortality, The Lady of the Lake, Waverley, The Heart of Midlothian, and The Bride of Lammermoor. An advocate, judge and legal administrator by trade, this Scot was also deeply involved in politics too. 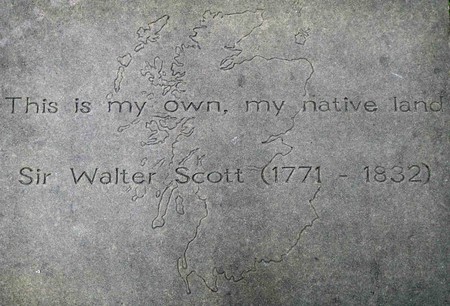 Among the most celebrated Scottish writers, Robert Louis Stevenson is responsible for literary classics like Treasure Island, Kidnapped, Strange Case of Dr Jekyll and Mr Hyde and A Child’s Garden of Verses. It is no surprise that he is one of the 26 most translated authors in the world. The son of a lighthouse engineer, this Edinburgh-born writer had a way with words like no other, a vivid imagination, and a penchant for travelling and exploring. Today, his works still transport readers to a far-away land.

‘There are no stars so lovely as Edinburgh street-lamps’ 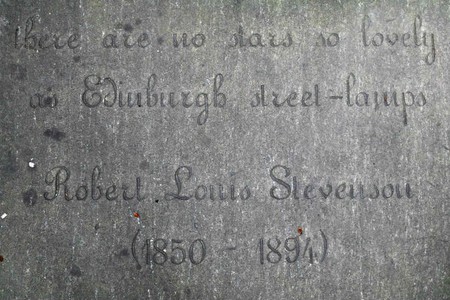 Muriel Spark can still light up a room with her words. This Scottish novelist was titled a baronet and thus became ‘Dame.’ During WWII, Spark, who was born in Edinburgh to an engineer, worked in Intelligence. In 1957, The Comforters, her first novel and featuring a strong Catholic presence, was published. Perhaps the most famous of Spark’s works, however, is the iconic coming-of-age tale The Prime Of Miss Jean Brodie. In 2008, The Times newspaper ranked Spark number eight out of the Top 50 Greatest British Writers Since 1945.

‘The Transfiguration of the Commonplace’ 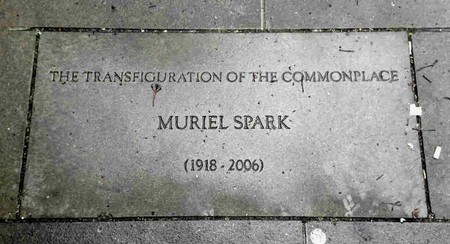 Robert Fergusson was a fine Scottish poet. Although he received a high-quality education at the University of St Andrews, this word crafter was quite the bohemian. Fergusson was born in Edinburgh but lived a short life. Despite this, he had a successful career and alternated between writing in Scots-English and Scots. It is well known that Robert Burns had high regard for Fergusson. 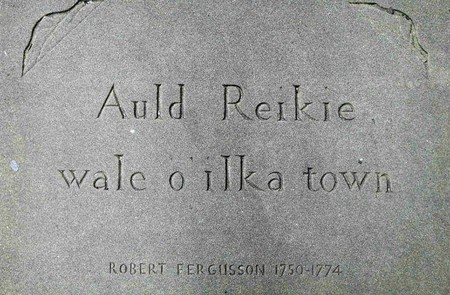 An early Scottish Modernist writer, Nan or Anna Shepherd is celebrated for her three novels, all of which were set in fictional communities of Scotland. Her non-fiction book, The Living Mountain, is a must for outdoor lovers, nature enthusiasts and adventurous spirits – notions of trekking through the romantic terrain of the Scottish Highlands spring to life from her words. Shepherd was also a poet. The weather elements, landscapes, terrain and nature of Scotland were major recurring themes throughout her work.

‘Its a grand thing to get leave to live’ 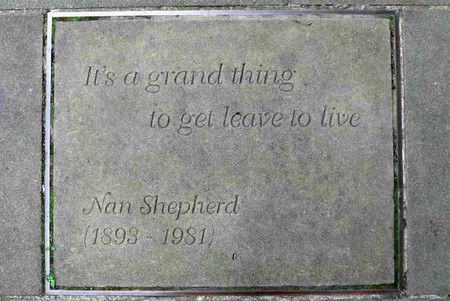 The great Glaswegian born Nigel Tranter was a brilliant historian. He certainly knew his castles, and produced meticulously researched historical novels documenting centuries of Scottish history. Unsurprisingly, Tranter was granted an OBE (Order of the British Empire) for his outstanding contribution to society.

‘You intend to bide here? To be sure. Can you think of anywhere better?’ 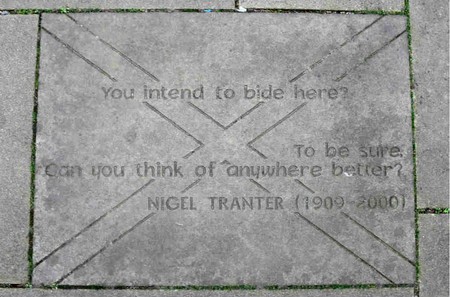 Like the quote inscribed in Makars’ Court, Helen Cruickshank’s spirit certainly endures forever. Cruickshank was a talented Scottish poet and suffragette. A true icon of the Scottish Renaissance, many writers from the movement would flock to her abode for riveting discussions. The glens of her childhood wanderings present themselves perfectly in her poetry, while the majority of her work is in Lowland Scots. Shy Geordie is her most recognised poem.

‘The spirit endures for ever’ 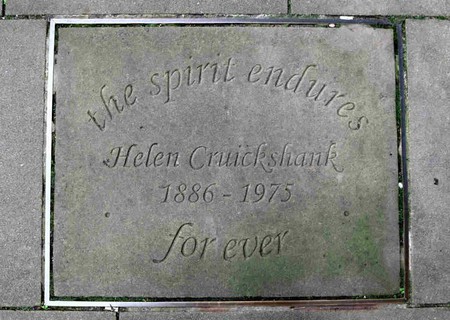 A soldier, senior civil servant, and writer, James Allan Ford CBE MC was born in Fife and brought up in Edinburgh. Ford, who became a prisoner of war when Hong Kong was taken by Japan, received a military cross. During the 1980s, he was the president of the Scottish PEN writers’ association and a trustee of the National Library of Scotland. From the 1960s to the 1970s, Ford wrote five novels. Admirably, the first two addressed wartime issues.

‘Sing out the silence, fill for ever and ever the emptiness’ 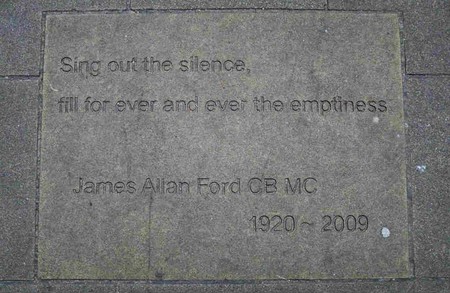 Known for her poetry presented in the Scots language, Violet Jacob received widespread recognition for her historical novel Flemington. Jacob spent some time in India, about which she wrote her book Diaries and Letters From India 1895-1900. This literary lady has been linked with Scots revivalists such as Alexander Gray and Marion Angus in the Scottish Renaissance. As opposed to favouring Robert Burns, they sought inspiration from early Scots poets like William Dunbar and Robert Henryson. 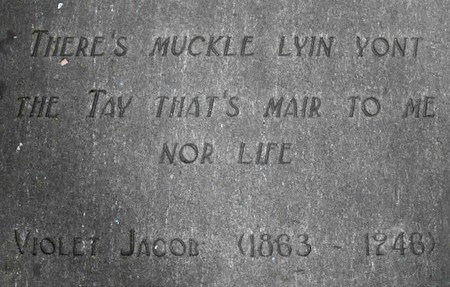