The Top 10 Female Golfers from Scotland to Know 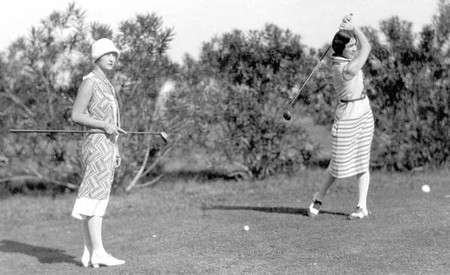 Though played the world over, the game of golf remains indelibly shaped by its Scottish origins. The eighteen holes in a standard round are, for instance, carried over from the number of holes on the Old Course at St Andrews, the oldest golf course in the world. One tradition that has unfortunately also continued into the modern era, however, has been the sport’s virulent discrimination against its female players. 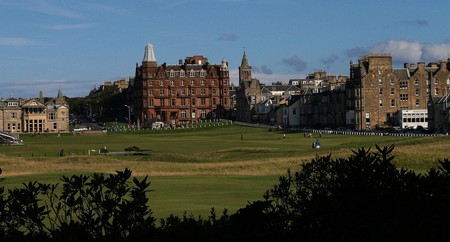 Women were barred from most clubhouses until the 20th century, with the unspoken understanding that golf was for ‘gentlemen only, ladies forbidden’. Though many strides have been made since then, women players still struggle to be taken seriously. In 2014, the Royal & Ancient Golf Club of St Andrews decided to allow female members into its club, after a mere 260 years. And in late 2017, the Honourable Company of Edinburgh Golfers finally decided they would do the same – but only after the R&A banned them from hosting the Open Championship if they should continue their discriminatory practices.

And so, in celebration of equality in sport and elsewhere, read on and learn about 10 Scottish women golfers who have dominated the sport in spite of the odds stacked against them.

The first woman to create a stir on the international golf scene, Dorothy Campbell won 11 national titles in total, in a career spanning America, Canada, Scotland and England. Born in North Berwick in 1883, she began playing at the tender age of 18 months, and cultivated her talents at the town’s famous links. When she won the American title at 41 years old, she became – and remains – the championship’s oldest winner, and also broke the record for fewest putts in 18 holes. 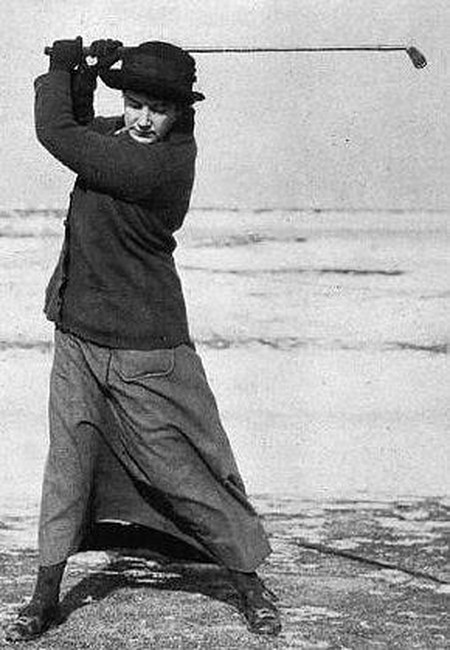 A founding member of the Ladies’ European Tour, Catherine Panton-Lewis represented Great Britain and Ireland at the Espirito Santo Trophy in 1976, and was named Scottish Sportswoman of the Year. After turning professional in 1978, she went on to win 14 tournaments in the LET, and won the tour’s first Order of Merit. Panton-Lewis later played on the LPGA Tour in the mid-1980s, and has also participated in events on the Legends Tour, including the first annual Handa Cup in 2006.

Born in Lenzie, Moira Milton was working as a 28-year-old gym teacher in Kirkintilloch when she won the Ladies British Open in 1952 in a seven-hour match – the longest British final on record – in spite of a back injury sustained earlier in the tournament. She later led the British and Irish team to their first victory at the Curtis Cup that same year at Muirfield. Her career toured her throughout the UK, South Africa and Australia. 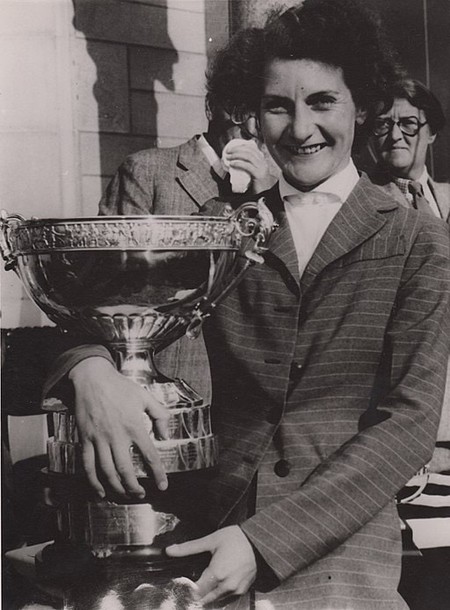 One of the most decorated golfers in the history of the Ladies European Tour, Dale Reid has won 21 tournament victories and was awarded the Order of Merit in 1984 and 1987. She also represented Europe in the Solheim Cups from 1990–1996, and was their non-playing captain in 2000 and 2002. After guiding her team to victory in 2000, she was named an Officer of the British Empire by the Queen for her contributions to the sport.

Edinburgh-born Catriona Matthew began her professional career in 1994, after an illustrious amateur career that saw her capture the British Amateur title in 1993. She joined the Europe team for the Solheim Cup in 2003, gaining the winning point, and represented Scotland at the 2005 and 2006 Women’s World Cup of Golf with Janice Moodie. Matthew also became the first player from Scotland to win a major women’s golf tournament when she won the Ricoh Women’s British Open in 2009. She has also won four LPGA titles, and will be the captain of the Solheim Cup in 2019. 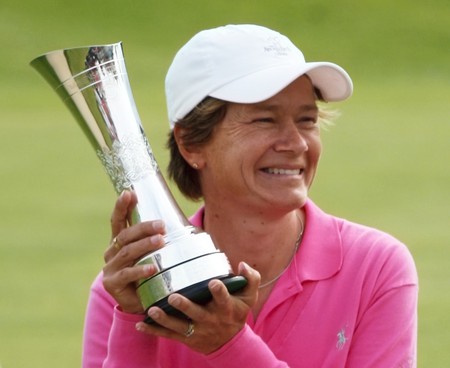 Glasgow’s Janice Moodie began playing at the age of 11, and persevered in her ambitions whilst caring for her mother and working several jobs during this early age. She won the 1992 Scottish Women’s Strokeplay Championship while an amateur, and represented Great Britain and Ireland in their victorious 1994 Curtis Cup match. She’s won two LPGA titles, and represented Scotland at the Women’s World Cup of Gold in 2005 and 2006 with Catriona Matthew. 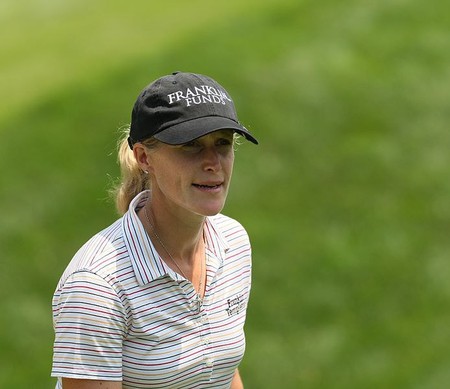 Born in Dundee, Kathryn Imrie represented Great Britain and Ireland at the 1990 Curtis Cup, and held five course records in Scotland during her amateur career, including the famous Carnoustie Links. She moved to the USA to play collegiate golf at the University of Arizona, where she was named an All-American in 1989. She won the Jamie Farr Toledo Classic in 1995, and played for the European team at the 1996 Solheim Cup. She is now the Assistant Professional at Stanford University’s golf programme. 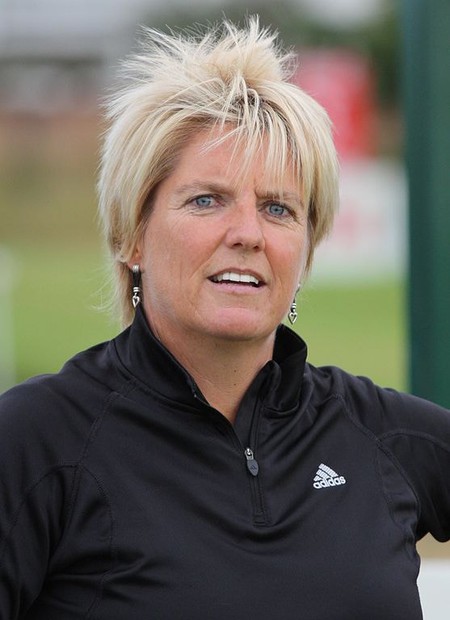 Mhairi McKay was the first international player to be offered a golf scholarship at Stanford University, where she was the classmate of Tiger Woods and was awarded All-American honours from 1994 to 1997. She’s won second place at the LPGA three times, and won the Women’s Australian Open in 2003. She is also only one of three women to achieve a course score of 67 at the St Andrew’s Old Course. 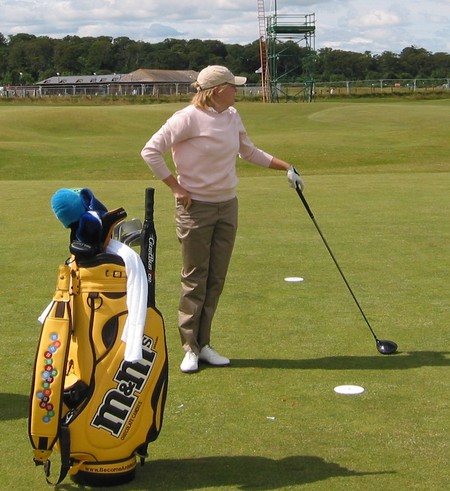 After representing Great Britain and Ireland at the Vagliano Trophy in 2009, Kylie Walker turned professional and finished in the top 10 twice during her rookie season at the Ladies European Tour. Walker won her first professional tournament in 2014, when she placed first at the Renault Ladies Pro-Am in Australia. She would subsequently also secure two victories at the LET, at the Dutch Ladies Open and the Ladies German Open.

At the age of 17, Carly Booth became the youngest-ever Scottish player to qualify for the Ladies European Tour in 2009. Hailed as a golf prodigy, she competed at the Ladies Scottish Open at the age of 14, and was ranked number one in the juniors category after winning the European Junior Masters in 2007. The next year, she became the youngest player to represent Great Britain and Ireland at the Curtis Cup. She’s won two competitions at the Ladies European Tour to date, and represented Europe at The Queen’s in 2017. 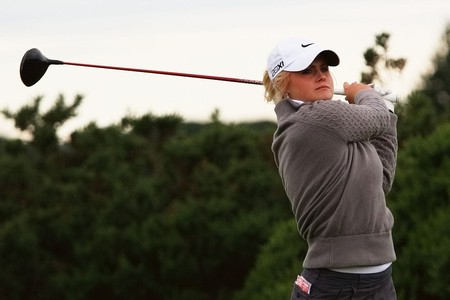