The Story Behind the Westray Wife 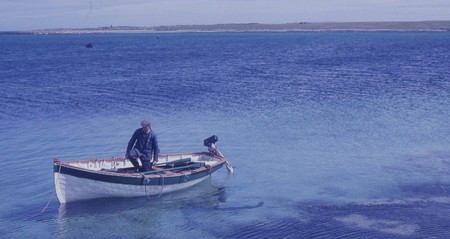 Scattered amongst Orkney’s wild and beautiful landscapes are a surplus of ancient relics and structures dating back thousands of years. One particularly special finding is the Orkney Venus, fondly referred to as the ‘Westray Wife’ by locals. A momentous discovery, this unassuming object is the very first Neolithic carving of a human figure ever found in Scotland.

Unearthed in 2009 at the Links of Noltland on the Orkney island of Westray, the Orkney Venus is a small sandstone carving found during an archaeological dig for Historic Scotland. Standing at about four centimetres tall and thought to be around 5,000 years old, the figure features a human face with two wee dots for eyes, an oblong-shaped nose and remarkably heavy brows. 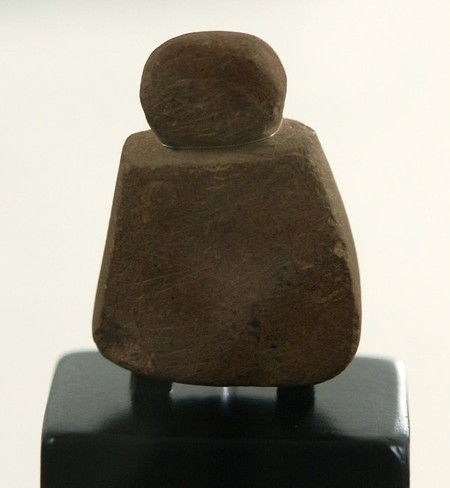 Experts noted similar eyebrow motif carvings in a chambered cairn on the Holm of Papa. The similarities could be pure coincidence, just as they may be linked in some shape or form. For instance, it might have been the same carver who created both carvings, hence the uncanny brow resemblance.

Immediate thoughts revealed that the Westray Wife is a depiction of a female, due to the two circles for breasts imprinted on the chest area. However, later down the road, some divulged that although it is most likely a woman figure, there is a slight chance that the breasts are actually supposed to be part of the attire.

The Westray Wife also has arms in the form of etchings carved onto the sides and crisscrossing marks on the back thought to represent some sort of garment or fabric. This remarkable figure holds certain similarities to a Venus figurine. The term is applied to any ancient or specifically Upper Paleolithic statuette of a woman found across Europe and further afar. They typically host tiny heads, wide rounded hips, accentuated breasts, tapering thighs and sometimes a vulva. Their cultural significance is shrouded in mystery. 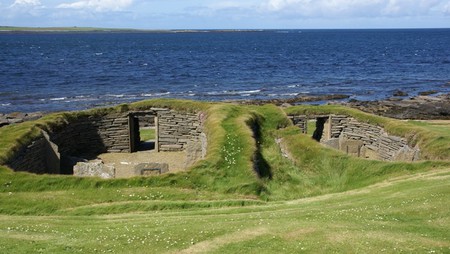 As far as the Orkney Venus and her affectionate nickname go, the word ‘wife’ is used across the Orkney Islands as a generic term for the word ‘woman’, regardless of her marital status. So, the Westray Wife translates as a woman from Westray. When it comes to her purpose, the truth may never be known. Some insist she was a pendant of sorts, while others speculate she was crafted for religious purposes. One certainty is that she remained concealed amidst the Westray landscape for around 5,000 years. 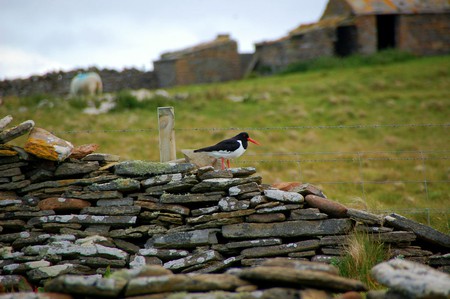 If one wife wasn’t exciting enough, a second human figurine of similar size was discovered in 2010 at the very same site. Made from clay, this one emerged with a triangle-covered front and a hole punched in the centre of its stomach. However, it was also headless when found. A third figurine revealed itself in 2012, and numerous small clay balls (believed to be the missing heads) were also found in the area.

The Westray Wife may be small in stature, but her significance is of vast international importance and cannot be measured. Along with the Heart of Neolithic Orkney (which includes the Neolithic settlement Skara Brae and chambered cairn Maeshowe), this extraordinary carving of an early human is one of the few tangible reminders about Scotland’s past that once was. Her story, however, may never be fully known. 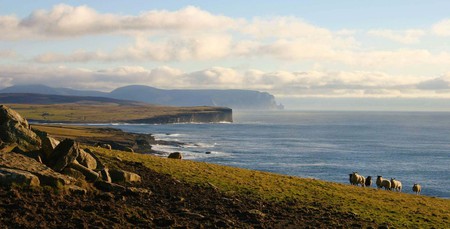 Thinking about Orkney? Did you know that Westray is home to the world’s shortest commercial flight?