The Most Stunning Mountains And Hills In Scotland

Standing atop a mountain or hill, although vertigo-inducing, is medicine to the mind and soul. Looking at matters from a different perspective invites a flurry of emotions. Whether a hiker, walker, writer, musician, wanderer, romantic, or earth-bound misfit in love with the sky, words can barely describe the beauty that engulfs the picture perfect mountains of Scotland. May these 10 spark your daily epiphany.

Climbers call it The Buachaille. Others refer to it as Heaven. Buachaille Etive Mòr means ‘the great herdsman of Etive’ and is one of the most recognisable mountains in Scotland, with its pyramid form and postcard perfect aesthetics. The River Etive guards this mountain as it circles around it, while the four principal tops make the ridge.

Ben Nevis is the highest of all mountains in the British Isles. Standing tall at the end of the Grampian Mountains in the Lochaber vicinity, this hill of magnitude attracts strings of eager outdoor folk each year, all chomping at the bit to step foot in such a breathtaking setting. At 2,300 ft, the north facing cliffs are some of the tallest in Scotland. Feel the butterflies as the enchanting gaze of Ben Nevis commandeers your thoughts.

To the north of Glen Coe sits the rocky ridge of Aonach Eagach. This riveting ridge continues for 10km and is perfect for an arduous and rocky adventure. As dangerous as the slopes and terrain may be, the view is worth the risk. 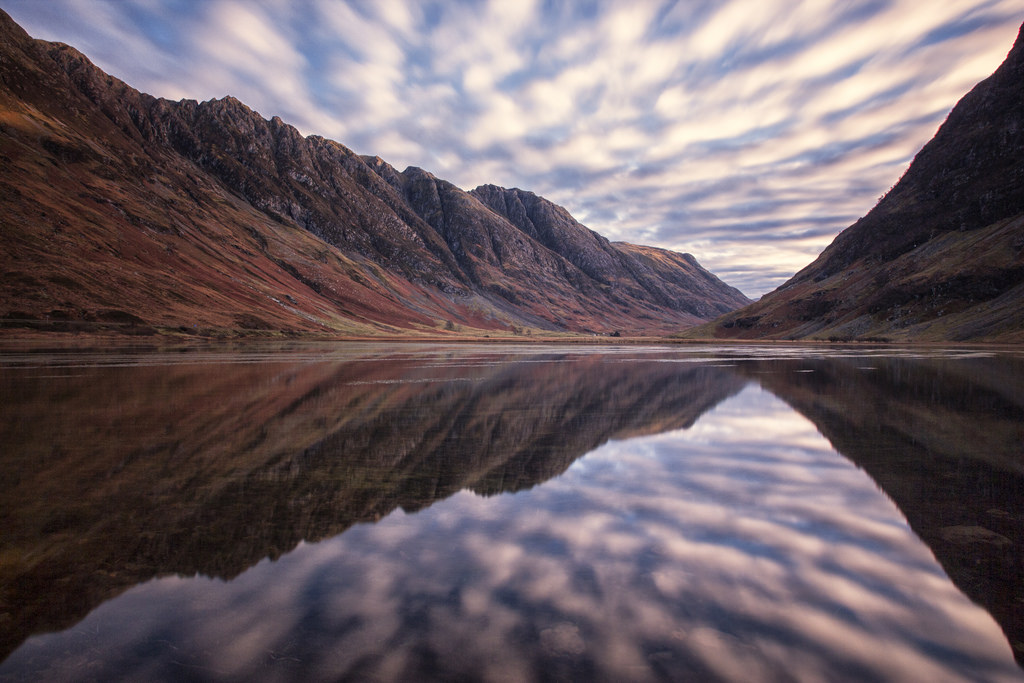 Natural Feature
View over Loch Scavaig towards the Island of Rum from the summit of Sgurr na Stri on the Isle of Skye, Scotland | © Stewart Smith / Alamy Stock Photo
Yet another jewel to come from the Isle of Skye, Squrr na Stri is hauntingly alluring and menacingly handsome. Many stay true to the thought that this marks the spot as the most enchanting viewpoint in the United Kingdom.
More Info
Open In Google Maps
Isle of Skye, Scotland, IV49 9AX, United Kingdom
View menu
Visit website
Visit Facebook page
Send an Email
Give us feedback

Head for the Highlands and experience Stac Pollaidh. One for the climbing bucket list, ascend towards the sky and witness the plethora of pinnacles and the adrenaline sparking ridge. 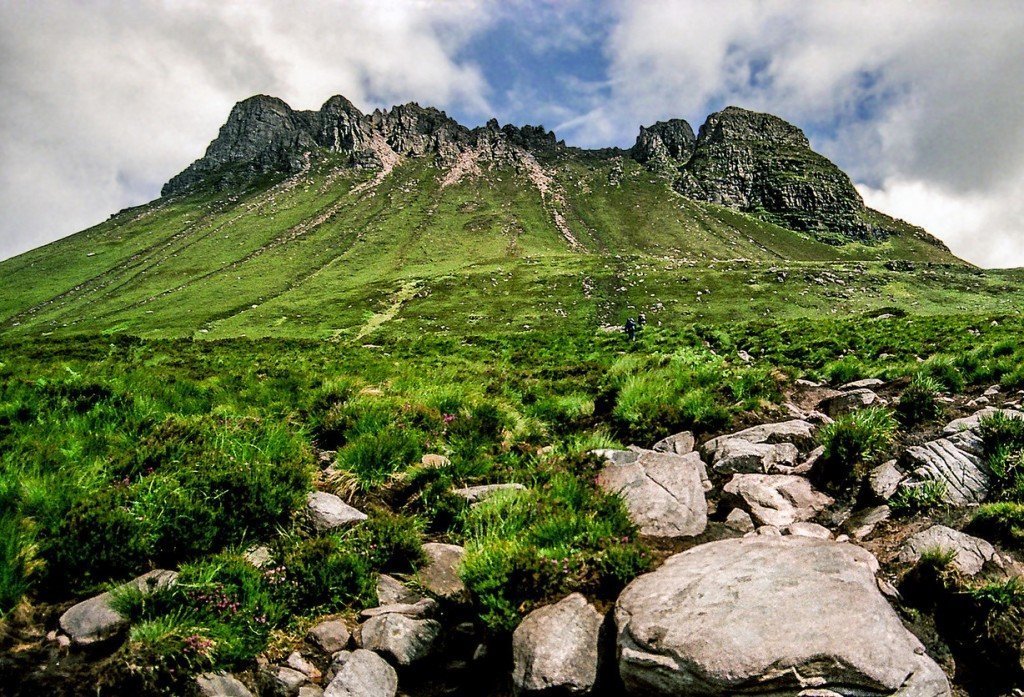 Ben A’an, a mini mountain near Loch Katrine and Loch Achray in the Trossachs, is a sight for sore eyes. Scramble up this great lump of rock and experience the most magical Scottish sunset. Consider the incandescent rays of light divine intervention. 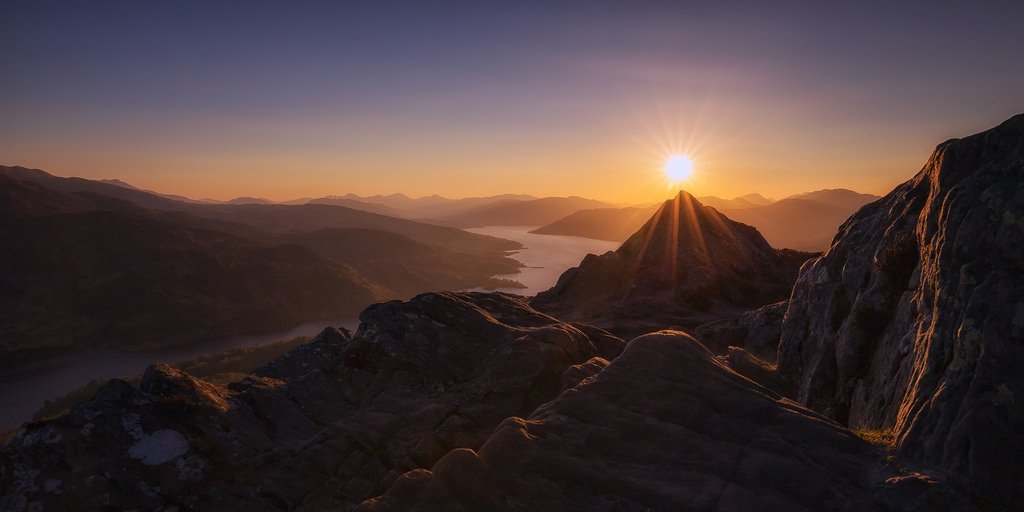 Natural Feature
Suilven a wonderfully shaped mountain in Sutherland, Northwest Highlands of Scotland. | © Derek Beattie Images / Alamy Stock Photo
Some see a pillar, others a pyramid. Either way, Suilven steals the show as one of the most distinctive and truly stunning Scottish mountains. Situated in the west of Sutherland, Suilven stands like a tower casting its ambiguous shadow across the bogs, moorland, and lochans on Inverpolly National Nature Reserve.
More Info
Open In Google Maps
Lairg, Scotland, IV27 4LW, United Kingdom
View menu
Visit website
Visit Facebook page
Send an Email
Give us feedback

Another jewel to lurk in the Trossachs, the summit of Ben Venue is near Loch Katrine. This mountain is a most popular walking spot and sports two summits just a slither apart. Look out for the goblins, who have been frequenting this area for centuries, and marvel at the whispy scoops of ice cream like mist garnishing the sky and mountain.

Near the eastern shore of lively Loch Lomond, Ben Lomond is the most southern munro. One snippet of this natural wonder is a lifetime’s worth of therapy. The Gaelic ‘Beinn Laomainn’ translates as ‘Beacon Mountain’. Consider this beauty a beacon of good times ahead. 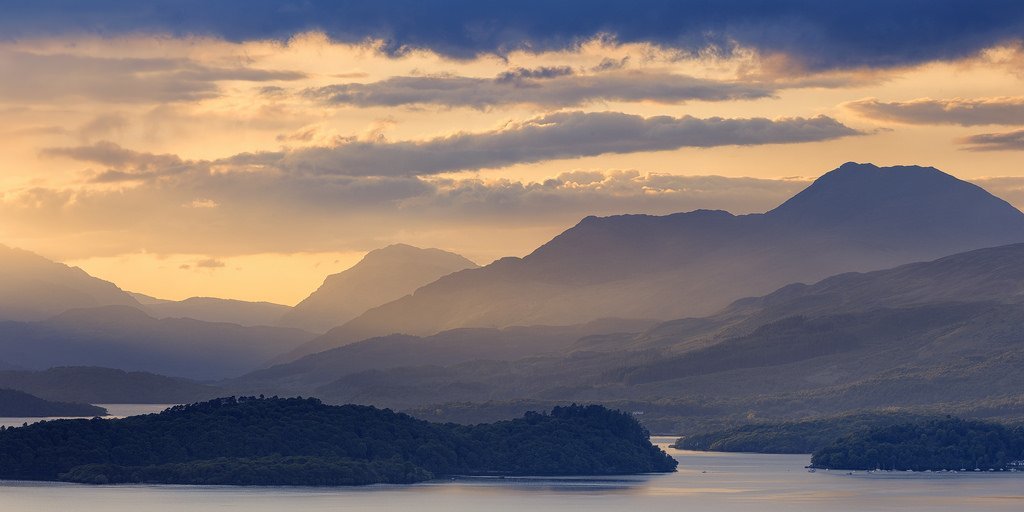 The unwavering majesty of The Storr could make a poet out of anyone. Then again, so could any hill on the Isle of Skye. From grassy slopes to rocky ridges and panoramic views, mountain-goers will want to move in with the fairies and forever reside in this enchanting place. The sight of the Old Man of Storr, Black Cuillins, and Red Cuillins are Kodak worthy to the core. 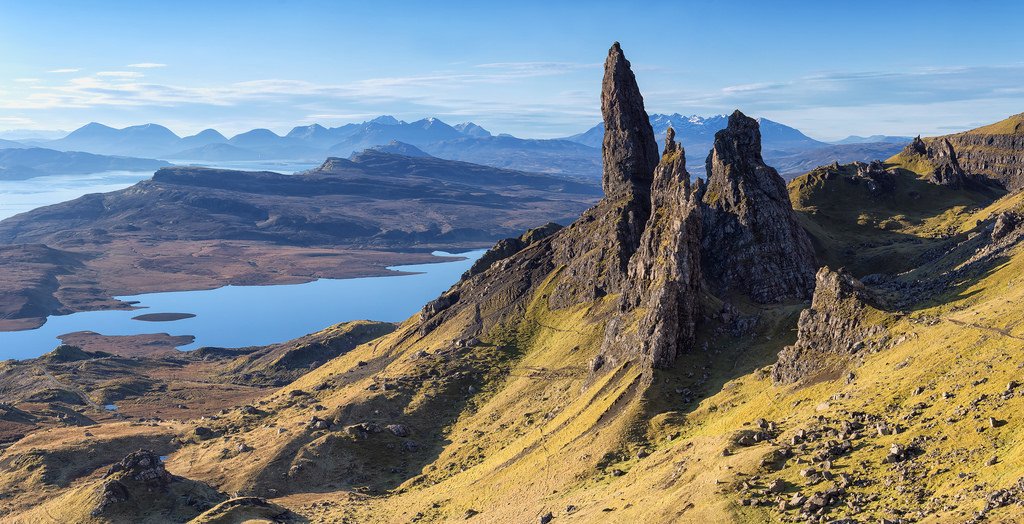