The Hogwarts Express Is Real, Here's How You Can Jump on Board 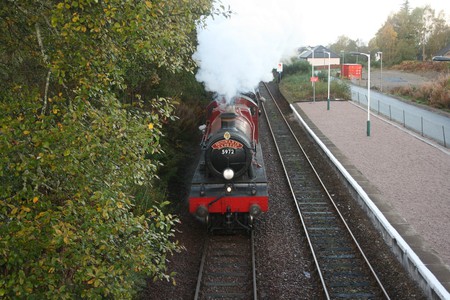 Whether you are a Harry Potter fan or simply like the idea of travelling aboard a vintage steam train, then you are in for a surprise. The Hogwarts Express really exists! Running across 84 miles of railway, the Hogwarts Express crosses some of the most scenic locations in Scotland and the United Kingdom, including many scenes featured in the magical film series. Whether you love all things Harry Potter or simply want an exciting day out on a renowned train that has been seen in the movies, then the Hogwarts Express allows you to enjoy the breadth of scenery in the most picturesque parts of Scotland.

If you’re ready to jump aboard, this train runs through a number of locations in Western Scotland that were featured in the Harry Potter films. Take in the views of Scotland whilst aboard this train that touches on the beautiful landscape of Inverness and other scenic areas of the region. This exciting train journey begins in Fort William and Mallaig, which is near the highest mountain in Britain, Ben Nevis, that has some of the most beautiful views. The train travels past the breathtaking sites of Loch Morar and Loch Nevis.

The area of Glen Coe was used in multiple Harry Potter films including the location of Hagrid’s hut and is the home of the bridge leading to the Hogwarts’ entrance – a must-see for all Harry Potter enthusiasts.

Pass through the beautiful mountains of Glen Coe and cross the famous Glenfinnan viaduct, which was the bridge to Hogwarts. The bridge measures 380 metres in length and 31 metres in height. 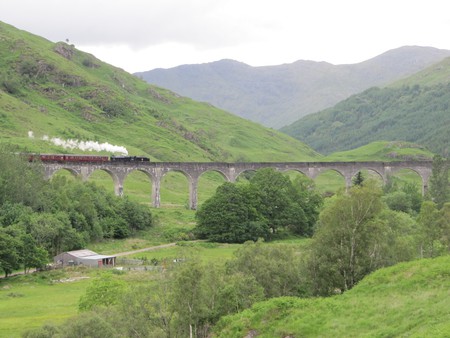 By riding across the bridge that was the exact same location as used in the actual Harry Potter movie you can take in the scenery of Scotland and enjoy your ride on this famous train. Step on board today to reminisce about the movie and step into another world with this magical train ride!