The Edinburgh Brewery That Started Out of a Camper Van 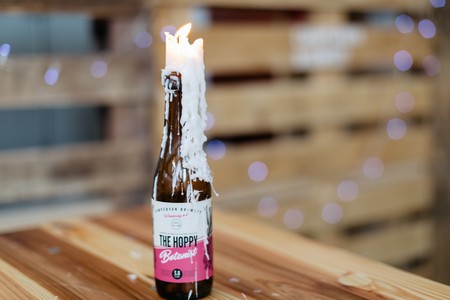 Campervan Brewery’s road to success has been anything but conventional. After taking a six-month break from his day job to look after his family, Paul Gibson began brewing beer from the back of his VW camper. Two years later, he quit his job to man the steering wheel full time. Culture Trips sits down with Paul as he maps out the Edinburgh brewery’s next steps. 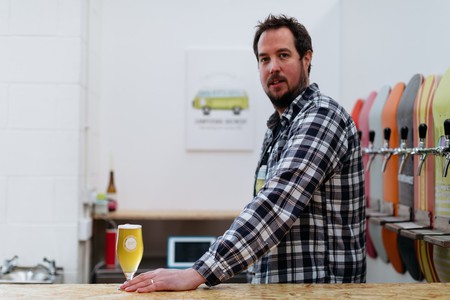 Culture Trip (CT): How did Campervan Brewery come about?

Paul Gibson (PG): I officially launched Campervan Brewery as a hobby about three years ago from the back of my old 1973 VW camper van. I used to head off in the van and just brew wherever I set up camp. I’d take the beer back and ferment it in my garage. Back then I still had a day job and I was using my evenings and weekends to brew beer and sell it to bars. Things progressed rapidly and when I reached around 100 customers, I jumped ship, left the rat race and my corporate job and set up the current brewery in January 2017. 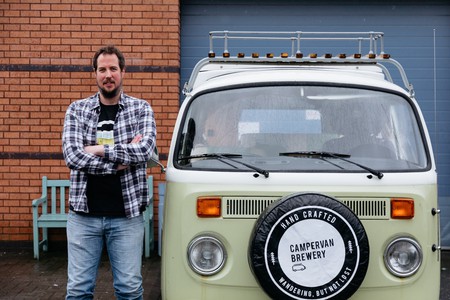 PG: I started home-brewing when at university 20 years ago. However, it wasn’t until I took a six-month career break, about five years ago, to look after my wife and daughter, that brewing became an obsession. Both were recovering from major surgery and home-brewing became my respite during such a stressful time. When I returned to work and the corporate rat race, the seed was planted and life from then on was going to be loved and not just lived. I gave up my day job within the year.

CT: What do you look for in a beer? Is it taste, or is it the philosophy behind the brand?

PG: When I try another brewery’s beer it’s 90 percent about the taste, how the flavours merge and develop, the mouthfeel and the aftertaste. From that experience I like to piece together the ingredients they used and wonder about their techniques. Then it’s 10 percent about the philosophy and the branding. If it’s a brewery I feel has a similar ethos to ours, then I’m always drawn to these beers. 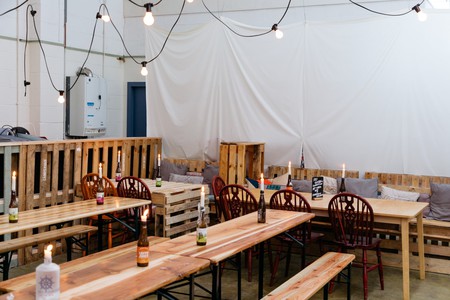 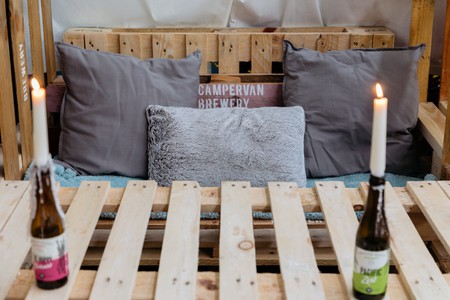 CT: Can you talk through the range of beers on offer? Does this change with each batch?

PG: We aim to produce around two new beers per month. We try not to stick to a core range, but it’s difficult as you pick up larger orders and/or contracts for specific beers and it’s easy to repeat the same recipe. For me, brewing is about having fun and expressing yourself. To be stuck brewing the same beer every day just isn’t what I want it all to be about.

As a brewer you are on a constant learning curve and always soaking up information and learning new techniques. However, the downside to this is you become more critical of your own beer. It’s a good thing really as you are always being driven to make the perfect beer.

PG: We now have over 15 beers, but two of the most popular ones are Mutiny on the Bounty and Himalaya. Mutiny is my take on a Bounty chocolate bar. It’s made with dark chocolate and roasted coconut. It’s a great drink on a winter evening.

Himalaya, which is a Gose, is one of the best beers we have produced over the past year. I think we found the perfect balance of sourness and saltiness. It’s a traditional German beer with subtle flavours from the coriander seeds, combined with a fantastic mouthfeel from the pink Himalayan salt. 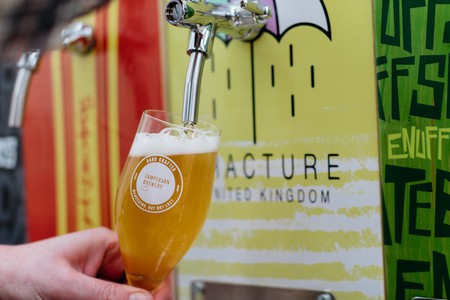 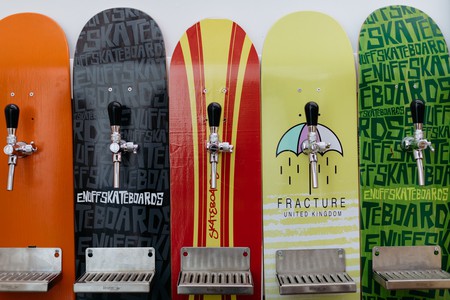 CT: What is this brewery’s approach and philosophy to brewing beer?

PG: As a home brewer at heart and a real foodie, I love experimenting with recipes and adding weird and wonderful ingredients. I find seasonal variations inspire me to make beers in a certain way and my brew team all think along the same lines.

CT: What was the first beers you made? Have your flavours changed, or have you kept it original?

PG: When I was brewing out of the back of my camper van, the first beer I released to the pubic was Mutiny on the Bounty. It’s a milk stout infused with roasted coconut, vanilla and chocolate. This beer helped build my reputation in the beer world. However, it’s proven to be the hardest beer to replicate on our big kit. On a 50L kit in the back of my van it was easy to roast 2kg of coconut by hand. But trying to roast 34kg for big batches has been rather difficult and virtually impossible to maintain consistency. For this reason we have actually moved our biggest seller from a core range beer to an occasionally brewed beer. This was a hard decision, but I’d rather make a beer that fluctuates in flavour twice a year than one that fluctuates every two weeks. 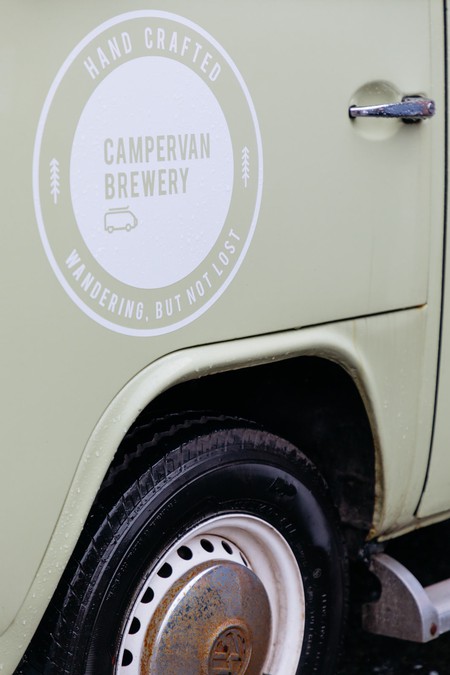 PG: Yes, we offer tours of the brewery at the weekend. It’s a great opportunity for people to come along and see where we make the beer, meet some of the brewers and taste the beer direct from the source. We have eight rotating taps on at the bar, many of which are brewery exclusives.

PG: Yes, we hold regular food and beer pairing evenings. Last month’s was a beer and cheese night and next month it’s beer paired with different charcuterie. We also invite local producers to come to the taproom at the weekends and set up a stall. This allows our customers to see what is being produced within our local community and it’s generally foods that pair well with our beers.

PG: Ninety percent of our customers are in and around Edinburgh, with a few kegs and cases escaping to other parts of Scotland. Due to us being so small we’re finding it hard to meet the demand in our home town, but as we grow over the next 12 months and expand our production capacity we should be able to get our beers out across the UK and overseas. 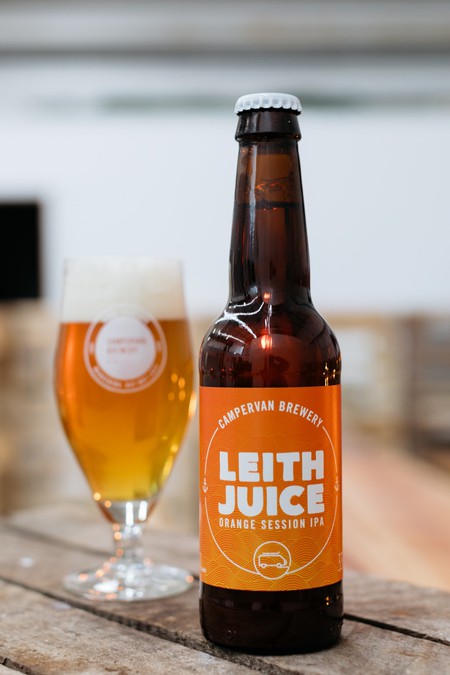 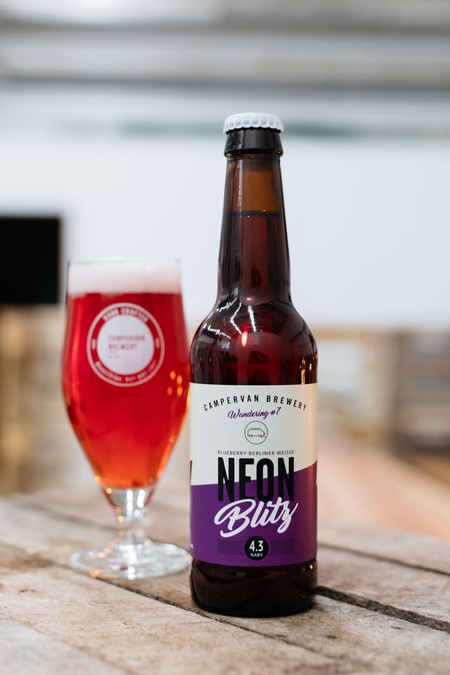 To find out more, visit the Campervan Brewery website.