The Customs and Traditions of Hogmanay, the Scottish New Year 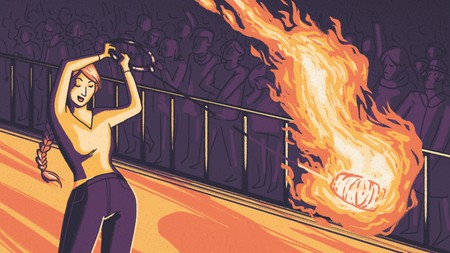 Hogmanay is the Scottish New Year’s Eve, and it’s far from just a party. One of the most legendary changing-of-year celebrations in the world, it comes hand in hand with important customs and age-old traditions that have been passed down through generations. Here are some of the most significant and long-lasting Hogmanay rituals.

Preparing for the new year

Tradition goes that before you can celebrate the new year, you have to end the old one well. Cleaning the house from top to bottom has long been a New Year’s Eve ritual, and it’s not just to avoid tidying up with a Hogmanay hangover. Traditionally, great emphasis was placed on sweeping out the fireplace, to rid the house and its inhabitants of any unwanted burdens. Clearing any debts before midnight is also advisable. 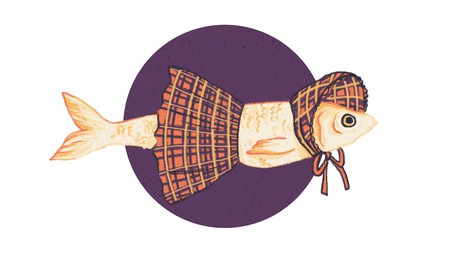 First-footing for friends and family

First-footing is perhaps the most widely practiced ritual of Hogmanay. The moment the clock strikes midnight, lads and lassies across Scotland start heading for the homes of loved ones to be the first-footer – the first person to cross the threshold of the home in the new year. Custom says that the first-footer sets the precedent for the new year, and is always welcomed with traditional Scottish hospitality – a wee dram of whisky. A tall, dark, and handsome man has historically been seen as the most desirable visitor, but today first-footers come in all shapes and guises. All are welcome – so long as you bring a gift.

The gifts, each with their own specific meaning, are a token of good luck. Common foodstuffs given as gifts vary from yet more whisky or a black bun (a traditional type of fruit cake), to authentic Scottish shortbread. Coal, representing warmth, and salt for health were the traditional gifts of choice, but some communities have had more idiosyncratic customs. In Dundee, it was once customary to bring a preserved herring, dressed up in a crepe-paper bonnet and skirt.

When the clock chimes midnight, and the moment arrives where the old year turns into the new, the words of Auld Lang Syne resonate across Scotland. A tradition adopted by numerous countries around the world, this song by Scottish bard Robert Burns implores that old friendship and old times now passed not be forgotten. Singers join hands to form a circle large or small, blaring out the lyrics. At the last verse, arms are crossed over your own chest, without breaking the grip on your neighbour. As the song comes to an end and the new year begins everyone rushes to the middle of the circle, hands still joined. 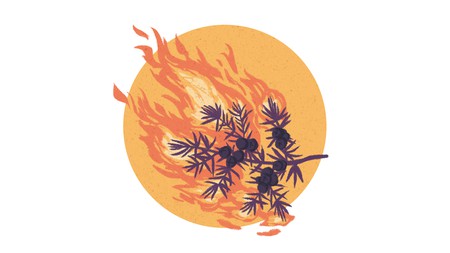 The Highland custom of saining (or blessing) the house and livestock goes far back in time, but is still practised today in some households. The ritual involves the drinking of water believed to be magic – this is sourced from a river ford that’s said to be crossed by both the living and the dead. The water is also sprinkled across all contents of the household. Next comes the burning of juniper branches to fill the house with smoke, which is believed to cleanse the household and drive evil spirits away. Afterwards, the windows and doors are opened to let in fresh, New Year air, and a nip of whisky is taken as a restorative before indulging in a hearty breakfast.

Fire also plays a significant role in Hogmanay customs, and is thought to derive from the pagan traditions of the pre-Christian Celts. The annual Torchlight Procession in Edinburgh pays homage to this history, with thousands marching through the city centre carrying blazing torches. In Stonehaven, Aberdeenshire, kilted men construct vast fireballs of up to two feet wide, so that when midnight appears, they can swing them around their heads in a procession on the High Street. Any remaining fireballs at the end of the parade are set off into the harbour.

It’s safe to say that Hogmanay wouldn’t be the same without the accompanying traditions. Although some have fizzled out and others remain, there’s no denying the legacy of such rituals and their profound impact on other societies.